At its 2021 I/O developer conference, Google announced it has surpassed three billion active Android devices, up from two billion in 2017.

The free event was available for all to attend virtually.

A major focus for this year’s conference, which was the first Google I/O since 2019, was on the company’s data collection practices. The company made several new announcements. For example, users will be able to delete the last 15 minutes of their search history.

Google also announced it will be adding a new photos folder that will be locked using a password on Android devices and Pixels and a better-powered password manager that will notify users if their passwords have been discovered in data breaches.

Now Teaming up with Samsung, Google said its “Wear” software mixes together Wear OS – Google’s operating system – and Samsung’s Tizen, also tying Fitbit’s health metrics in. This is clearly an attempt to compete with the Apple Watch – let’s see how the dual plays out. Wear will come with faster performance, longer battery life, and more connection to developers.

Google and Spotify have also teamed up for Wear devices. Users will be able to download music and podcasts to their watch.

“We believe that wearables will be more and more important in the future, and we see our investment in Wear as absolutely essential for Spotify,” said Spotify’s Jessika Malmcrona.

Google announced 3D video calling booths as part Project Starline, a new video chat system that uses 3D image renderings. Google said it hopes to make the product cheaper and more available, but as noted by Futurism, it is currently only available in a small number of Google offices. (Futurism also wrote that these booths resemble prison visitation booths, a comparison worth noting.)

Google said Project Starline is a “technology project that combines advances in hardware and software to help people feel like they’re together, even when they’re apart.”

As reported by The Verge, Google said Android 12 will come with a new “Material You” design that offers more colour and customization, including matching your wallpaper to your system colours. Google said better privacy features are also included. A beta is now available. Sameer Samat, VP of product management, Android, and Google Play, said this is “the biggest design change in Android’s history.”

With #Android12, we redesigned the entire look and feel of your phone. From the lock screen to widgets, it feels more responsive, personal and customizable than ever before. Check out a sneak peek now. #GoogleIO pic.twitter.com/c3VOm6sGad

Google Sheets will come with timelines, emoji reactions, and assisted help to identify offensive or confusing language. There will also be smart chips to connect to other docs, meetings, contacts, and other tasks.

Google said it is introducing safer routing in Maps through AI, where it will identify the road, weather, and traffic conditions.

Google highlighted its language model for dialogue applications called LaMDA. The open domain allows topics to be explored with guided and “sensible” responses, trained on text for now. Multimodal models (MUM) that pick up on voice are in the works. 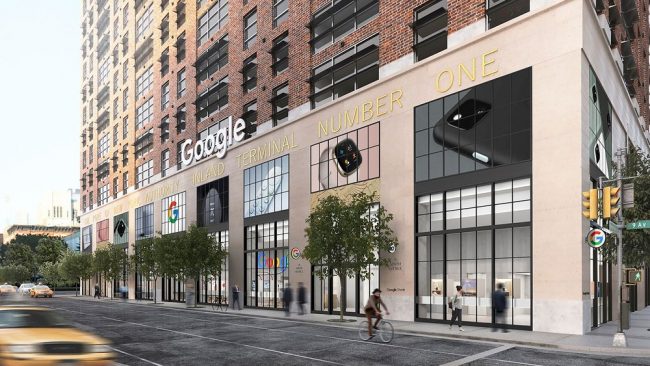 Google also announced plans to open the first ever physical retail store. The Google Store Chelsea will open in summer 2021 in New York City. The store will sell Pixel phones, Fitbit devices, and Pixelbooks, among other products.

The retail space will also have experts to help customers with troubleshooting, and how-to workshops. The Google Store Chelsea is part of the urban campus that Google has built in the neighbourhood, which employs over 11,000 people, the company said.

Google’s CEO Sundar Pichai said many of its data centres are at or near 90 percent carbon-free.

Lastly, Google announced an e-commerce partnership with Shopify. Google and Shopify will help merchants sell their products across Google’s one billion “shopping journeys” via Search, Images, YouTube, Lens, and Maps. As TechCrunch noted, Google described the “Shopping Graph” as a way to view information from “across websites, price reviews, videos, and product data pulled directly from brands and retailers.”