Highlights from Collision at Home 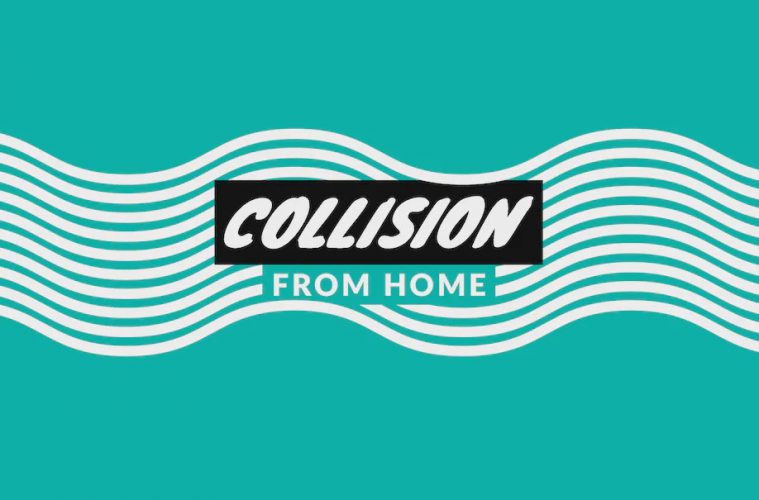 Collision from Home‘s recent three-day conference focused on a multitude of topics ranging from digital privacy to robots, retail to sports.

The technology used to manage and merge people together, which was put together in months, was functional and fun, proving there is an appetite for togetherness and it’s possible to get over 32,000 attendees from over 140 countries tuned in and engaged on one platform, responsibly.

Spread out over three main channels, also various sections, attendees could sift through broadcasts, product presentations, radio sessions and classic talks. Those that wanted to mingle could do so in a live capacity.  Anyone wanting to do a workshop had options, too.

We liked Amazon’s ROS (Robot Operating System) workshop delivered by Alejandra Quetzalli, where we learned how simulation in robotics development works. We also learned about the current state of robotics and AI in healthcare.

Folks that wanted to meet with investors to pitch their product or company could do so. And there were options to chat with other like-minded people in real time using instant messaging or by peppering emojis throughout each forum.

Three common threads that stood out:

Much talk was around how the coronavirus pandemic has accelerated change that was already happening in industries. Many said they saw this time as an opportunity to really stop, think and make moves towards the next or new phase of business and life.

Entrepreneurs and retail veterans like Ron Jonson (formerly the CEO of J.C Penney) emphasized that 2020 is about surviving so companies can thrive come 2021.

Others touched on self-improvement and the ability to overcome obstacles, particularly when fear has its grip on us.

Below is what struck us.

People want to know what will be there and what won’t following this time in our lives. Asked whether or not jobs will come back or if we have lost out to automation, Lan Xuezhao, founding partner at Basis Set Ventures said, “there will be a shift of different roles and different jobs,” and that because of the disruption to the supply chain there will be more direct-to-consumer business opportunities.

Others believed there will be more jobs for those interested in working with the technologies, such as data scientists or robotics coordinators.

Jai Das, co-founder, president and managing director at Sapphire Ventures, linked AI to our understanding of Microsoft Excel, noting we are already using tools that “do our jobs for us.”

“The pandemic accelerated AI into workforces, forcing people who are not data scientists to take the models and look at the tools that make their daily work easier,” he said. But regardless, “AI should be easy to use,” and the math that comes with it should be part of the work, so you don’t have to depend on the data scientists to take all the data and give feedback.”

One of the most enthusiastic exchanges of the conference took place between Virgin Hyperloop One‘s CEO Jay Wilder and The Verge‘s Andrew J. Hawkins.

“The Hyperloop One is the first new mode of transportation in over 100 years, and one of its greatest benefits is that it seamlessly deals with goods and people,” said Wilder, who defended the need for this type of transportation, which he says can travel 700 miles an hour.

Hawkins then asked questions around investment and whether government bodies would be keen to continue the gamble when other modes of transportation, such as light rail, are already working.

“What Hyperloop is giving is the ability to rethink some of the basis of distance and time in a way that is really, really exciting,” said Wilder. “It’s time to start with a cleaner sheet of paper,” he added, arguing that “we can operate smoothly; you will literally being riding on a bed of air using magnetic levitation and be able to hold a cup of coffee at that speed [700 miles an hour].”

Further, “the operating control systems are the same that can be used for autonomous vehicles, so we could move away from the idea of train schedules and move to an on-demand system that carries passengers and goods on the same system.”

Wilder said now seems like the time to move away from thinking about “making incremental change on something that started with steam engines 200 years ago” and look at “how we move forward on something that takes advantage of all the modern technology that we have today.”

Another talk worth mentioning was with Johanna Faries, who for over a decade, worked on fan and business development for the NFL. Currently, Faries serves as the commissioner of the Call of Duty League, a dominant esports league based on the video game. The league has 12 city-based franchises spanning across North America and Europe. While we’ve looked at the numbers and growing popularity of esports before, Faries helped us understand esports talent, comparing much of the swagger of players to that seen with WWE wrestlers.

“It’s often about the ingrained rivalries that are player specific, and these players have built up stardom and community for years,” said Faries, adding that “a lot of players are very camera ready, too.”

According to Faries, the sport is best summarized as “the NBA meets WWE with a dash of Hunger Games.”

NBA player Al Harrington and athlete and founder of Rozaay Management, Randy Osei, spoke with NBA-ers Langston Galloway (Detroit Pistons) and Rondae Hollis-Jefferson (Toronto Raptors). They talked about building businesses and the power of education, creative drive and vision, as well as the access to opportunities that are being created to help athletes.

Galloway chatted about his sneakerhead obsession and his eclectic LGKicks line, joining in with Osei and Jefferson to speak about the formation of the Athlete Tech Summit, which was founded by Osei. The event connects athletes with business opportunities, incubators and education within Canada’s tech ecosystem. Both Galloway and Jefferson serve on the advisory board.

Steve Aoki gave us some moments of reflection. The DJ, businessman and label founder was among the calmest of speakers, explaining how the pandemic may have switched out his 300+ tour date schedule, but he’s adjusted.

“As long as I’m busy in my head then I’m cool and collected,” said Aoki.

He thinks this time will be remembered as a huge personal renaissance.

He also called for others to think about creation, voicing that “technology got us to here, so where are we going to go as creators?”

Aoki’s big into sound baths, which are forms of meditation focused on deep breathing with accompanying auditory sensations. They are increasingly popular, can vary in style, and by the sounds of Aoki, really do work.

Getting deeper into sound, experiences and how our collective memories form was also addressed elsewhere at Collision from Home.

Oscar Höglund, CEO and co-founder of Epidemic Sound, unites emerging artists and storytellers to create a soundtrack for physical spaces like airlines, hotels, restaurants and on the internet, including on platforms like Facebook, Netflix and Instagram.

“Never in humanity has there been more demand for stories,” he said.

Twenty-year consumer tech veteran Susan Paley (formerly at Beats) spoke about DropLabs, the footwear tech company that brings the feel of live events inside the home. This industry is growing, for obvious reasons, and Paley is on the ground level “writing the rules and integrating a whole bunch of categories together.”

“It’s not just about music anymore, it’s about sound baths, soundscapes, immersive moments” said Paley. “It is also about looking to sound in whatever format that it takes to connect with it and the world around us.”

Molly Bloom, whose life in the high-stakes poker world was adapted for film, was a candid interview worth watching. While we’re not getting into her backstory (although here’s some information), what we saw was a poignant relay of advice on how to tell our stories in a dimensional way, overcome scandal and shame, and also admit mistakes to move forward. She did all this, even going straight to screenwriter Aaron Sorkin to ask him to make the movie Molly’s Game so she could share her story, not the sensationalism of the story.

Bloom also talked about choices and the importance of slowing down and staying in the objective, rational mind, making sure not to get too far in with what the crowd is saying.

“Align with what you believe in and your morality. Act with what matters now,” she said. But ultimately, “you don’t know who you are until you get to a breaking point.”

Two other ladies, Arianna Huffington and Ariel Garten, continued the conversation around choices, stressing the importance of gratitude and intent.

“When we are exhausted and depleted, the first things that are sacrificed are creativity and the ability to innovate and make good decisions, which are critical for any entrepreneur, so, maybe this is the ideal time for founders to look at the data since we have a moment and put our own oxygen mask on first,” said Huffington, founder and CEO of behavioural change platform Thrive Global.

“Growing levels of stress make it harder for us to focus and be productive so it is important to focus on intent and microsteps,” she said. “Focus on your breathing, on what your grateful for, and disconnect from your phone at night.”

“Everything you do is broken down to what we call microsteps, in that they are ‘too small to fail,'” she explained, noting that daily tasks like washing our hands or doing the dishes can be enough to keep the feeling of failure at bay.

That fear of failing, or fear of not being able to control one’s surroundings was further explored by Ariel Garten, co-founder of Muse, the brain-sensing headband that measures electrical activity of the brain.

“Deep breathing exercises, breathing in and out the difficult thought or feeling, can allow you to focus your attention,” said Garten. “Be compassionate and connected. It’s incredibly important to change our state of mind and our state of being. Also, reach out to people, take intentional walks, these are things you can control.”

Garten explained that activities like exercise gives us something we can do,  something that we can work on or work towards.

“It really is a like a triple whammy: it gives you a sense of control, it changes your physiology and neurochemistry for the better and it gives you an activity that you can just throw yourself into. Now you can be engaged not in thoughts, but rather, the activity,” added Garten.