Storied premium cognac brand Hennessy has announced their newest  artist partnership in their highly successful on going Hennessy Very Special Limited Edition Series collaboration project. This year the renowned arts patron has partnered with highly acclaimed urban artist JonOne as the designer of their 2017 custom-designed bottle. With this partnership the Harlem-born, Paris transplant will be joining the ranks of other internationally acclaimed artists like Ryan McGinness, Shepard Fairey, Os Gemeos, KAWS, and Futura.

Born John Andrew Perello in New York’s Harlem in 1963, JonOne today is an icon among urban street artists. Entirely self-taught, he started his work as a graffiti artist at the age of 17 where he began tagging his work “Jon156”. In 1987, with money saved doing odd jobs – including being a men’s room attendant at the infamous New York nightclub Palladium – he took up an invitation from a fellow artist and bought a one-way ticket to Paris. Once in Paris he immediately emerged at the forefront of the street art movement. In his 30-year artistic career in France, JonOne has been featured in dozens of shows and has expanded his range to decorative projects from rugs and speakers, trains and even a Boeing 777. Over the years, several JonOne works have set records at auction for graffiti art sold in France. In 2016 alone, JonOne counted six solo exhibitions in France, one in Israel and one in the United States. 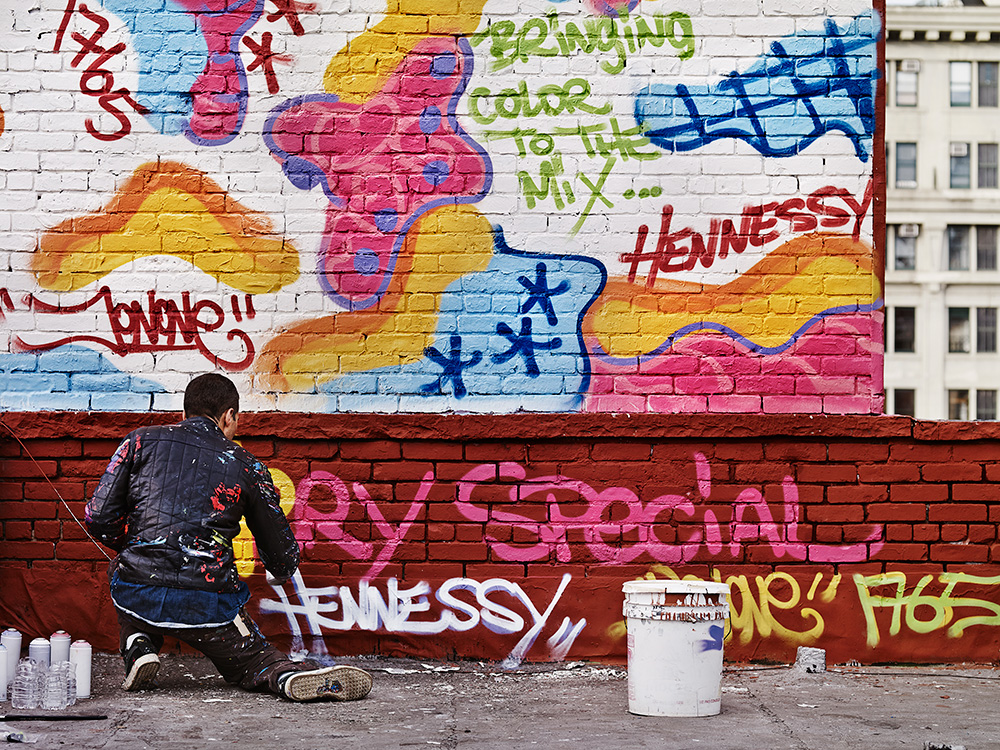 “The freedom of the street is what made me want to pursue art in the first place,” notes JonOne. “The subway is like a museum that runs through the city. Then, as now, my question is always, “How do I make my art live?” I want people to look at it and say, “What is this?”. Hopefully, they’ll be inspired. I want to see where it takes them — and where it might lead me next.”

“JonOne is a unique talent who shares many traits with Hennessy,” Bernard Peillon, Chairman and CEO of Maison Hennessy says of the artist.  “Jon has an open spirit, he stays curious.  His passion lies in constantly pushing his work to new heights, new territories, even though he is already a true master, and has nothing left to prove. Like Hennessy, he never stops and never settles.” 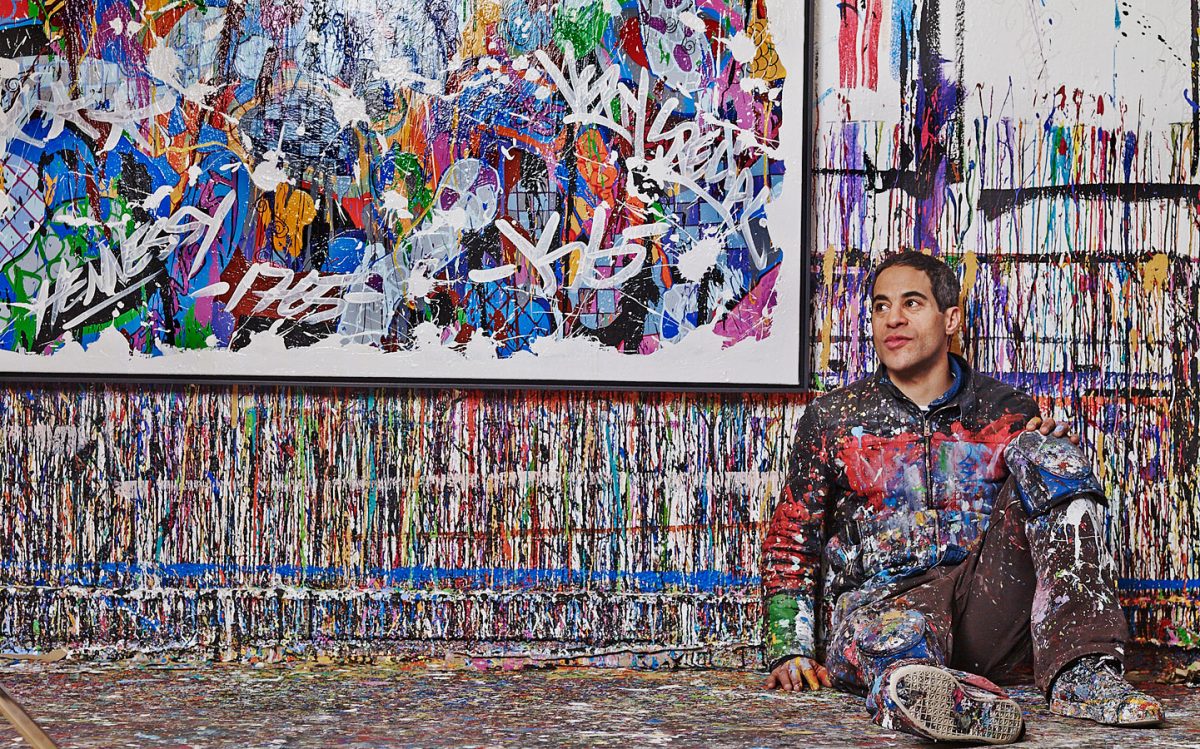 Naturally the Hennessy Very Special Limited Edition by JonOne is a colourful and vibrant affair. With an energy that has come to define his style, JonOne built layer upon layer of freestyle splashes of colour, intermixed with Hennessy’s own imagery, echoing the complex layers of flavors and aromas.

The design will appear on a limited run of the flagship Hennessy Very Special bottle and accompanying gift box.  A special deluxe gift edition is also available, featuring a 1.75L bottle decorated with JonOne’s iconic tag and Hennessy iconography.  It is encased in a whimsically over-sized paint can, inspired by the artist’s studio and creative inspiration.

The Hennessy Very Special Limited Edition 2017 by JonOne will be available in North America in Summer 2017 and will be sold in almost 50 countries worldwide. Make sure you get your hands on one before they are all gone! 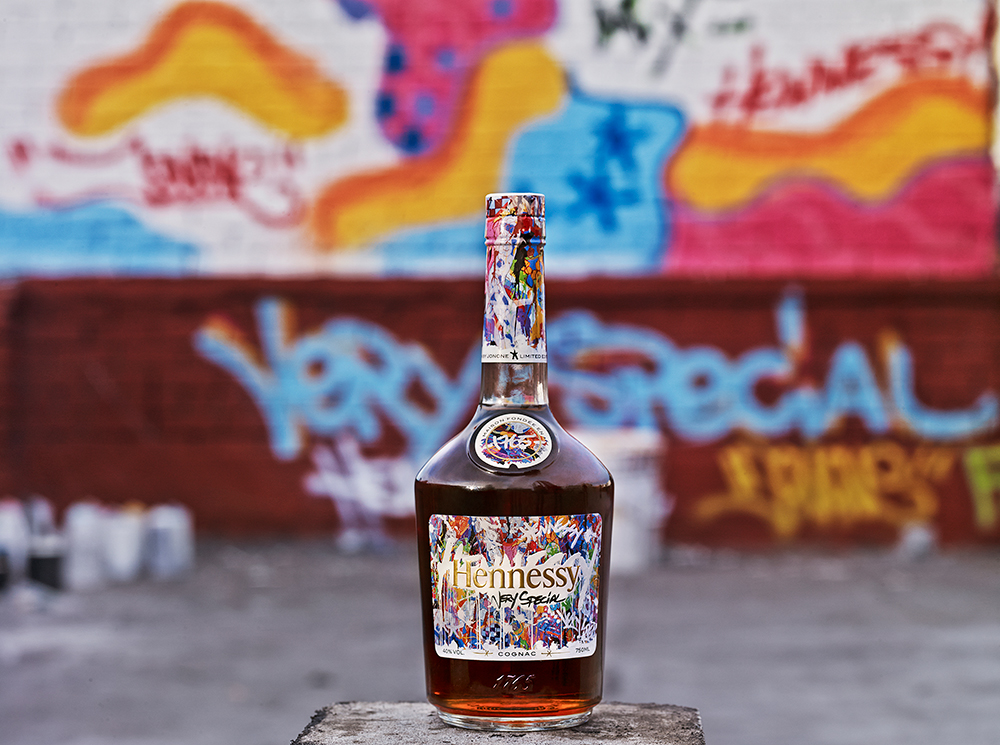