Your favourite rappers favourite cognac Hennessy, has announced their latest artist collaboration for their ongoing Very Special Limited Edition bottle series. Featuring Portuguese urban artist Alexandre Farto – aka “Vhils” – the campaign is rooted in the artist’s motto of “Making the Invisible Visible.” The bottle is the eighth in their ongoing series of innovative collaborations between Hennessy V.S and several internationally renowned artists including JonOne, Shepard Fairey, Kaws, and other acclaimed artists.

What makes Vhils such a force in the world of street art is his departure from graffiti writer to what he has termed an “urban archaeologist.” Recognized and regarded as a great disruptor, Vhils came of age in the fast-changing capital of post-revolutionary Portugal.

Watching as political messaging covering walls was replaced by advertising, only to have that then covered by graffiti, then covered by more advertising, and so on and so forth in a never-ending cycle.  Having established his signature on city walls, Vhils pioneered a new form of urban art and expressionism through monumental portraits chiselled (and even exploded) from built-up layers of paint or paper, stone, wood, steel or concrete. While attending the Byam Shaw School of Art in London, Vhils won international acclaim at age 21, when his work appeared alongside Banksy at the Cans Festival in London in 2008. 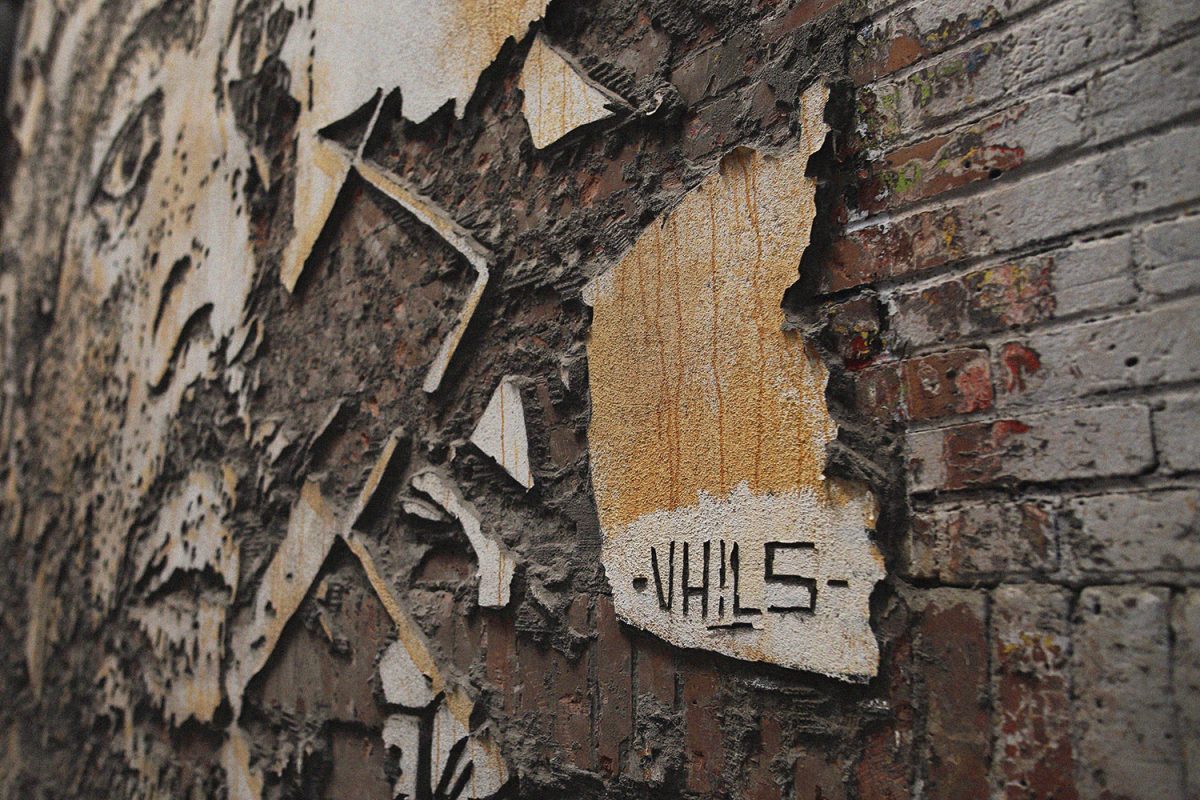 The partnership between the global cognac brand and Vhils makes sense if you view Vhils’ approach to his art as a metaphor for the art of Cognac-making: both rely on the unpredictable, immutable force of time and the elements.  “When I discovered the story behind Hennessy, I realized that this collaboration was a perfect fit with my art and ideals. I’ve been pushing the boundaries for 10 years, but then I realized that Hennessy’s been doing it for more than 250!” Vhils explained. “Whether it’s about exposing the nature of a city or blending a perfect Cognac, for both of us, the essential element is time. You have to wait for it, let it do its job, and then work with the layers time has shaped. There’s no speeding up the process and there’s always an element of risk-taking.” 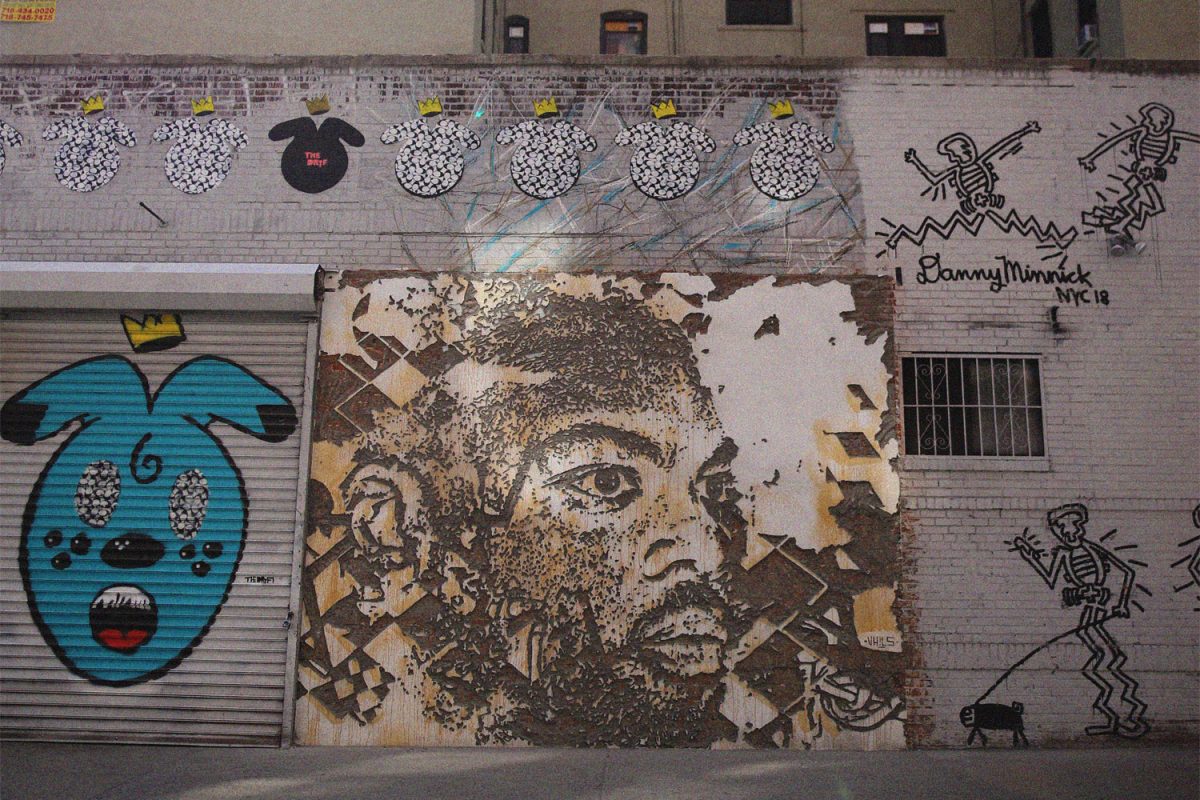 Obviously, you can’t chisel (or blow up) into a bottle of Cognac, if you want to still have it afterwards, so as the artist for the 2018 Hennessy Very Special Limited Edition bottle, Vhils was invited to spend time in Cognac exploring the vast brand archives. Pulling key pieces of imagery to use in the design of the bottle, such as the Three Star emblem, and the delicious amber hues, Vhils set to work creating a one of a kind piece through experimentation with paper, heat and acid. The end result is something spectacular. 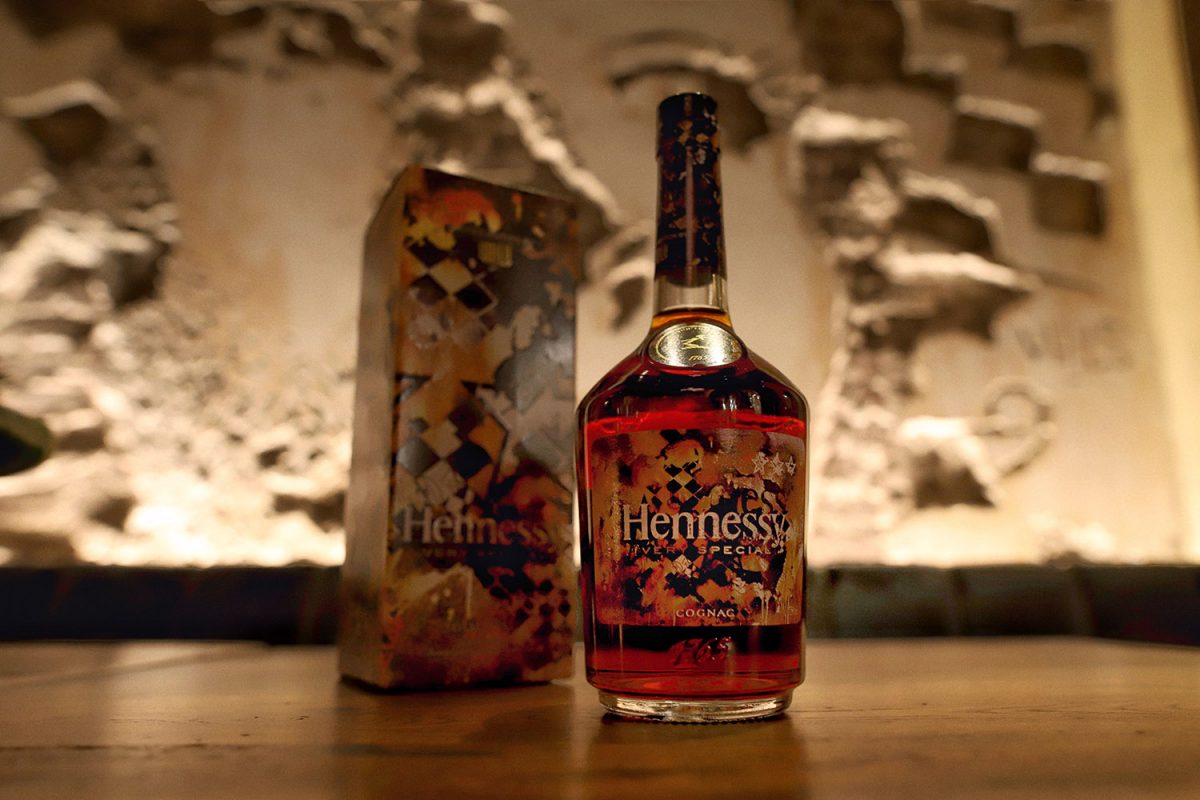 To celebrate this collaboration, Vhils is on a worldwide tour with Hennessy making stops in select cities, where he will partner with a local artist that reflects the spirit of Hennessy to create a unique piece of art. The first stop of the tour was in New York where Vhils met and vibed with local DJ and son of the legendary Jam Master Jay, TJ Mizell, using him as the subject to create a mural in the heart of NoLIta in New York.  The piece is 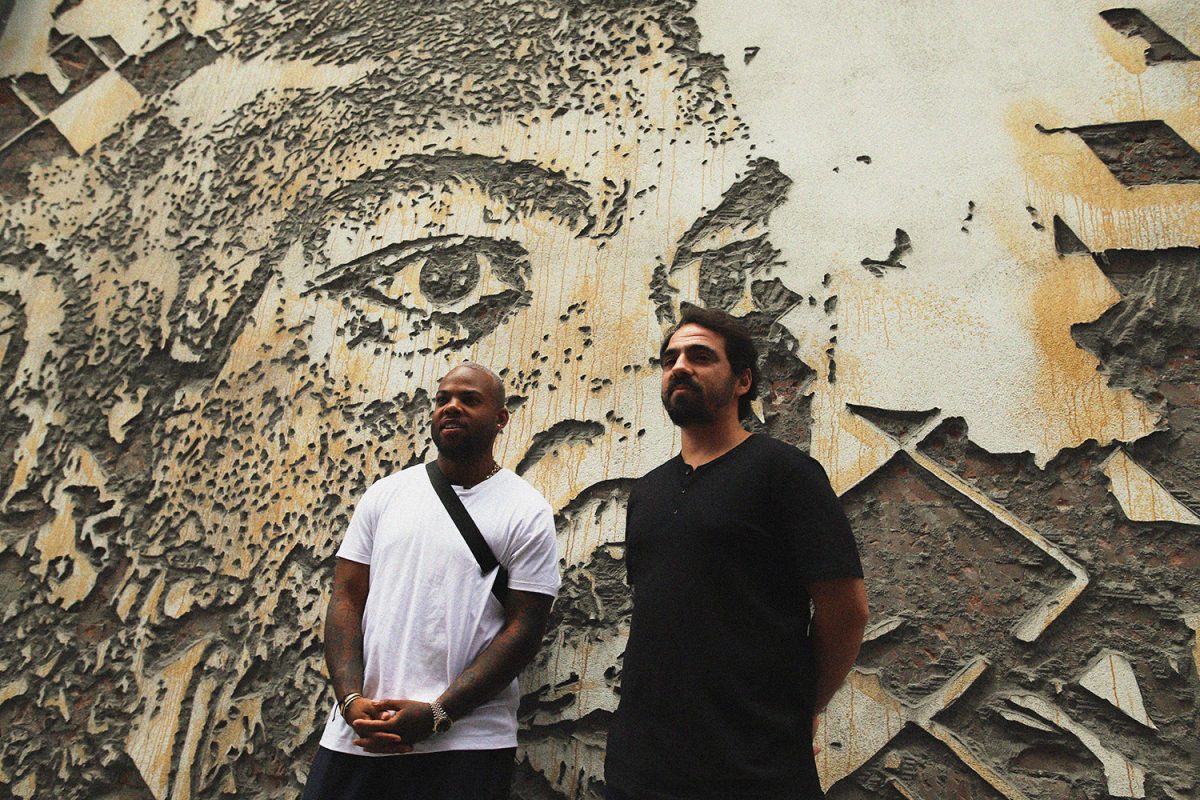 Watch the beautiful wrap-up video Hennessy produced for the unique creation of the TJ Mizell piece below. The Vhils designed Limited Edition VS Hennessy bottle will be available at select retailers at the end of the July in the US and late September in Canada.