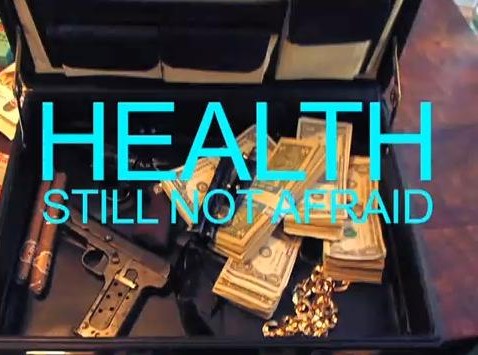 LA rockers HEALTH rocked our world when we saw them at a wee indie festival in Paris two years ago and they’re back, Aussie style in this video that has been banned by some publications for its many NSFW components.

They’re gearing up for an Australian tour next month and this fake movie trailer is a salute to that in a way, with a collage of Aussie-stuff like Vegemite, Kylie Minogue, Koalas and Sharks at the end of all violence. It’s video is kind of weird in a way, but these guys are pure jokesters so it’s not a shocker that the tour promotion doesn’t include any of their music.