Entitled The New Breed, the campaign features a British bulldog named Spud being totted in a yellow 3.1 Phillip Lim Pashli bag, an English Bull Terrier named Dozer in a blue Sophie Hulme tote, and a Staffordshire Bull Terrier named Pepper in a Marc by Marc Jacobs.

Shot by Miles Aldridge, the campaign is one of many which now utilizes mans best friend and other animals like cats, instead of models, and we couldn’t love this trend any harder! Woof! 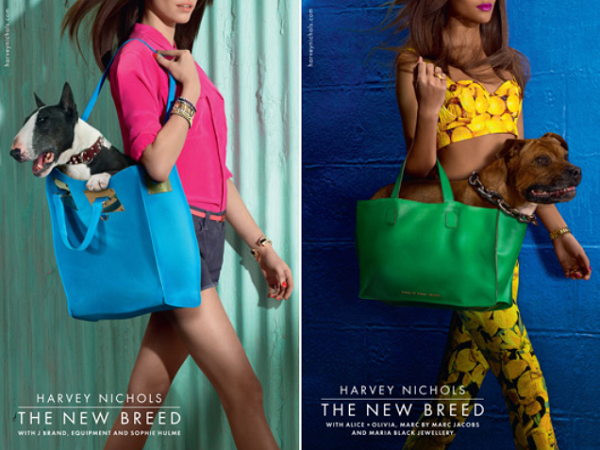