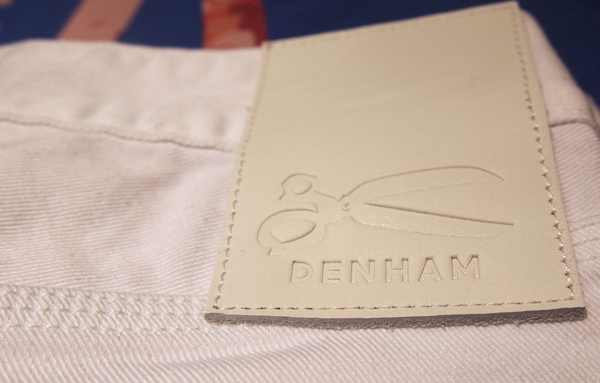 Earlier this month, Englishman turned Amsterdam transplant, Jason Denham of DENHAM jeans made a quick trip over the pond to visit with Harry Rosen, one of the first stores to carry Denham in Canada. While Jason was in town, we were invited to meet with Jason and talk about the brand, denim history and  denim culture in general.

After already establishing his reputation in the European market as a consummate “jeanmaker” known for mixing denim modernism with workwear tradition, Jason decided that it was time for something fresh, new and undeniably mouth-watering. Assembling a small like-minded team of international designers, Denham set-up operations in Amsterdam in 2008. After five short years of hard work the DENHAM team has created a collection worthy of high praise.

Denham design is permanently tied to their belief in denim’s basic integrity.  They look at the core of what drives jeans culture to inspire the approach they take in everything they do. The DENHAM label is focused on balancing an intense commitment to progressive design against an equally obsessive respect for jeans craft tradition. In step with founder Jason Denham’s long held personal creative convictions, they endeavor to manifest a practical “jeanmaker” attitude of honest craftsmanship multiplied by fearless experimentation and invention not only in every jean they create, but in every garment in the line and every other aspect of the label.

Of all these elements, the “7-Point Pocket” is the most iconic.  If you draw a line around your hand, the shape will have seven points, not five. For DENHAM this is symbolic of the “hand of the worker” for whom workwear was originally created and the “hand of the jeanmaker” as well.  Denim purists may get a little nervous about replacing a traditional 5-point pocket with something new, but for DENHAM it follows the same spirit of practical invention that led them to the use of machinist’s rivets on a pair of pants in the first place.

Oh and why is the brands logo a pair of scissors? Well those scissors are in the shape of Jason’s first scissors when he started in the denim game. Take a look at some pictures below, including Harry Rosen CEO Larry Rosen chatting with Jason Denham and a special video from the brand. 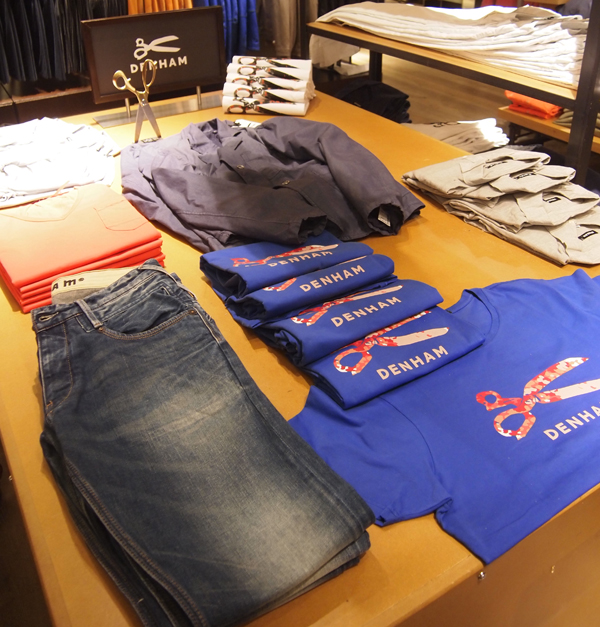 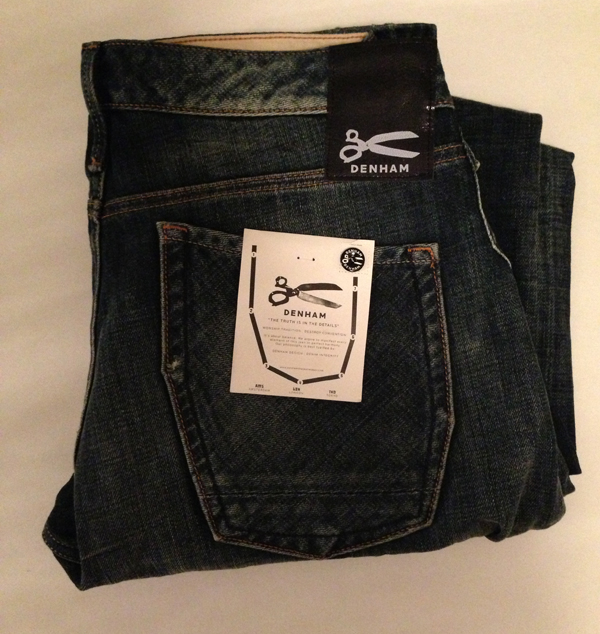 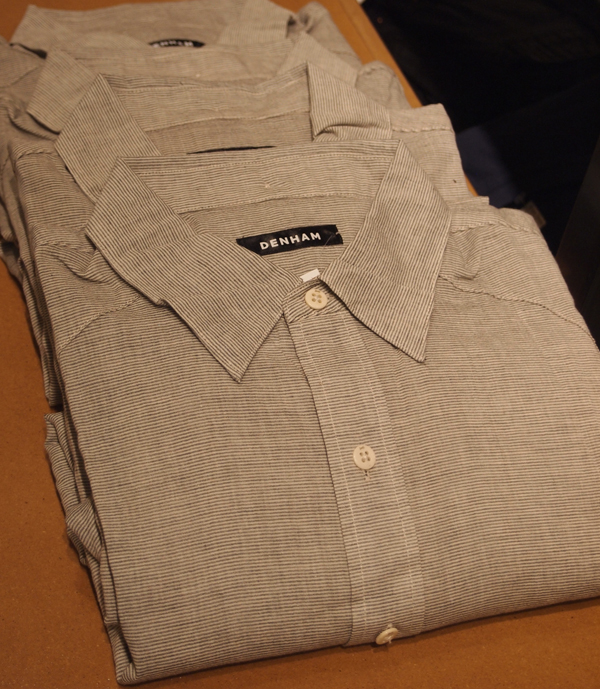 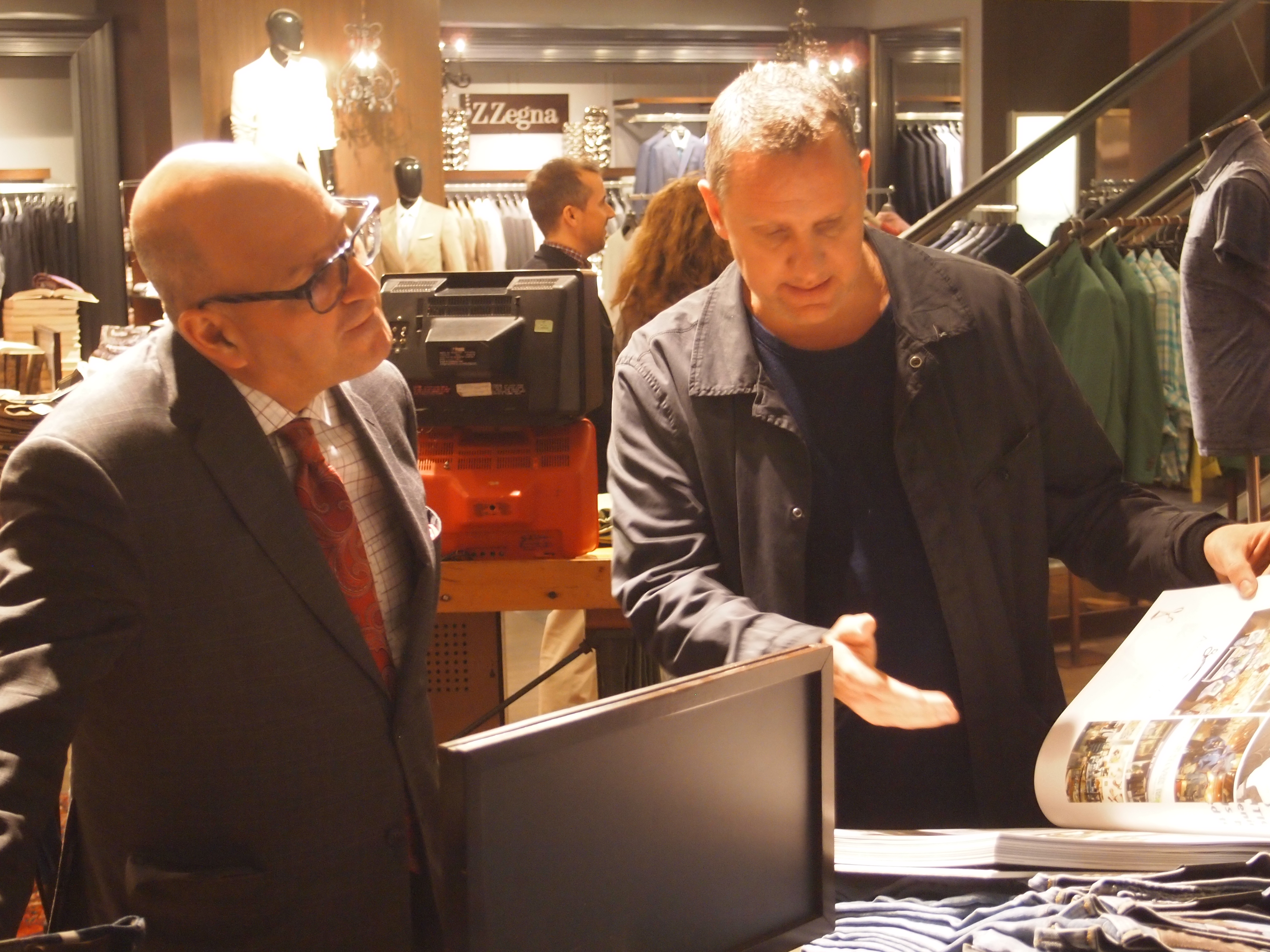