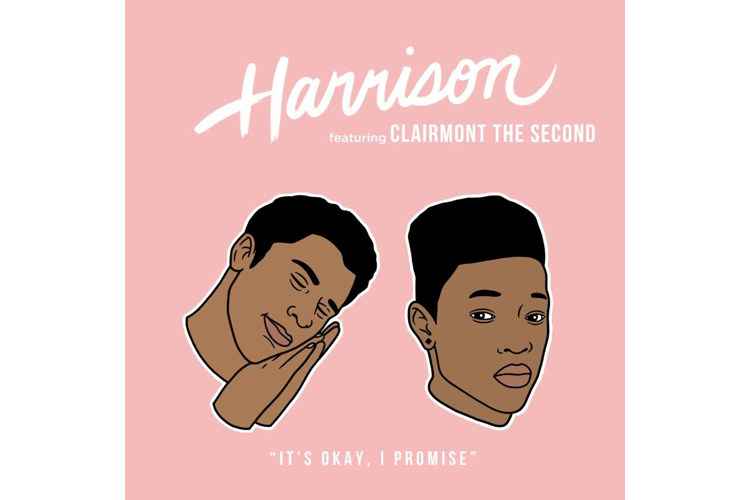 Toronto’s own Harrison is back at it again with his first new single since 2015’s Colors EP. Titled “It’s Okay, I Promise” it’s a tight track that features Toronto rapper Clairmont The Second. With the single comes a video, directed by Scott Cudmore who took the 3 minute track and turned it into a 7 minute long cinematic masterpiece.

As Harrison told us…

It was the most fun I’ve had ever shooting a video so far and Scott REALLY knows what he’s doing.

When we asked Harrison about working with Clairmont he replied…

He’s so fucking cool I want to hang out with him all the time. He’s really good at producing as well.

Hopefully this means we can expect to hear more from this slick pairing of Toronto talents. Watch the dope video above.

To celebrate the single release, Harrison and Clairmont are releasing an enamel pin set inspired by the single artwork (below), which you can get starting Friday via the Last Gang shop.

Harrison’s debut LP is due out later this year. Stay tuned.