Hands-on with the Google Pixel 4

Now that Google has fired its own salvo for 2019 in the form of the Pixel 4 and Pixel 4 XL, we got the chance to use them and see whether they’re worth the lower-than-iPhone price tag.

For starters, Google has never really been interested in winning any pageantry awards for its Pixel phones. The ho-hum design continues with these two, though within the simplicity come some interesting choices. We really dug the orange (or “oh so orange,” as Google calls it) variant for a couple of reasons: it looks good anywhere, and it’s not a colour you’ll often find on a phone or case.

That backplate also houses a new camera setup that now includes a second lens — the first time Google isn’t flying solo with its rear lenses. Surprisingly, the company went with a 16MP zoom lens, not an ultra-wide one, like others, including Apple, have embraced this year (though LG and other brands offered it going back to 2016). 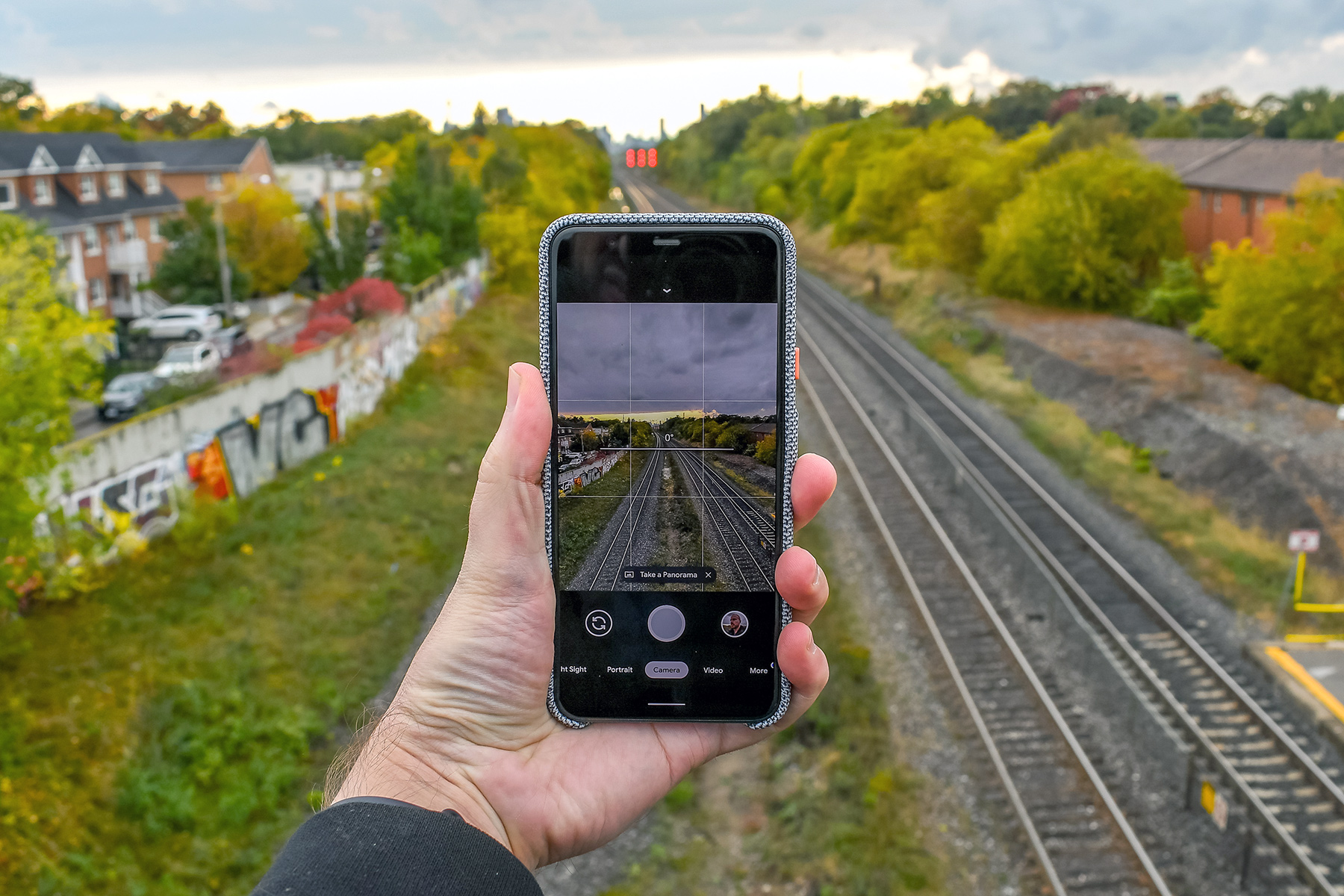 It’s supposed to complement the 12.2MP standard wide lens, which as far as we can tell, is really similar to the one Google crammed into last year’s Pixel 3. Despite that, camera performance is going to be a focal point (no pun intended) on how good these two Android phones turn out to be.

We went out and snapped photos wherever we could, and found performance to be just as elite as we expected. The Pixel phones were already known for good cameras, and the Pixel 4 and 4 XL won’t disappoint. Night Sight is still great, and Lens can be useful for a variety of things, like translation and context. 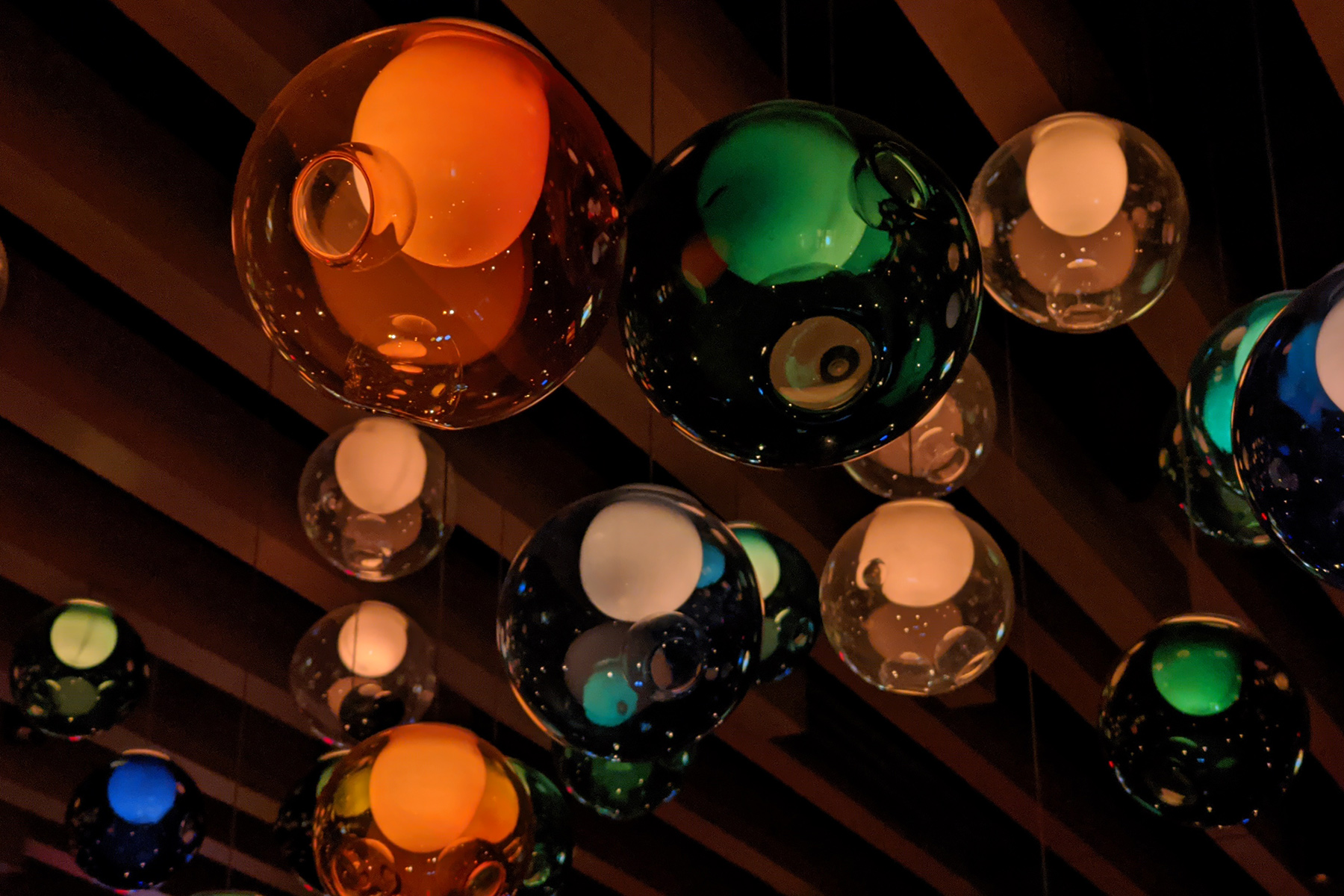 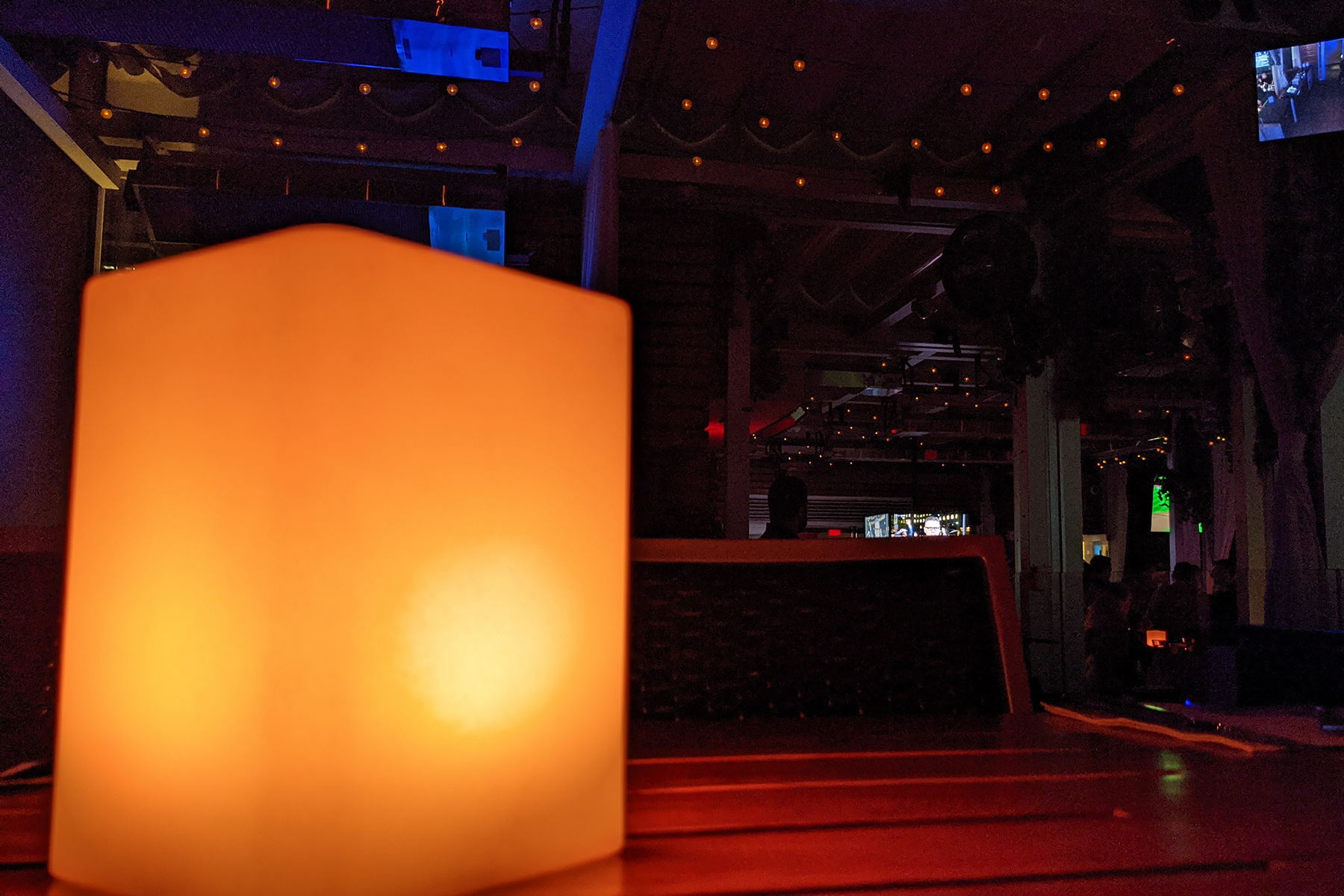 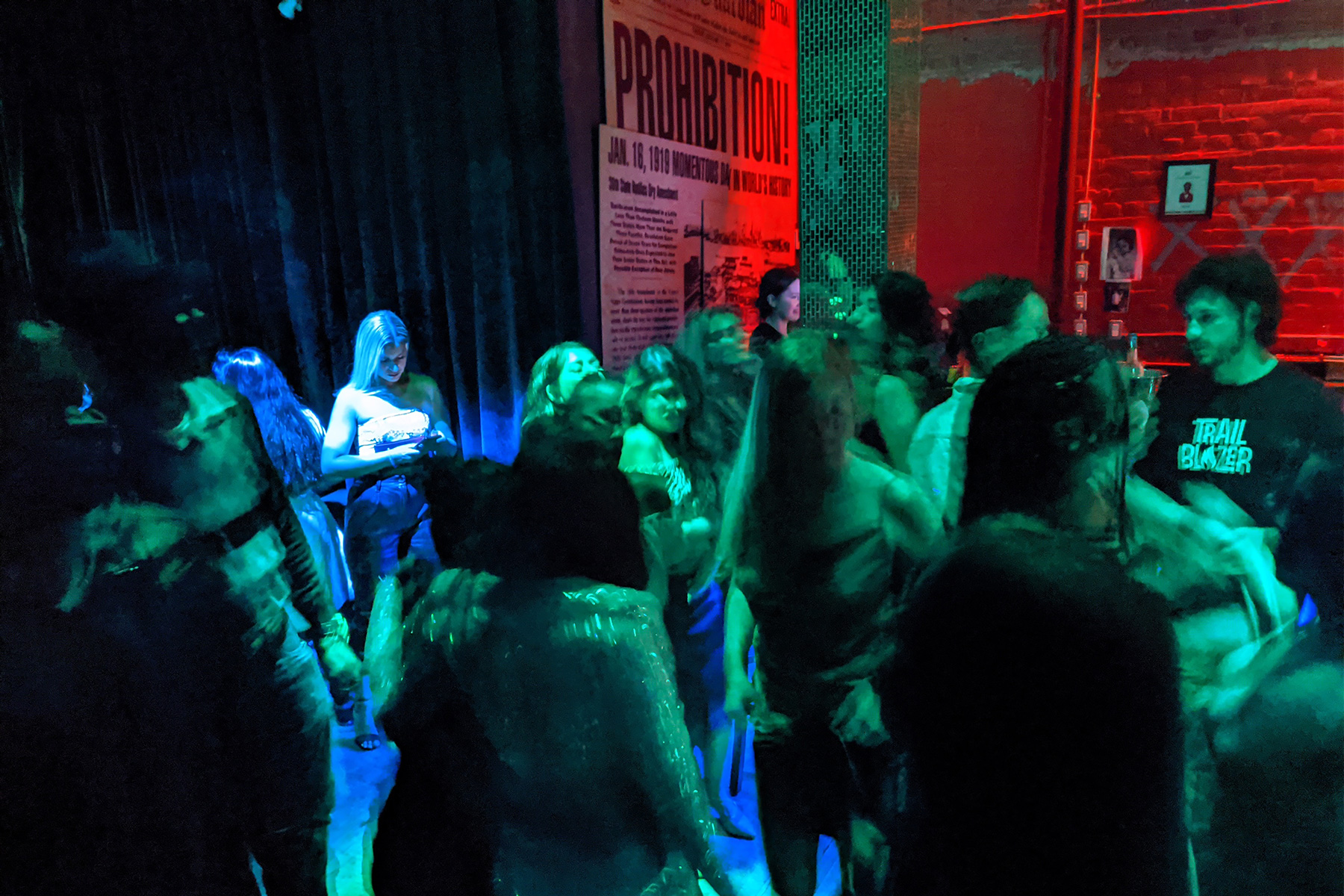 There were two new things that stood out. Most times, phone cameras let you adjust the exposure with a slider (usually with a sun icon) to brighten or darken the highlights. The Pixel 4 adds that same feature, only for shadows, letting you manually control the image’s dynamic range at the same time. It was probably our favourite feature on the new camera.

The second thing was that there was no visible way to switch lenses. We figured out that double-tapping the screen in the camera app switched between them. The zoom lens has a mix of optical and digital zoom at 2x, whereas pinching-to-zoom took that up to 8x. Google introduced it last year as Super Res Zoom, using software to make zoomed-in images look better than they otherwise would.

Unfortunately, with astrophotography now part of the mix, we weren’t able to shoot for the stars, given how brightly lit Toronto is. Without getting the chance to head out to darker skies, it wasn’t a feature we could truly gauge yet. 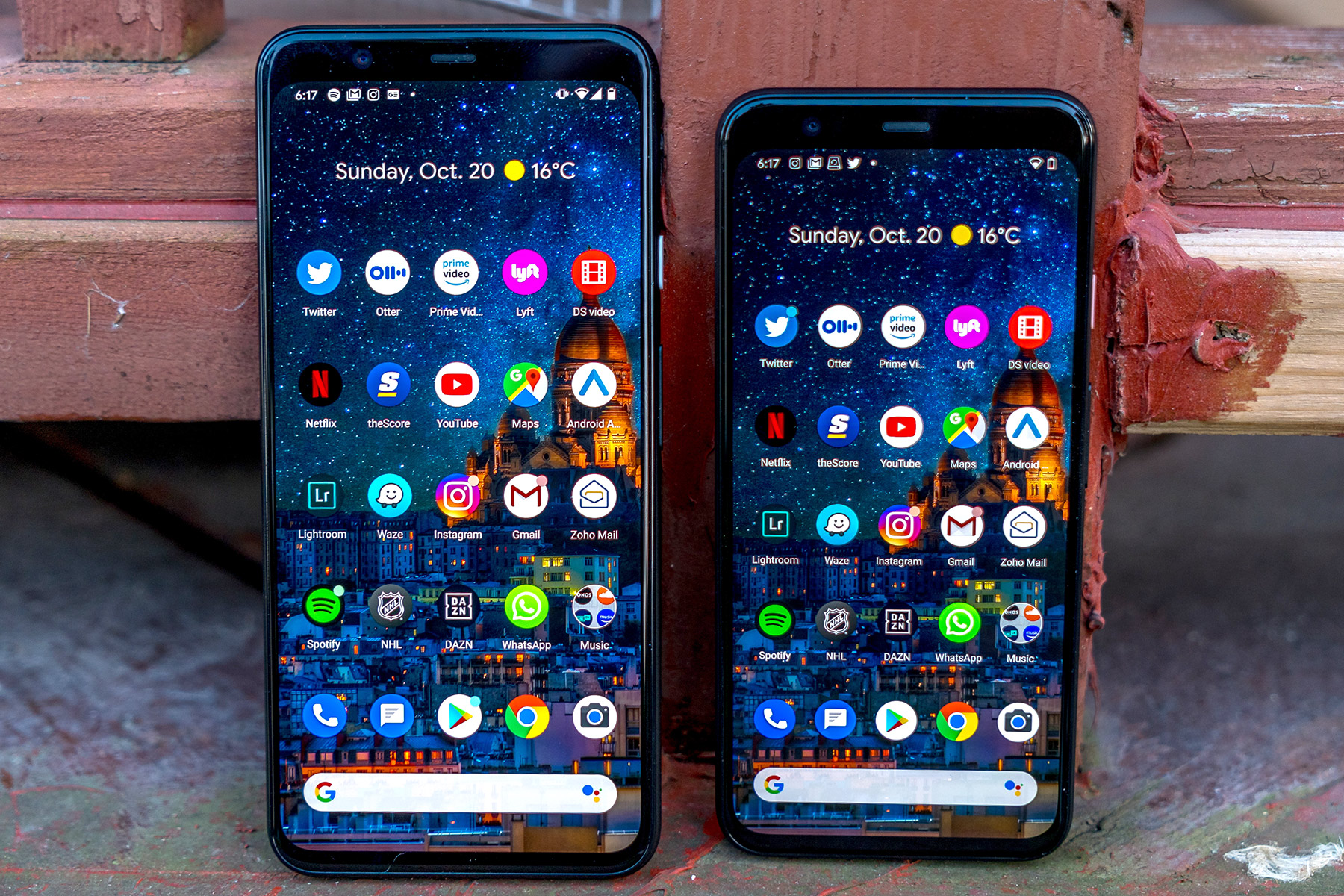 The rest of the phone isn’t necessarily ground-breaking, but at least some new features are included. The Pixel 4 has a 5.7-inch display, whereas the Pixel 4 XL is bigger at 6.3-inches. Both have 90Hz refresh rates — what Google calls “Smooth Display.” It’s an apt name because that’s exactly what it feels like. Whether navigating Android or wading through apps, you will notice the difference like we did. The only catch is that it kicks in automatically. If you want it on full-time through the settings, expect to take a hit on the battery.

We weren’t thrilled that Google ditched the fingerprint sensor in favour of a face unlock, but we can also understand if you prefer it that way. It does work, except Google will have to patch the issue of closed eyes being able to get past it. That’s a security flaw we’d rather avoid, so until it’s fixed, we chose to leave that feature off.

The Pixel 4 phones have radar sensors called Motion Sense that, in part, know when you’re reaching for your phone, lighting up the screen and getting face unlock ready (assuming you have that feature on). It also lets you use gestures to control certain features without touching the phone. For example, we were able to skip tracks by hovering our hand over the screen like we were ready to karate-chop something and swiping left or right.

We could do the same thing with phone calls and alarms. It’s kind of neat, but also needs work. It just never felt truly intuitive, though we did like that it worked when the screen was locked. It’s also limited to a few apps, like Spotify, YouTube, YouTube Music, plus the phone and alarm apps.

We did appreciate the audio transcription in the Recorder app. If you ever need to record and transcribe a lecture or interview, this app is really interesting. There’s already a solid competitor in a third-party app called Otter, but since Google’s works locally on the device (Otter needs data access to transcribe), it can work anywhere.

Some other things already stand out, like dark mode for Gmail and an improved Google Assistant. The latter is more an Android 10 innovation, but it’s still cool that you can launch an app and go somewhere direct within it. For example, if you say, “Hey Google, open Instagram and go to Sidewalk Hustle,” it will do just that.

Beyond that, the Pixel 4 and 4 XL are really about the cameras first, with everything else coming second. They don’t blow away the competition, given how much Apple stepped up to the plate, and that Samsung, Huawei and OnePlus are in the running, but they are still world-class.

It’s a shame Google thinks 64GB is acceptable for a premium phone, but with a lower starting price than the Pixel 3 last year, that might be Google’s way of justifying the $1,000+ cost.

For the Pixel 4 and 4 XL, you get to pick from three colours of just black, clearly white and oh so orange.

Pre-orders are already happening leading up to availability starting on Oct. 24. Here are pricing and storage options (all prices CAD):