We’ve been counting down the days since Apple first announced a totally redesigned new MacBook Air with M2 chip back in June at WWDC (in case you missed it, get the full scoop here) and tomorrow, July 15th, the highly portable new laptop is set to hit stores.

We had the opportunity to get some hands-on time with this sleek little workhorse ahead of tomorrow’s drop and are excited to share our initial thoughts after using it for about a week now. There are quite a few new features that make the new MacBookAir tick in a technical sense, but it’s the portability of this powerful little notebook that separates it from the competitors. It weighs a tad more than your favourite glossy magazine and fits neatly into a handbag, backpack, or tote bag (unlike the heafty MacBook Pro which may have you headed for a visit to the physical therapist if you’re carting it around regularly).

They’ve also baked in the new M2 chip around the design which boasts increased efficiencies and double the memory bandwidth, so it can handle even bigger workloads on-the-go than you could have ever imagined even in your most caffeinated state. On first glance it isn’t noticeably different than other MacBook models but its beauty is in the thoughtful details, something new Mac users and seasoned fans will appreciate.

Let’s dive into what makes the new MacBookAir tick below.

Weighing in at 2.7 pounds, the MacBook Air has been completely overhauled around M2. Available in two new all-aluminum finishes, midnight and starlight (as well as the existing silver and space grey), the visible differences are as subtle as the unibody enclosure is thin, measuring 11.3 millimetres. It feels substantial in hand, but not at all bulky thanks to a twenty percent reduction in volume from the last generation and a silent fanless design.

Inside, the 13.6-inch Liquid Retina display is now 25 percent brighter and stretches a little closer to the edges to offer more screen real estate supporting over 1 billion colours. There’s a 1080p FaceTime HD camera and a four-speaker sound system with Spatial Audio built in, so you’ll notice a level up in Zoom Meetings thanks to better low-light performance, double the resolution of previous models, and a three-mic array that delivers crisp audio and captured vocal clarity.

Above the industry-leading Force Touch trackpad is the oh-so-satisfying Magic Keyboard which features a full-height function row with TouchID remaining comfortably and conveniently in the top right corner. There are both a MagSafe and two thunderbolt charging ports on the left side body as well as a 3.5 mm audio jack to support high-impedance headphones on the right.

Small but mighty, the MacBook Air packs an impressive amount of performance and efficiency into a highly portable package that’s perfect for the avid traveller and anyone who leads a busy go go go lifestyle that demands a lot from their devices. Thanks to M2, this MacBook Air has a faster-unified memory subsystem with 50 percent more bandwidth than M1 and up to 24GB of unified memory. Plus with a higher-performing CPU and GPU graphics performance that is 35 percent faster than M1 and a supercharged Neural Engine that processes 40 percent more operations per second than M1.

Somehow Apple managed to build on that even further with a battery that lasts up to 18 hours even with significant gains in performance. With a unified memory architecture and the custom technology of Apple silicon, the new MacBook Air is maximizes power efficiency and performance, especially when compared to competitors.

And in addition to MagSafe charging, Apple has also added a new 35-W compact power adaptor with two USB-C ports in the box to allow for two devices to be charged at once. There’s also an optional 67W USB-C power adapter which enables fast charging to 50 percent in an impressive 30 minutes.

Designed with automation in mind, macOS Monterey now offers various Continuity tools like Universal Control to optimize workflow and allow seamless handoff between Mac and iPad, and our favourite browser Safari got an upgrade to help with organization through Tab Groups and Shortcuts. Later this fall, macOS Ventura will continue to build in features like Stage Manager, Continuity Camera, and Handoff for FaceTime as well as bigger updates to Messages, Spotlight, Mail, Safari and others, so stay tuned for that. 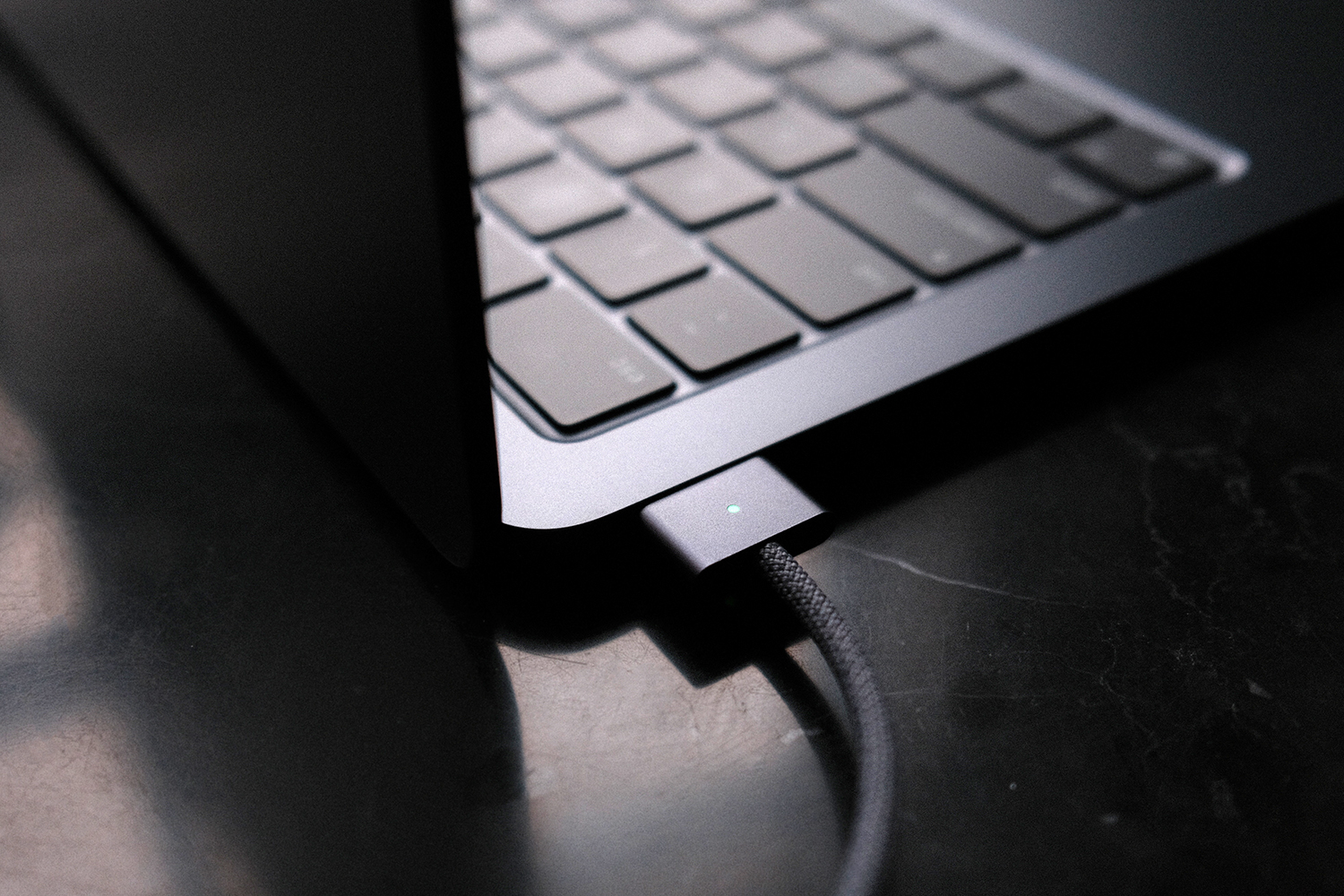 The MacBook Air with M2 is available to order July 15th at 8am EST online and in stores starting at $1,499 CAD (and $1,374 CAD for educational purposes) in four finishes midnight, starlight, silver, and space grey. Existing Mac users will also be able to trade in their old laptops for credit towards their new Mac – click here for more details on Apple Trade In and to order MacBook Air with M2, click here.