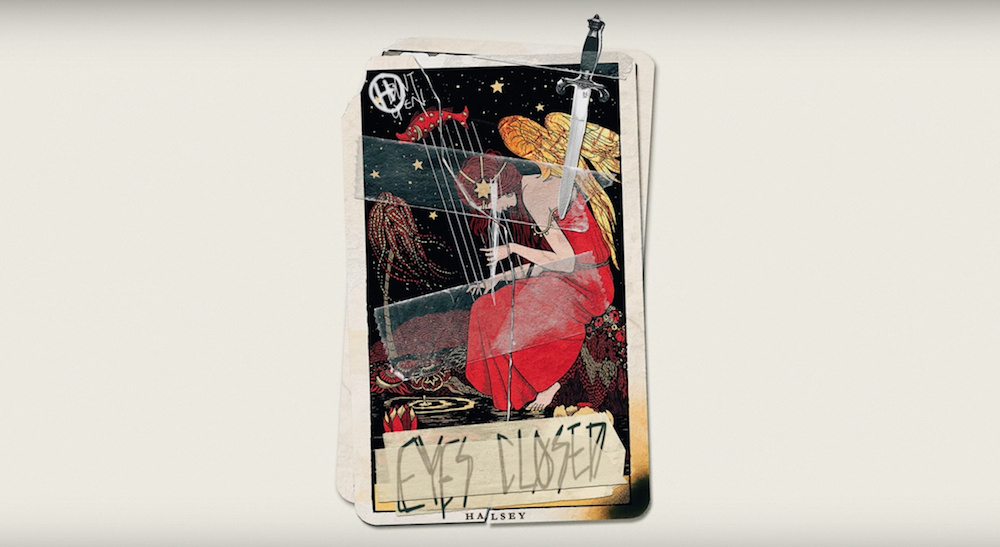 Halsey is back with a brand new single from her upcoming Hopeless Fountain Kingdom album, a heavy R&B track titled “Eyes Closed.”

The new track, co-written by R&B sensation The Weeknd, is the second track to be released from Halsey’s new project following “Now or Never.” The synth-pop crooner also recently sat down with Zane Lowe and Baz Luhrmann for an in-depth discussion about the forthcoming album on Beats 1.

Listen to “Eyes Closed” above and look out for Hopeless Fountain Kingdom on June 2. Check out the dates for her upcoming tour with PARTYNEXTDOOR and Charli XCX below.

this is the biggest tour I’ve ever done. and I’m gonna bring u the biggest show to go with it. ⚡️?? https://t.co/UXeAJox3IS pic.twitter.com/HQzeJKpFD7