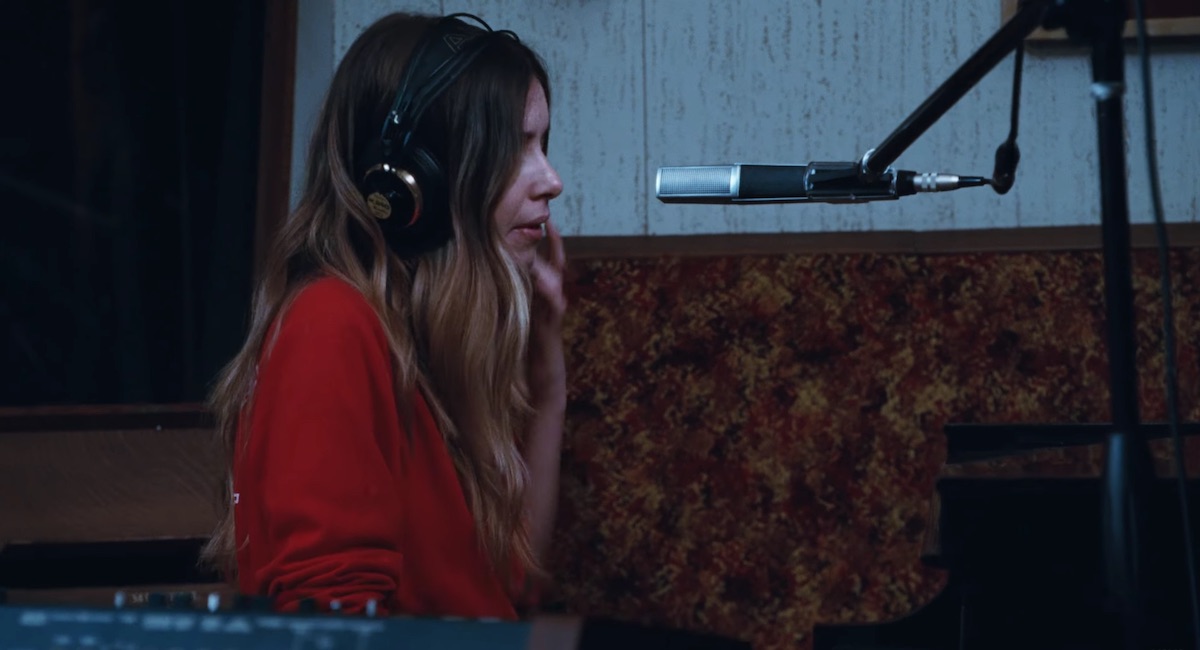 Directed by Paul Thomas Anderson, the trio blow through a single take of the slow-burning track with Danielle behind a grand piano, Estee echoing “right now, right now” with a bass strapped around her shoulder, and the crackling of Alana’s guitar amp as she plugs it in. No minute sound is spared in the video, giving a raw, unmixed cut of “Right Now.” The song wraps up with Alana and Estee mounting their guitars and going wild on drum kits.

In lieu of the new video, Haim have announced that their sophomore album Something to Tell drops July 7 via Columbia Records, four years after their debut album Days Are Gone. The first official single drops next Wednesday, May 3.