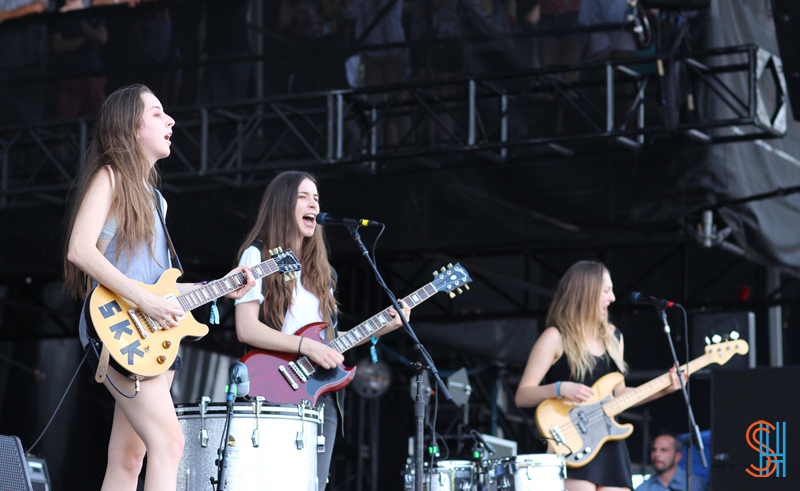 Starting off the final day of Governors Ball Music Festival with a bang L.A.’s Haim sisters brought fierce energy to the main stage. We caught them earlier this year at SXSW killing it and even after their sold out Brooklyn Bowl show, they still killed it. Bantering back and forth between songs,”we’re going to slow it up,”  “Isn’t it slow it down Danielle?” and thanking the reasonably large crowd for showing up for one of the first sets of the day.

They played everything from their Forever EP, one new track – the name we didn’t catch – and ended with a crazy drum solo which included a little butt flash from Este in her super short skirt (this was a fashion trend across the entire festival). We loved every minute of this set which stood out for us as one of the best of the entire festival, second only to Kanye. 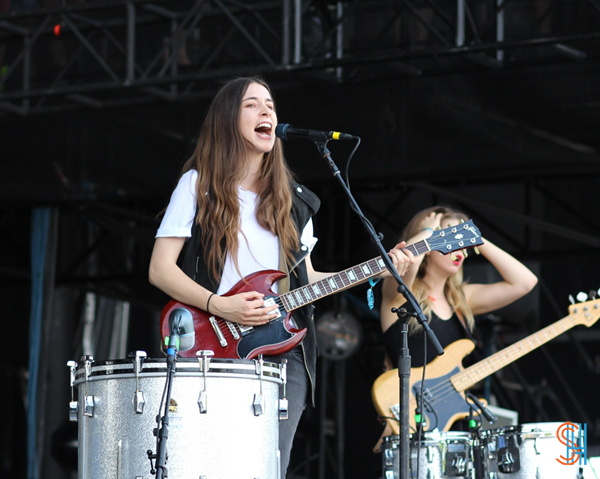 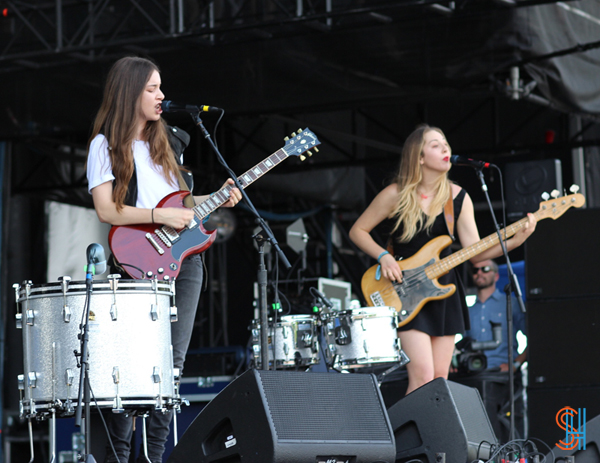 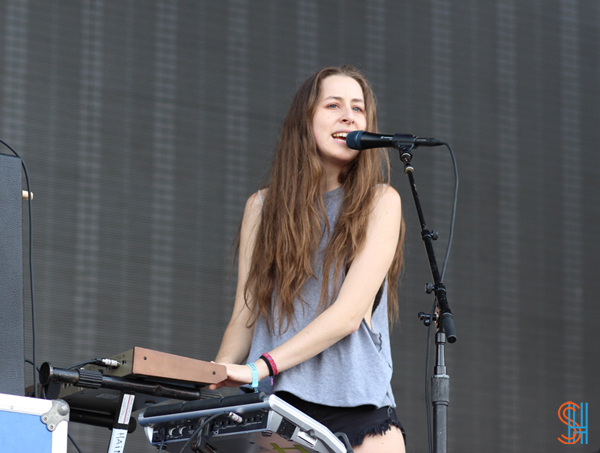 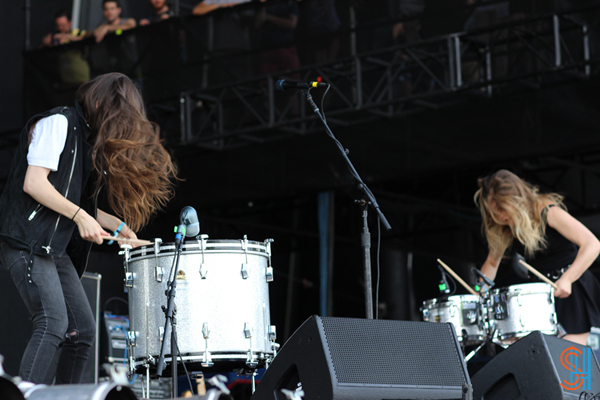