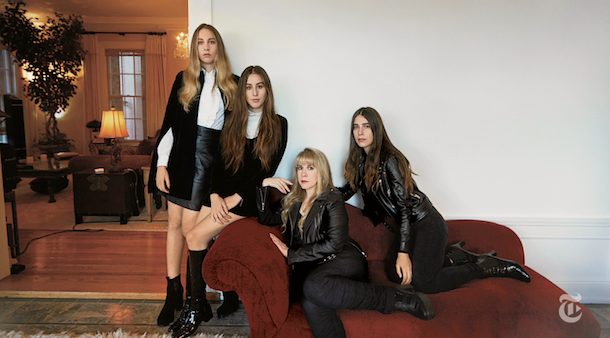 Well this is pretty exciting! The Haim sisters got invited over to Stevie Nicks home in Los Angeles to record a version “Rhiannon” in which she wrote back in 1975 for Fleetwood Mac’s self titled debut album. Thanks to The New York Times’ T Magazine the cover also comes with a photo of the sisters with Nicks on a giant pouffy chaise lounge looking basically giddy with excitement to be there for a joint interview which is featured in the magazine.

The interview features Nicks schooling the Haim girls on life and fame and at the end of the interview, Nicks makes them all “sisters of the moon” presenting each sister with a gold necklace with a moon pendant.

Hear the magic below.