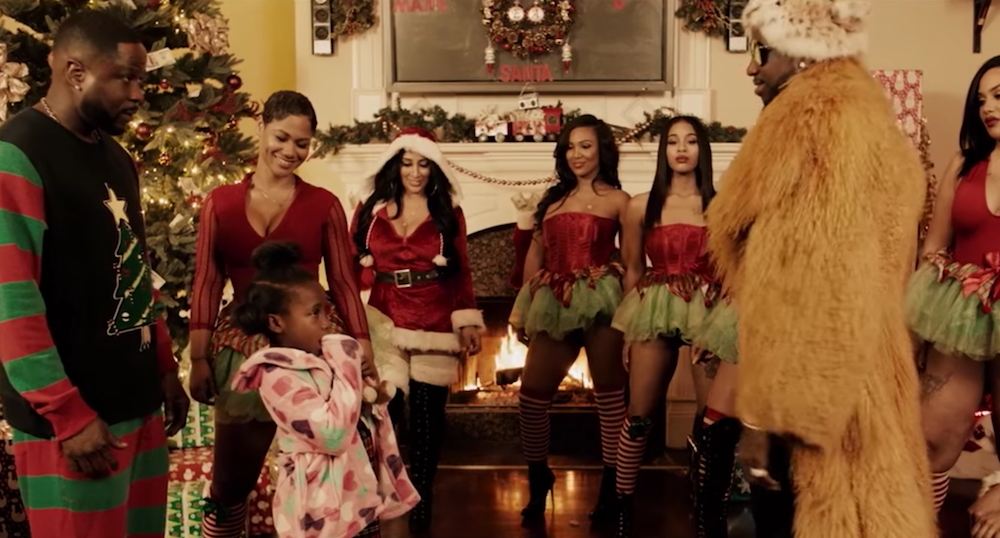 The holiday season is quickly approaching and Gucci Mane is gearing up to release his third album of the year, a seasonal offering entitled The Return of East Atlanta Santa. In preparation for the album drop, Gucci has shared the video for the album’s intro track – “St. Brick Intro.”

The video includes Gucci dressed head to toe in Santa attire and trapping his way through the snow East Atlanta backed up by Zaytoven production featuring a sample of “Jingle Bells.” Young Dolph and Peewee Longway also make appearances in the video.

Check out the video for “St. Brick Intro” above and look out for The Return of East Atlanta Santa on December 16 exclusively via Apple Music.