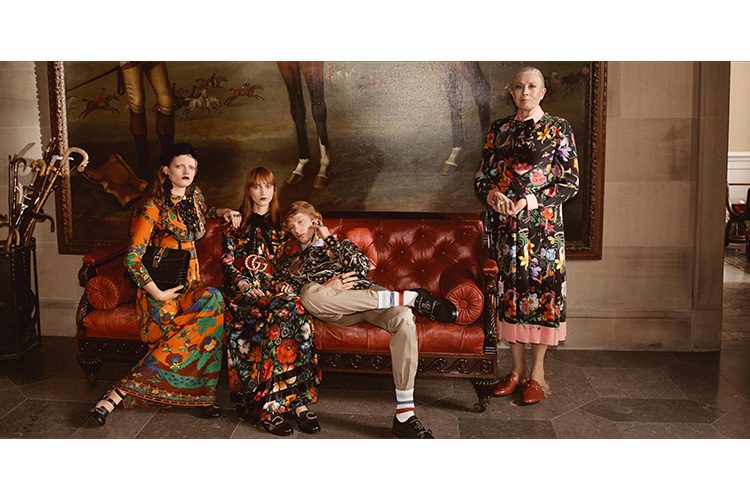 The campaign was shot by Gucci photographer Glen Luchford at Chatsworth House in Derbyshire, England. You might recognize the setting if you watched Kiera Knightley’s Pride & Prejudice, representing Mr. Darcy’s Pemberley. The campaign uses the beautiful interiors, compliments of the Duke and Duchess of Devonshire, as well as the idyllic grounds.

You can see the models frolicking in the English countryside and lounging in parlors below. Luchford shot an accompanying video you can see above.

Take us on vacation with you, Alessandro.