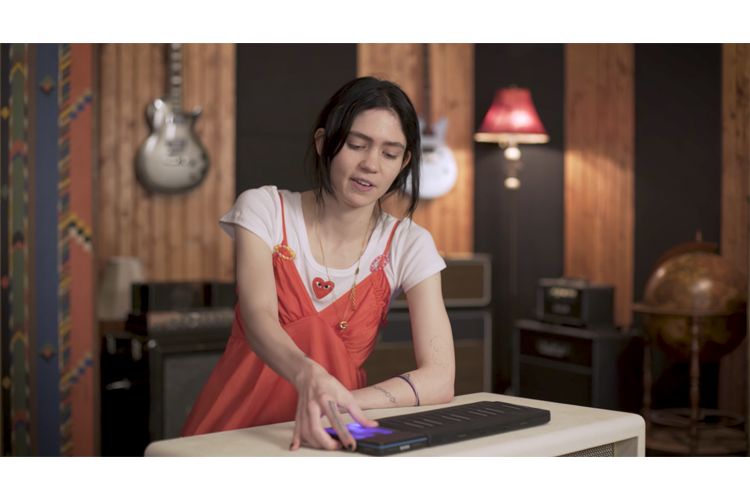 London-based music tech company ROLI has teamed up with art-pop act Grimes to create a pack of sounds for their touchscreen modular system BLOCKS and their music-making iOS app, NOISE.

ROLI has released a trailer featuring Grimes (aka Claire Boucher) discussing her new soundpack, titled Electromagnetic Pulse, which was inspired by DARPA, the Battle Of Stalingrad and her dog. As Boucher explains…

When I was making these sounds I was trying to make stuff that I would actually use. They don’t sound like anything I’ve made before.

Watch the trailer above.

You can buy Grimes’ soundpack now from the Soundpack Store in ROLI’s NOISE app, or get it free with every Seaboard Block or Lightpad Block.