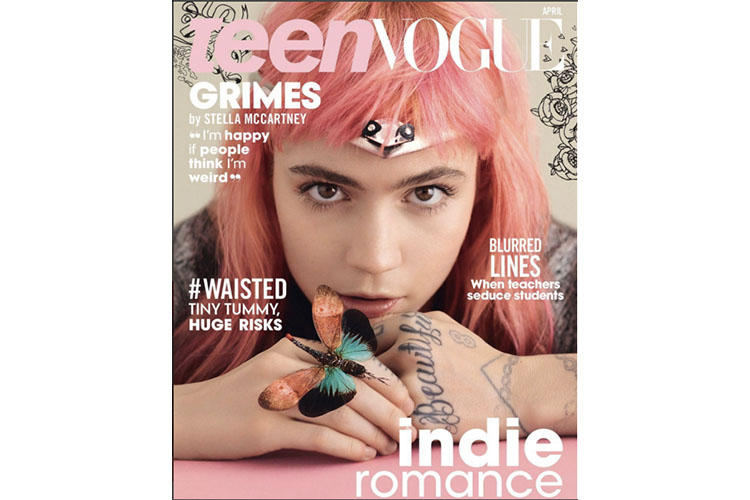 Hot off announcing she’s the face of Stella McCartney’s POP fragrance, Grimes makes history as the first independent musician to cover Teen Vogue. The magazine enlisted the designer to interview Grimes in her L.A. boutique for the April cover story. Speaking about the idea of selling herself, Grimes told McCartney “It’s kind of a loaded interaction that affects the art you make.” The pair go on to talk about Grimes’ upbringing, how she taught herself to play music, and where she considers to be home. McCartney even offers to style her next tour.

If you’re performing, the way you dress, even if it’s just a shirt and pants, is a statement in itself whether you like it or not. I see fashion as a positive thing. I see it as a way to enhance the project, or as a whole other aspect that I can play with and use to my advantage. Though I make sure that I look like trash about 20% of the time so no one’s ever saying, “That’s what she looks like without makeup.” It’s like, “Everyone knows.”

Read the rest of the interview on teenvogue.com and see the photo shoot below. 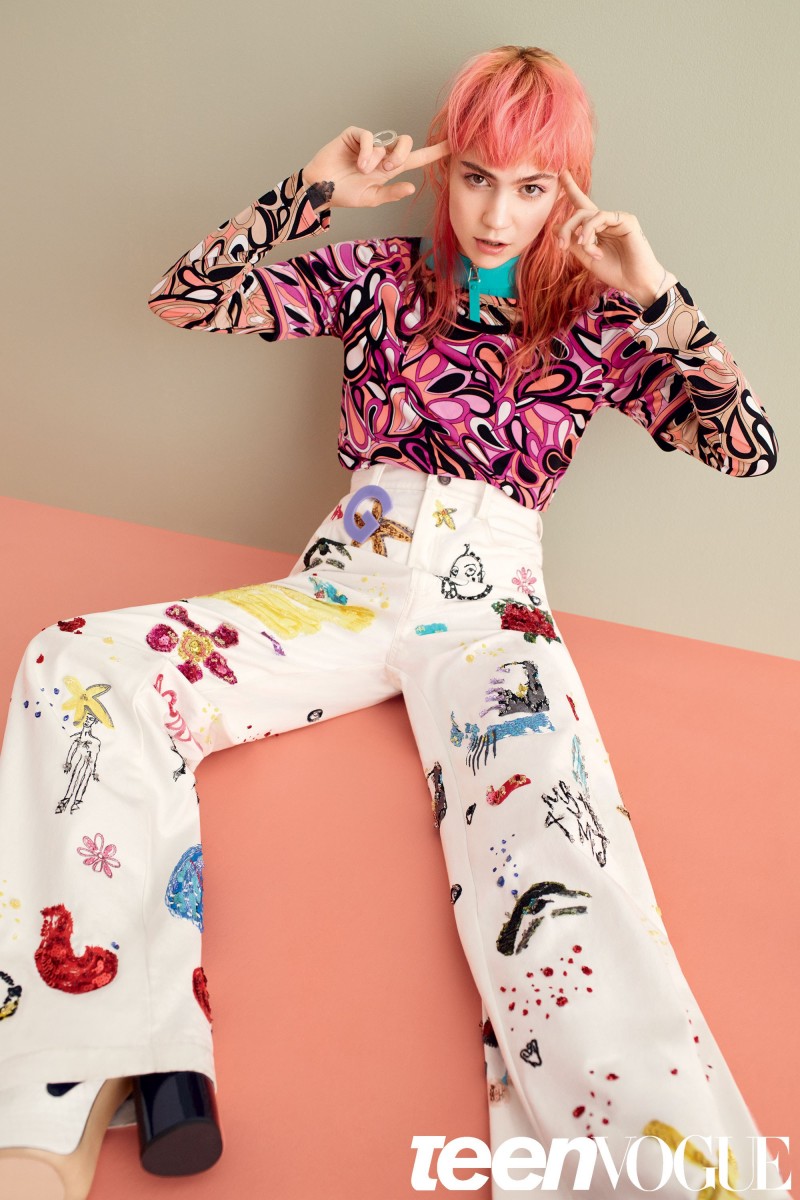 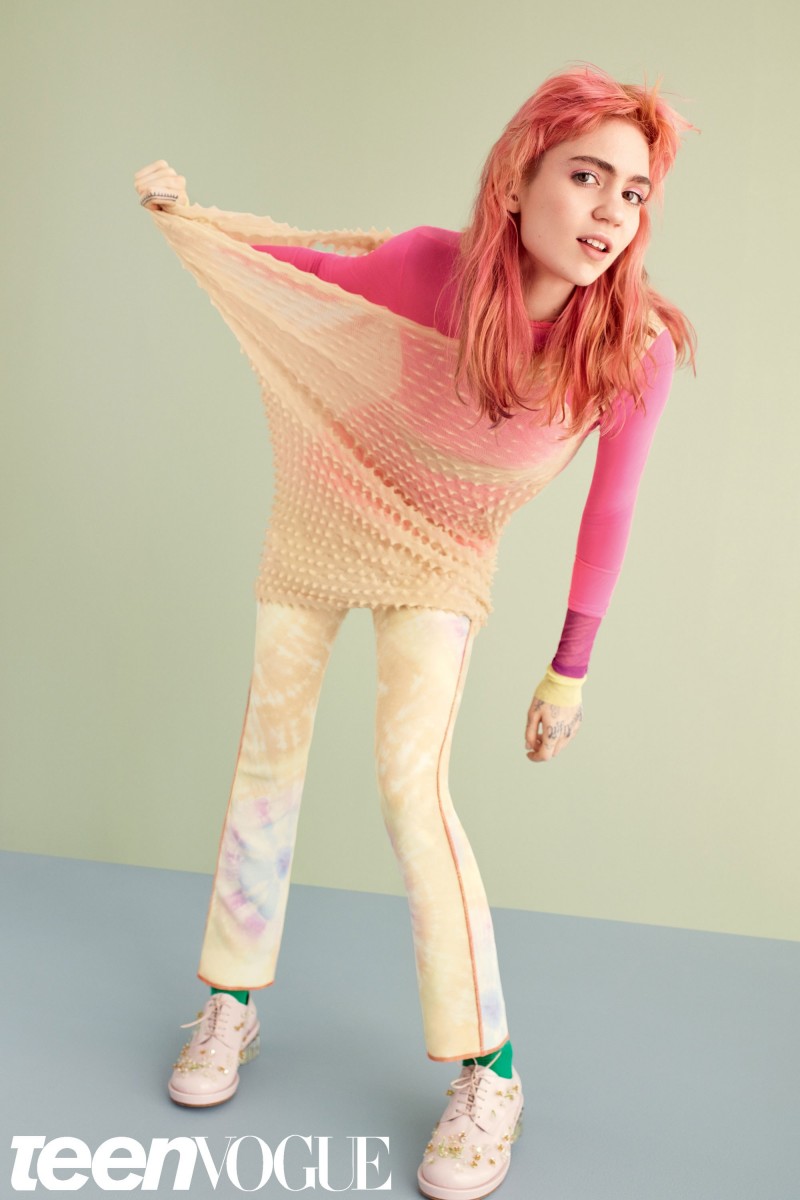 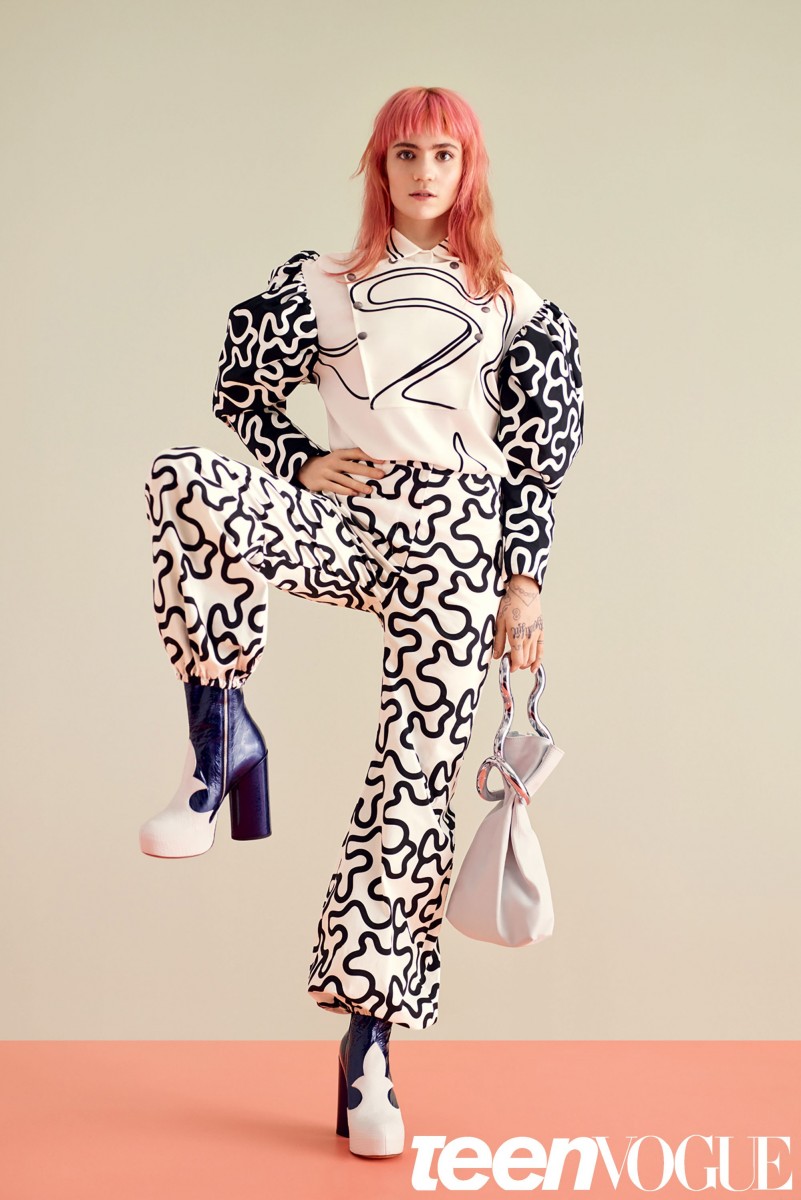 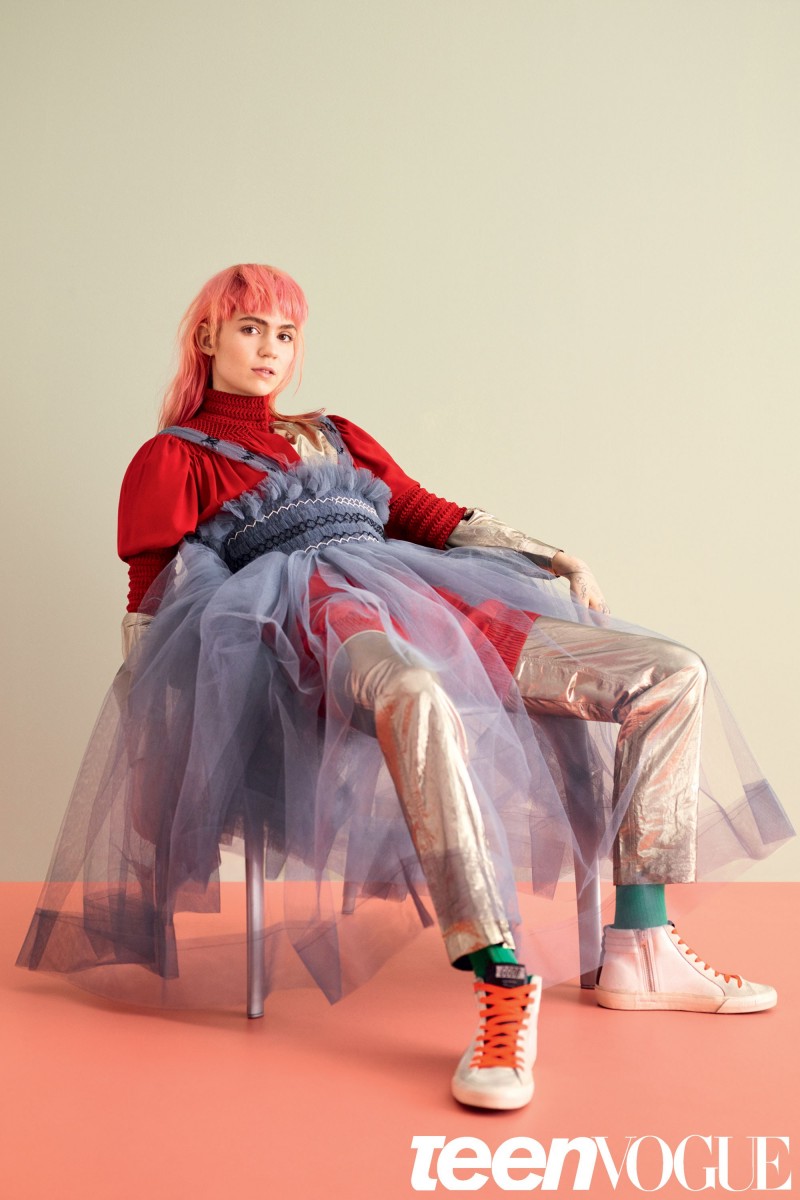