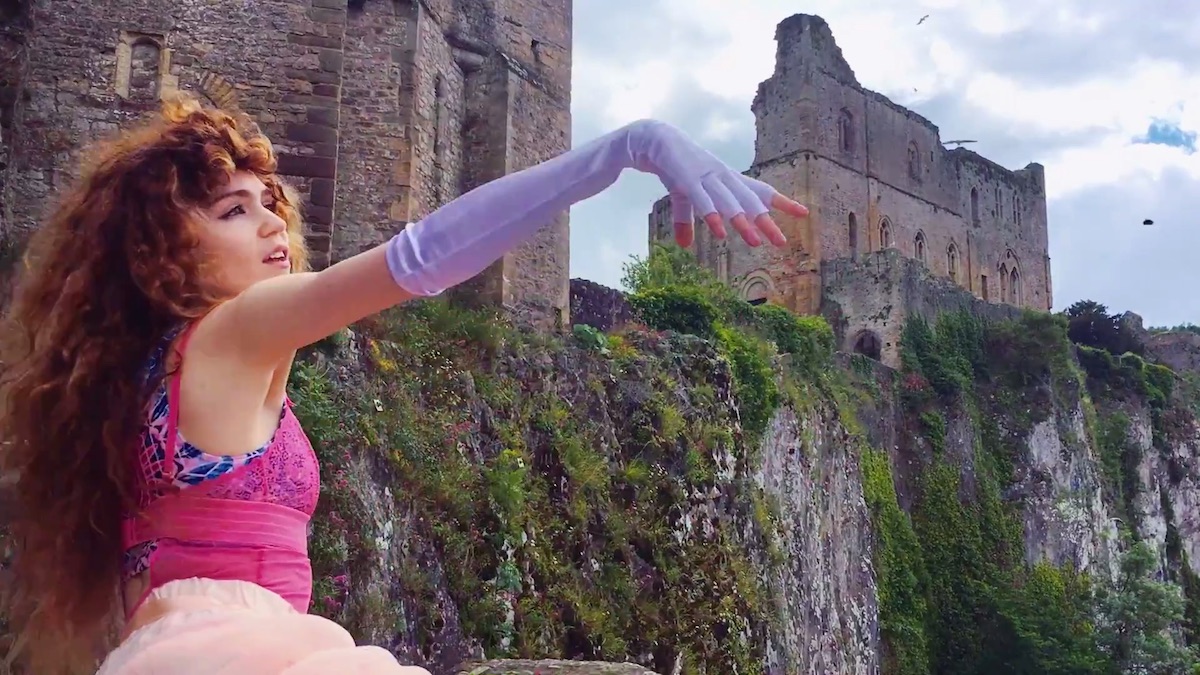 Grimes has once again taken her artistry to another level by dropping seven incredible music videos–entirely filmed on an iPhone.

What initially started as a music video project for her track “World Princess Part II,” taken from her critically acclaimed album Art Angels, the visuals expanded into a seven-part epic visual experience. While on the European leg of her AC!D REIGN tour with fellow BFF and producer HANA, the two linked up with Grimes’ brother to take advantage of the otherworldly scenery. From waving at the top of castle ruins in the United Kingdom, to dancing barefoot in the Boboli Gardens in Rome, the project clocks in at a whopping 38 minutes of incredible improvised artistry.

“These 7 videos were shot over a 2 week period throughout Europe during The AC!D REIGN tour. They are guerrilla style vids, a la realiti. so there was no crew, makeup, cameras, lights. Just us and a phone, so maybe don’t expect anything too fancy. That being said, we’re really proud of what we made.”

The other six tracks recorded include “Underwater,” “Chimera,” and “Avalanche” taken from HANA’s self-titled EP, and Grimes’ “Butterfly,” “Belly of the Beat,” and “SCREAM” featuring Taiwanese rapper Aristophanes.

Watch the full directors cut including all seven videos above.