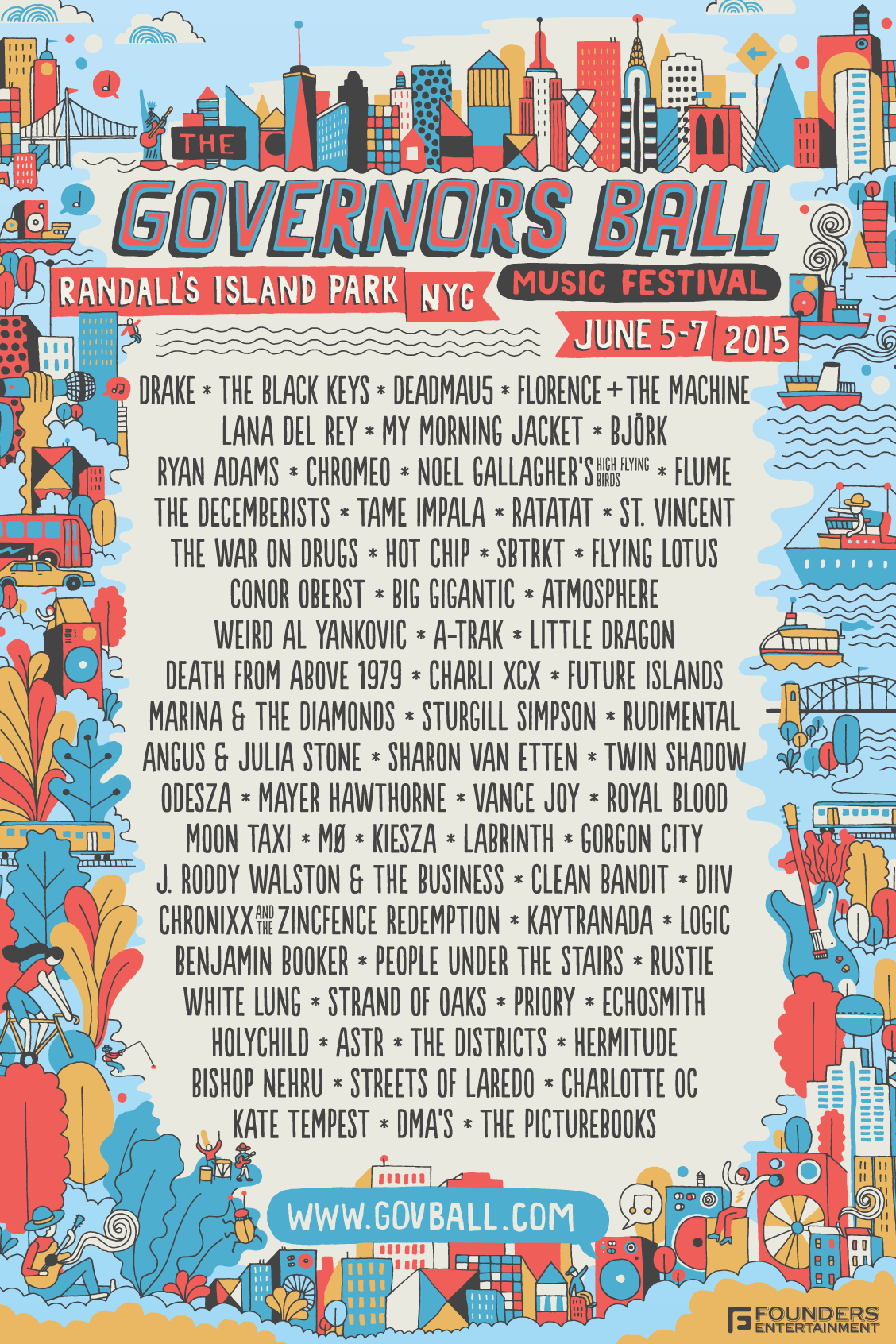 Hold up on those Coachella tickets for just a second! The fifth annual Governors Ball Music Festival in New York has just announced their line up, earlier than usual this year, and to be honest, it’s pretty darn comparable to Coachella (and some could argue, A LOT less hassle). It may not have headliners AC/DC or Jack White who headlined a few years back, but rather Drake, The Black Keys, Deadmaus, and Florence + The Machine.

This year the festival boasts a wide variety of Dance, Indie Rock, Hip Hop, Americana, Electronica as well as ever expanded culinary options and art installations, contributing to the festival’s New York City vibe. If it’s one think we love about Gov Ball, it’s that when you’re not at the festival, you’re in New York, where just about a million other events and things are going on (read: epic after parties!!).

Both general admission and VIP tickets for the festival are available, so text your friends and snag your tickets now before the sell out.