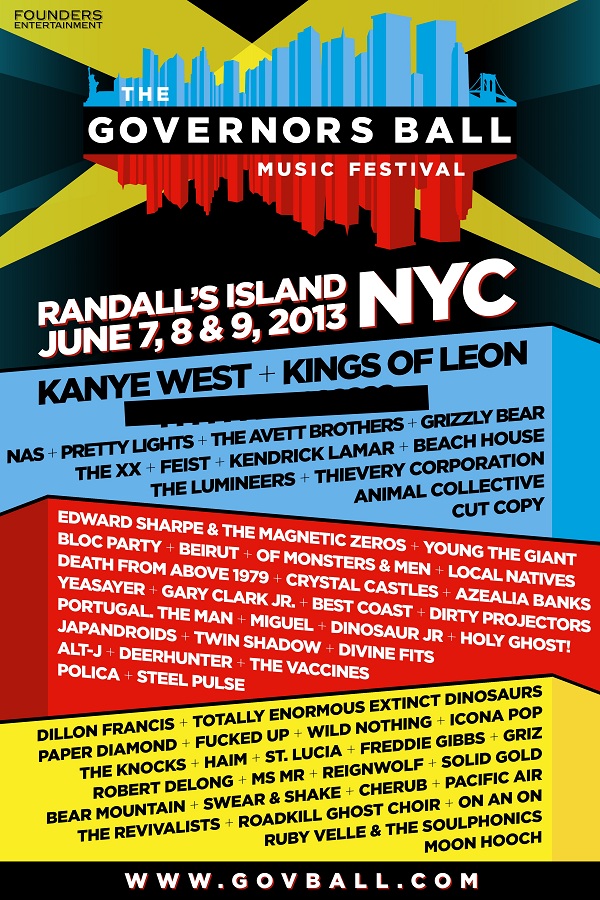 The music festival line ups have started to roll in and New York’s Governors Ball Music Festival is one of the most stacked we’ve seen so far. Taking place over three days instead of two from June 7th to 9th on Randall’s Island in New York, with Kanye West and Kings of Leon headlining, along with more that has yet to be announced!

Take a look at their hilarious festival announcement video below and get full details on the festival here.