Just kidding. But not really. The Governors Ball Music Festival, whose founders recently had a dispute with Coachella organizers about a competing NYC festival, announced their lineup today and we’re having a little déjà vu. The last couple of years Gov Ball has boasted incredible lineups that rivaled the West coast giant. This June, Kanye West, The Strokes, and The Killers are headlining the three-day festival on Randall’s Island.

While still a pretty cool lineup with some heavyweights at the top, we were expecting a bit more diversity. Some fans may view this positively, but there also seems to be a move away from the heavier electronic acts. Check out the rest of the acts below and let us what you think. If you’re down, tickets are already on sale; get them here. 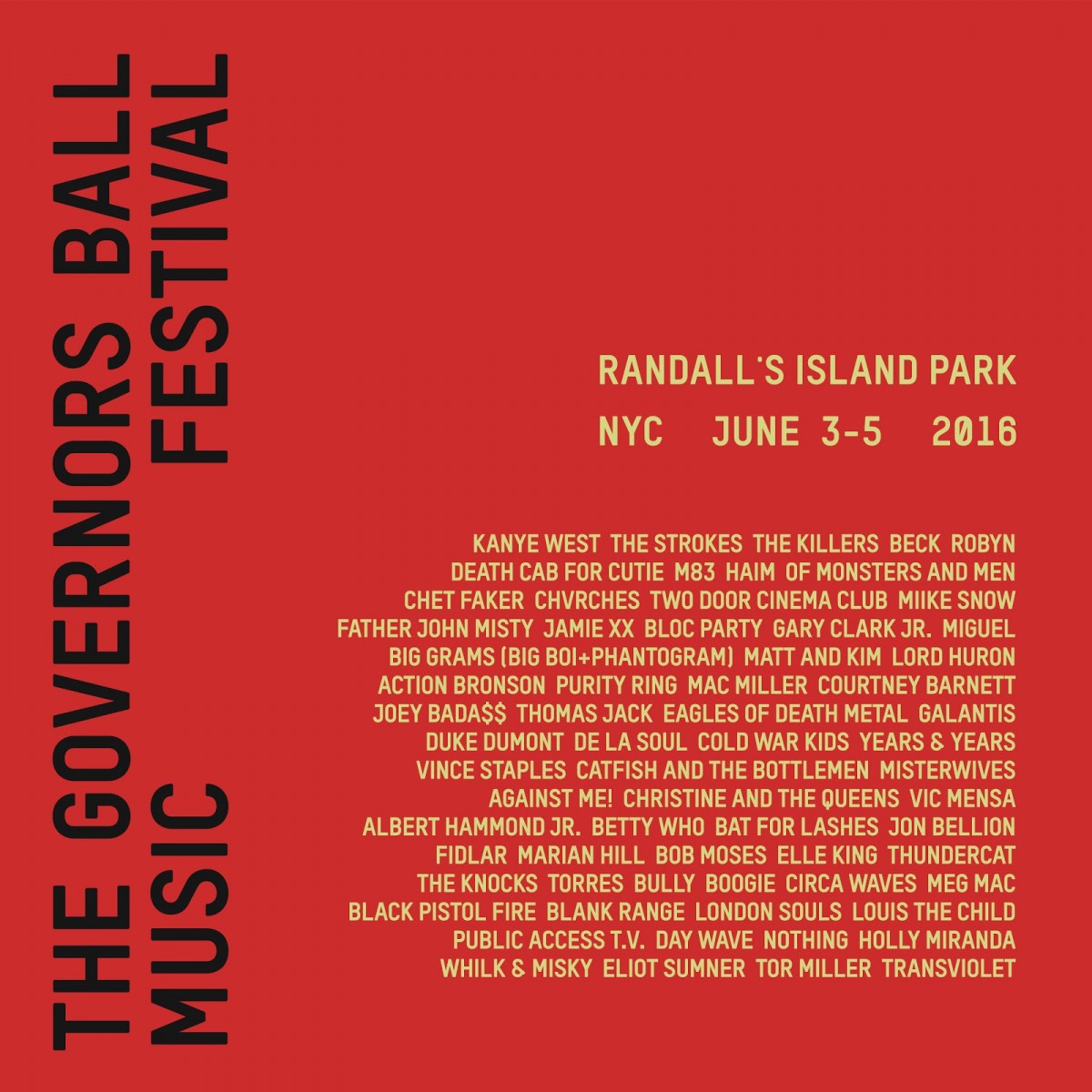