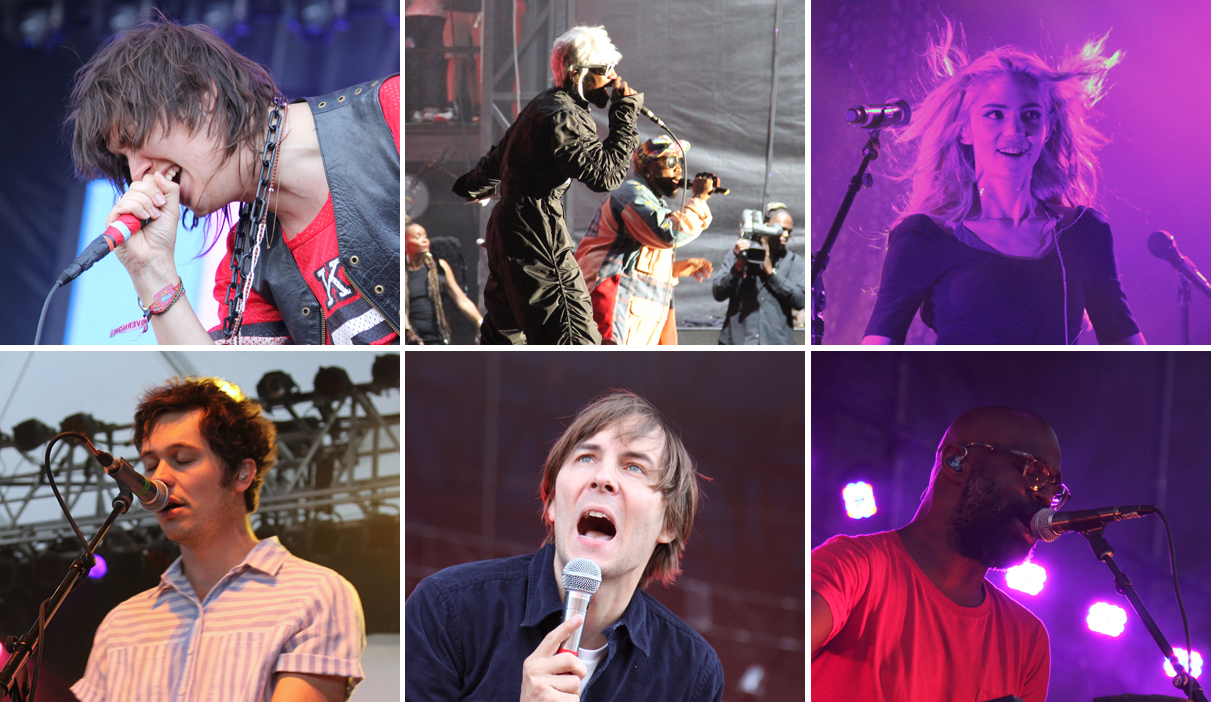 Governors Ball 2014 kicked off this year with a beautiful sunny day on Randall’s Island, situated in the middle of the East River in New York. Unlike last year, which was hampered by tropical storm Andrea and whole lot of mud, the sun shone all day and we were welcomed by the mostly dry festival grounds.

Starting the festival off with a little hip hop, we caught new comers, and much acclaimed rap group Ratking. Bursting onto the stage with a frenetic energy and gusto that had the whole Gotham Tent going wild and moshing. Pretty impressive for first set we saw on the first day. As the show went on, with violent visuals of school yard fights, and mosh pits, the two teenage MCs Wiki and Hak were revving the crowd up, and everyone singing along to their debut album tracks. At one point Wiki even started smashing his mic into his forehead, creating and interesting sound effect and also causing his head to bleed.

We stuck around at the Gotham Tent for beloved chillwaver Washed Out’s set, which flip flopped between old favourites from 2010’s Within & Without and new favourites from 2013’s Paracoms. An appreciative Ernest Greene smiled at the crowd as his synth jams washed over everyone and his set blew around in the wind. Dreamy thoughts of Portlandia flew by as we had some slow jam dance times. Hey, Fred Armisen, where you at?

After a quick burger and some beers we made our way over to the Governors Ball stage for a swagger filled set by Julian Casablancas and The Voidz. His hairy band took the stage and Casablancas strolled on with so much swagger we wondered if the Lower East Side had any left. Girls in the crowd screamed at the top of their lungs while Casablancas entertained by hunching over in his leather vest, making rockstar face, in between reps using his microphone as a weight.

After an almost 5 year hiatus, English electro-pop anthem maker La Roux stylishly took the now sweltering Gotham tent, banging out a well considered mix of hits from her 2009 self titled debut mixed with new tracks from her upcoming album Trouble in Paradise. Knowing exactly what her fans want, Elly Jackson kept the crowd dancing, slowly and methodically working them up into a dance crescendo ending the set with “Bulletproof”.

Later on, French indie poppers Phoenix took to the Governors Ball stage with classical music playing to an image of Versailles’ Hall of Mirrors appeared and Thomas Mars walked slowly out, launching into their recent hit “Entertainment.” Always a polite yet excellent showman, Mars stood up on the speaker, looking shyly out into the distance before getting down into the crowd leaning out onto fans who has no doubt been staking out their spots all morning.

Starting off their set with “Young Liars”, true New York rock stars TV On The Radio played to a sadly somewhat disinterested crowd at the Big Apple stage. Personally, we were super pumped to see them play again after many years of silence and Tunde Adebimpe and Kyp Malone didn’t seem to remember the last time they had played a hometown show. With much of their off time spent on side projects, their sound was still as flawless as ever. They played re-workings of hit tracks from Return To Cookie Mountain’s “Wolf Like Me” and “Province”, as well as a handful of new tracks after which Adebimpe said were fun to play.

Canadian singer/songwriter and electro-pop star Grimes took to the Gotham tent as the sun slowly set over Manhattan. Coming on stage by herself, she introed by saying that she would be playing some new songs, which seemed fitting given her more mature look. Of course she played all the songs people wanted to hear including “Genesis” and “Oblivion”, and tried out some new ones and ended her set with a dubby sounding song that was apparently written for Rihanna. We’re looking forward to hearing the rest of her new album soon.

After catching their breathtaking Coachella set a couple months back, the excitement and eagerness to catch the Atlanta rap group Outcast again, in no way abetted. Once again the two rappers took the fanatic crowd on a musical journey across their 20 year discography of hits. Andre 3000 was rocking a self-reflective outfit, a shirt and jumpsuit that said “Art or Fart?” wearing a giant price-tag around his waist that said “Sold Out.” Whatever his feelings were about the reunion tour, the crowd didn’t give a fuck. Literally rapping along to every single song for an hour and a half. As a fan ourselves, it’s shows like this that make the travel time worth while.

Take a look at our photo round up from day one below.

Ratking at the Gotham Tent 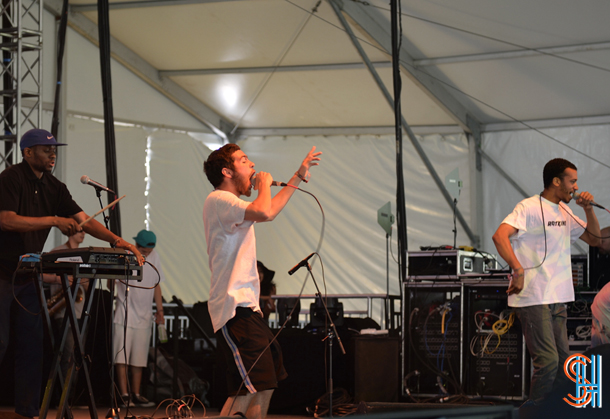 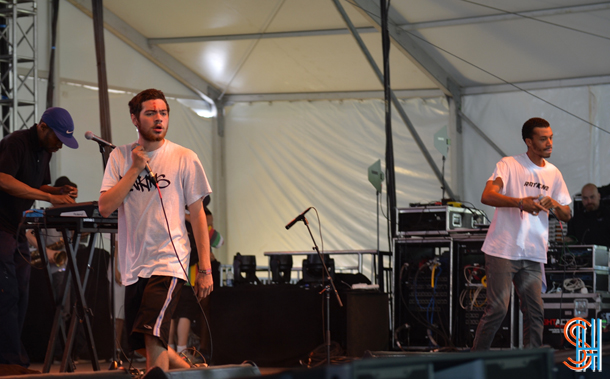 Washed Out at the Gotham Tent 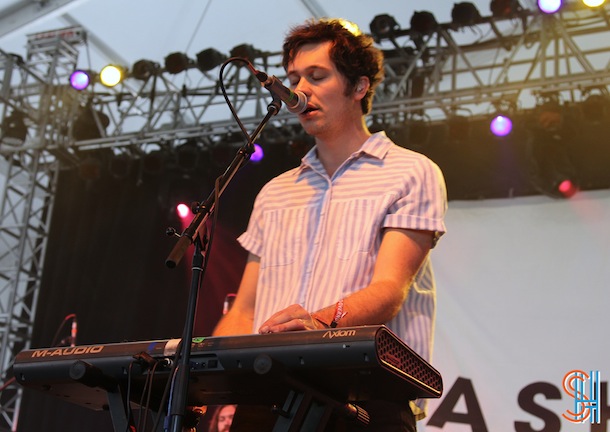 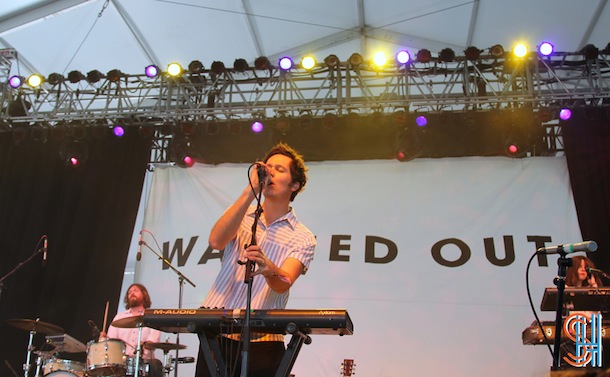 Julian Casablancas & The Voidz at The Governors Ball Stage 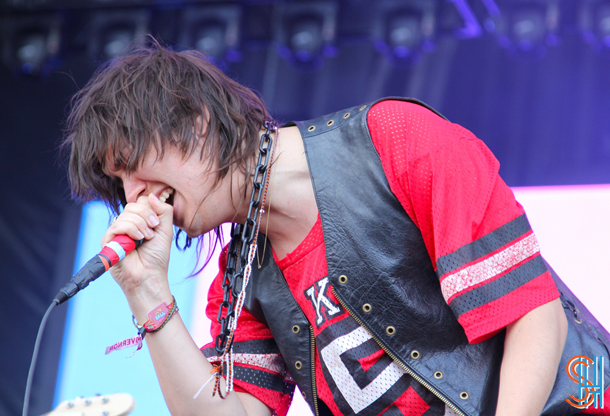 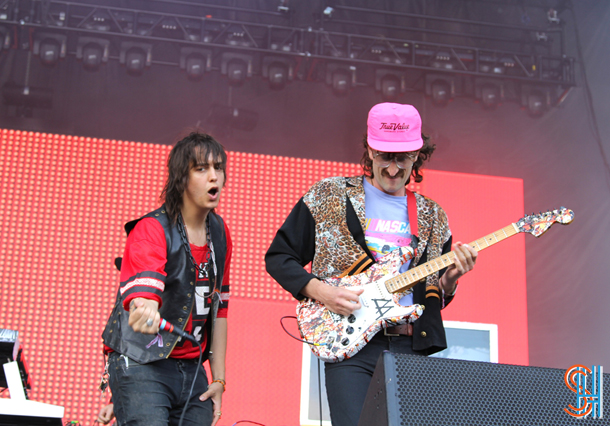 La Roux at The Gotham Stage 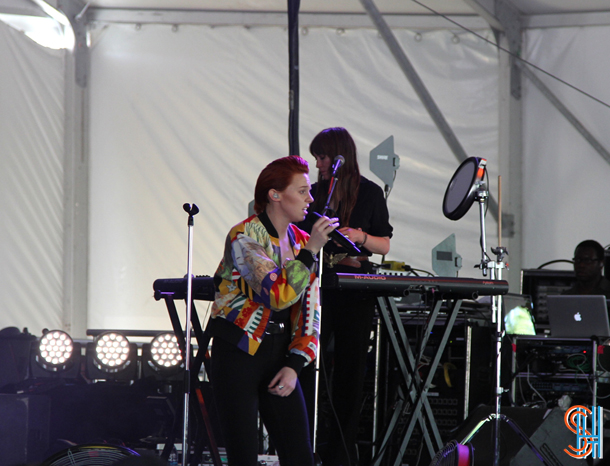 Phoenix at The Governors Ball Stage 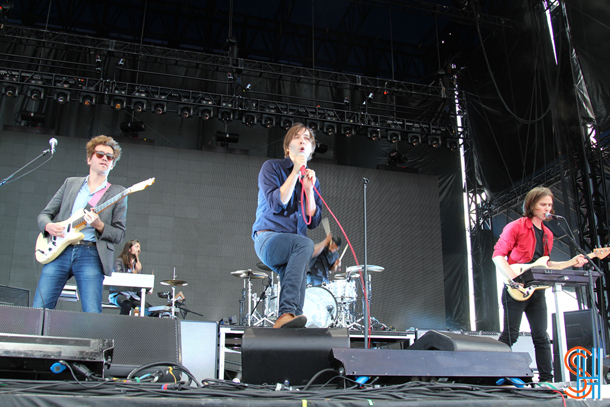 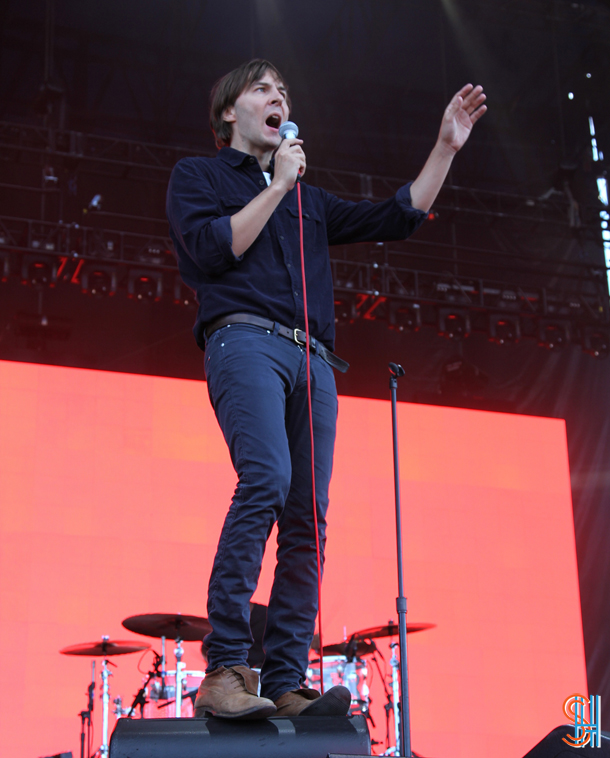 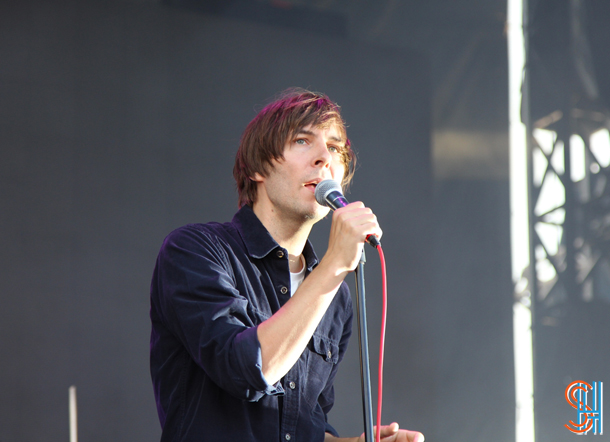 TV On The Radio at the Big Apple Stage 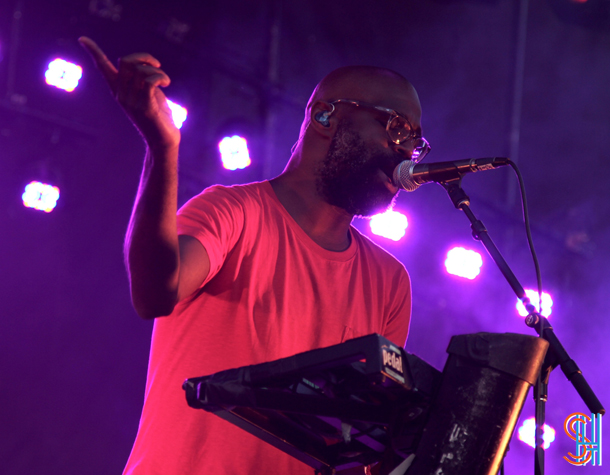 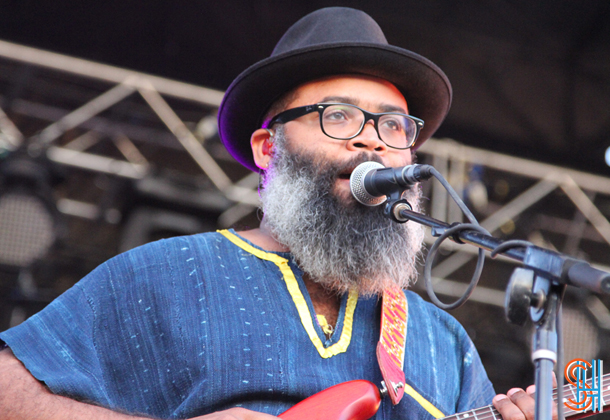 Grimes in the Gotham Tent 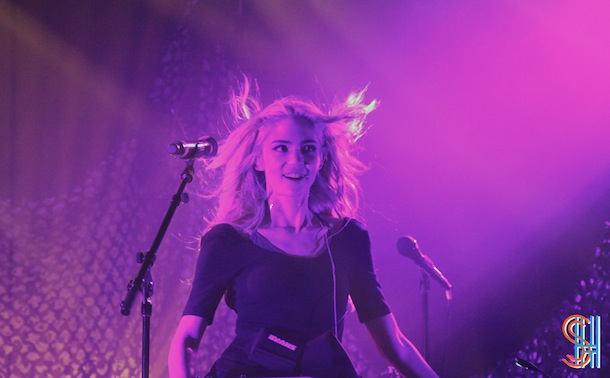 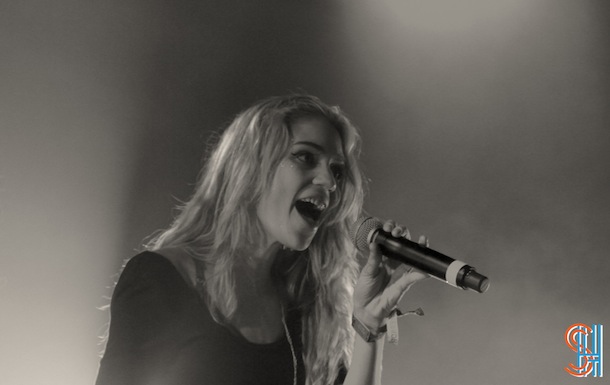 Outkast at the Governors Ball Stage 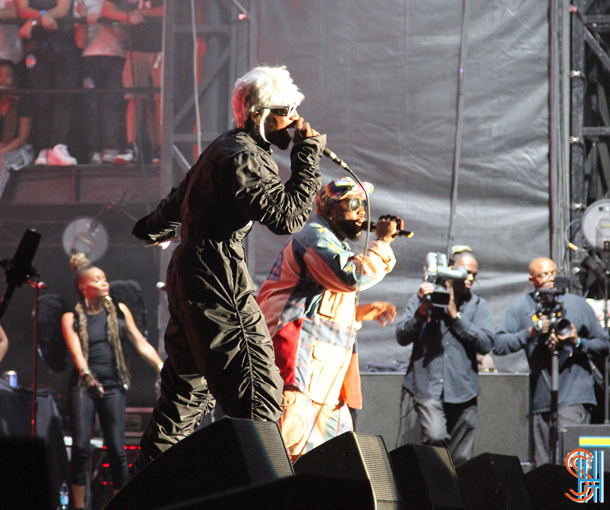 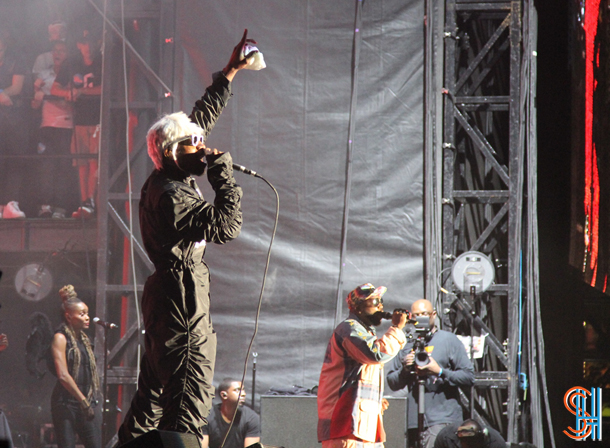