Despite the weather app promising clear skies all day and failing majorly as a massive storm rolled through, day 2 of the fifth annual Governors Ball on Randell’s Island was very much a success. Featuring music from an ever diverse array of talent, Saturday was once again a humid hot mess of musical delight.

Starting our day off with a little bass-slapping goodness from LA-based Thundercat, the funk band pulled a massive crowd for the mid-day performance. The hypnotic laid vibes had the humid masses swaying back and forth, climaxing in maximum excitement as “Them Changes” was performed. Watching Stephen Bruner’s fingers blur as he played was an event all unto itself.

After that dose of funk, Pittsburgh rapper Mac Miller took the Honda Stage for his mid-afternoon set. Now it’s normal for rappers to start their sets late. What’s not normal is for a rapper to start their set 3 minutes early! But that pretty much sums up Mac Miller. He isn’t normal. Pulling a crowd easily three times bigger than anyone had yet to pull on the Honda stage, the fiery spitter ignited the already hot as fuck crowd with joints (literally and figuratively) from his offensively extensive catalogue of primarily free release mixtapes. Miller is a testament to the power of the free internet, basing the majority of his success by releasing free GOOD music directly to his fans. Oh and he performed a Prince tribute singalong to “Purple Rain,” so that was nice.

From new school to the old school, after Miller’s set ended Hip Hop OG’s De La Soul took to the stage. Starting with a mini DJ set, the 28-year veterans took to the stage, politely asking the gathered photographers to put their cameras down, while making it clear that they respect everyone putting in work. Literally cutting the music until all photographers put their hands up. Honestly, it was well worth it. The set, once underway, was a mash-up of their extensive hits, while demanding the crowd actually enjoy themselves.

Then the sky opened up and the rain began to pour down just as R&B crooner Miguel strutted in front of screaming fans. Opening with “a beautiful exit,” Miguel and his charismatic band didn’t let up for a moment as it became clear we were all about to get soaked. Wearing skin tight white jeans and a Navajo poncho, the “coffee” singer had no problem performing high jumps and splits on a stage we personally think was too small to hold his energy.

Bouncing to the other side of the field in the rain we waited for Swedish indie poppers Miike Snow’s set on the Big Apple Stage. Mixing tunes from all three of their solid albums including this year’s iii, fans didn’t seem to mind the light shower, even when it turned into full on downpour.

Sadly Governors Ball day 3 has been cancelled due to severe thunderstorm warnings, but keep your eyes on Twitter and SnapChat as side shows continue to get announced through the day. 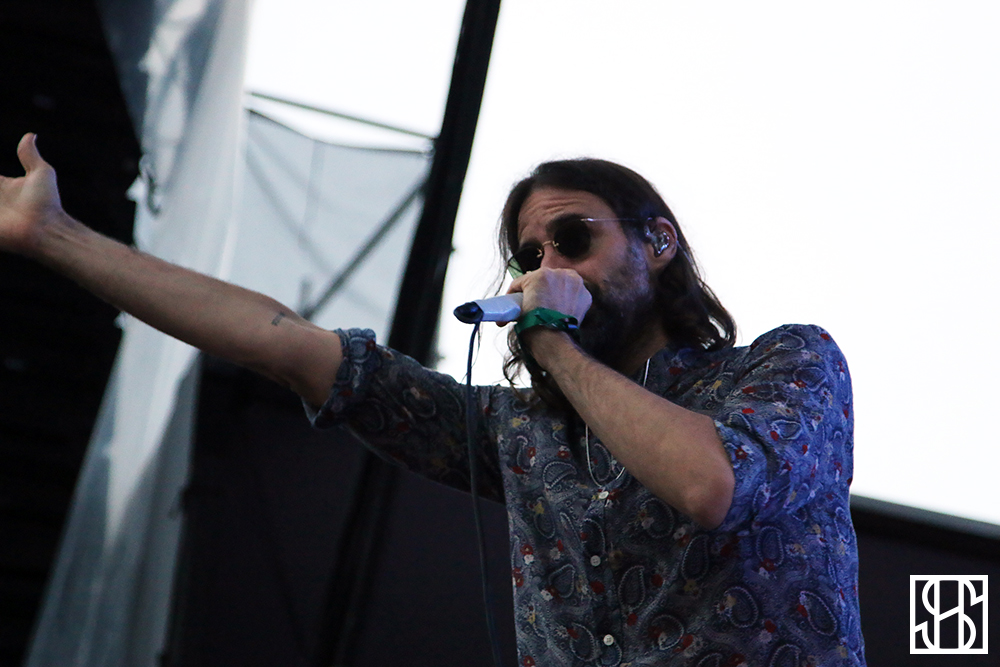 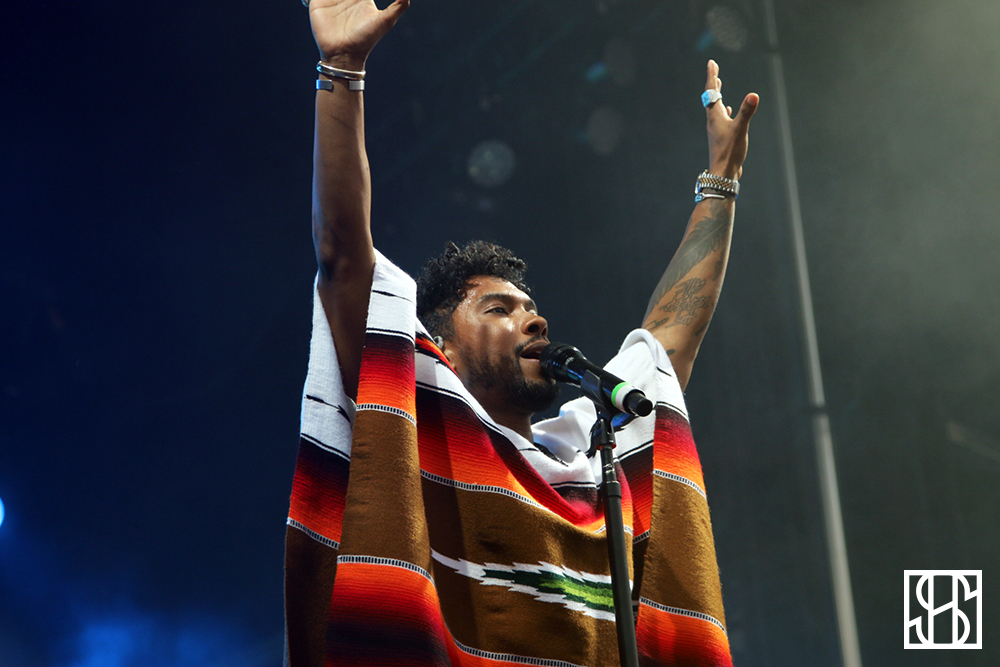 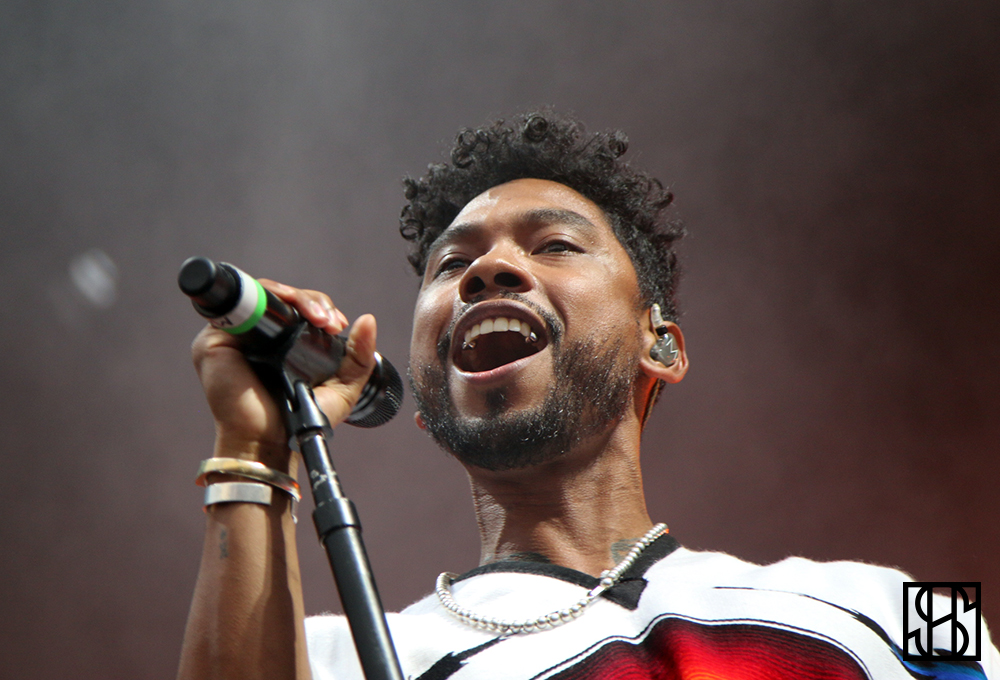 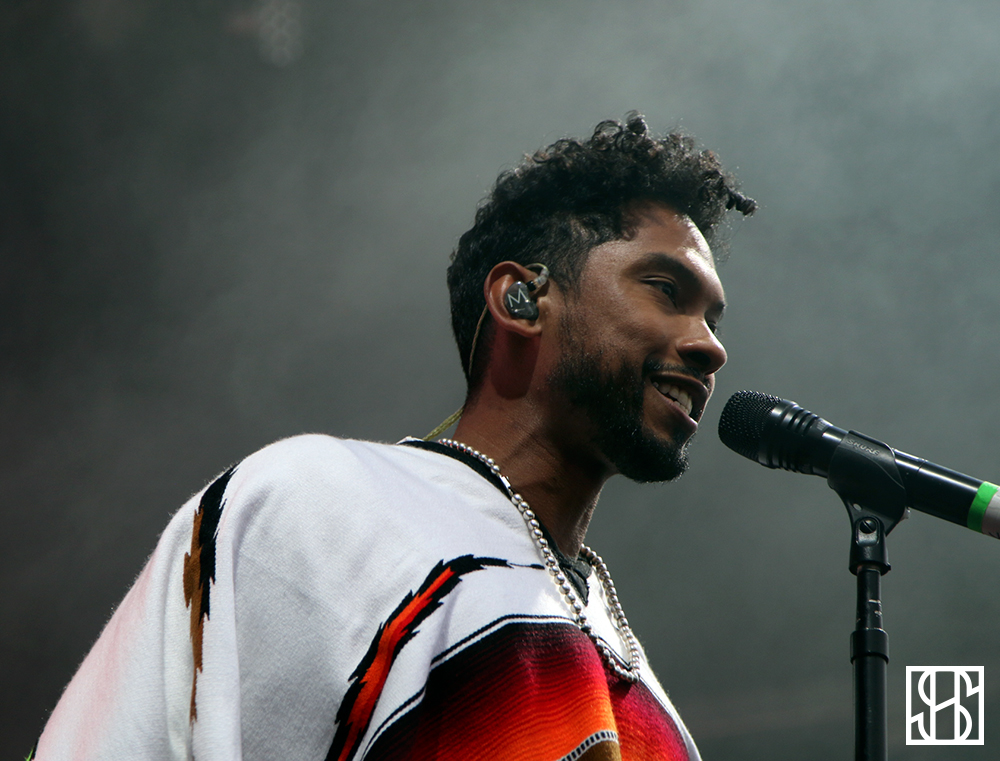 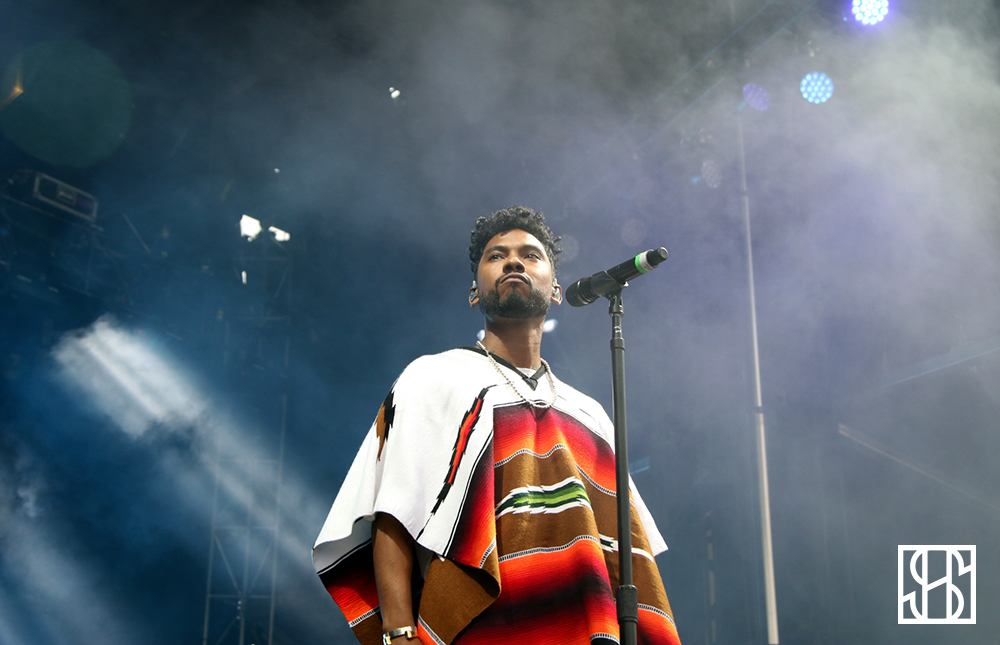 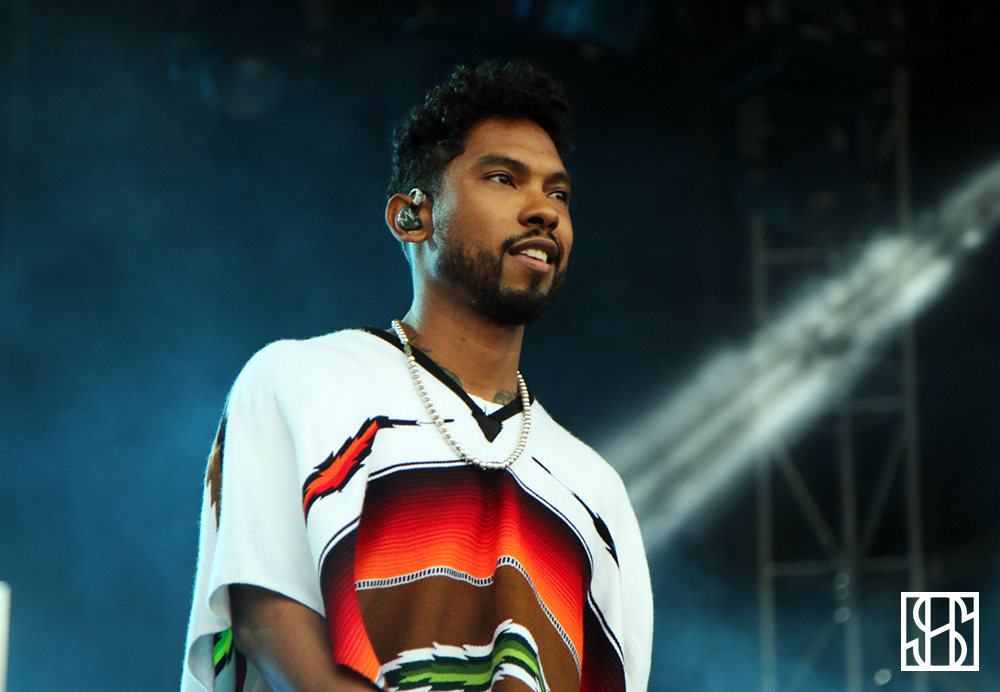 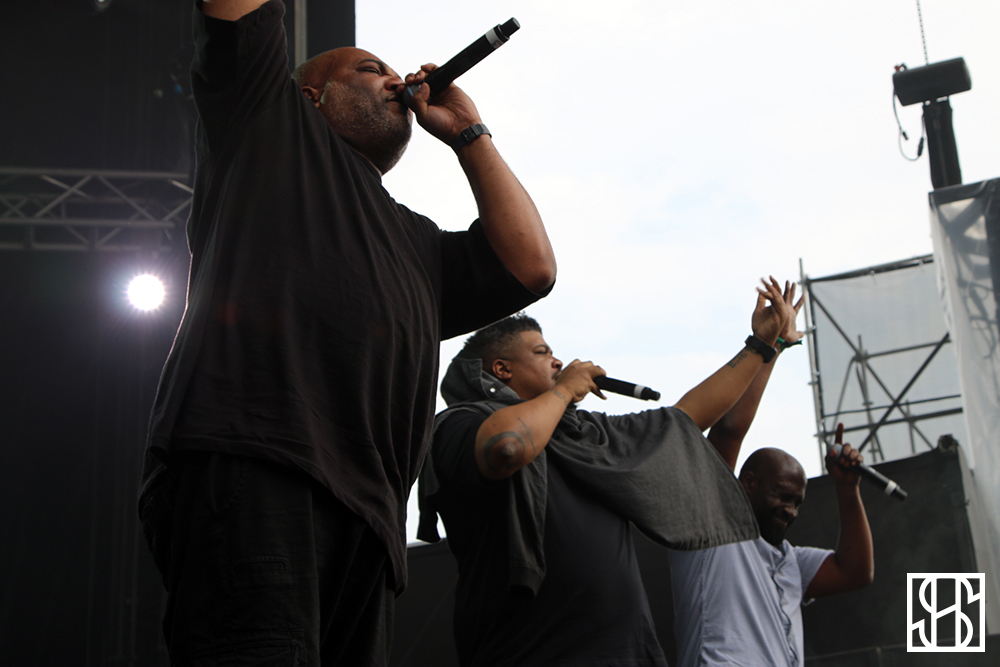 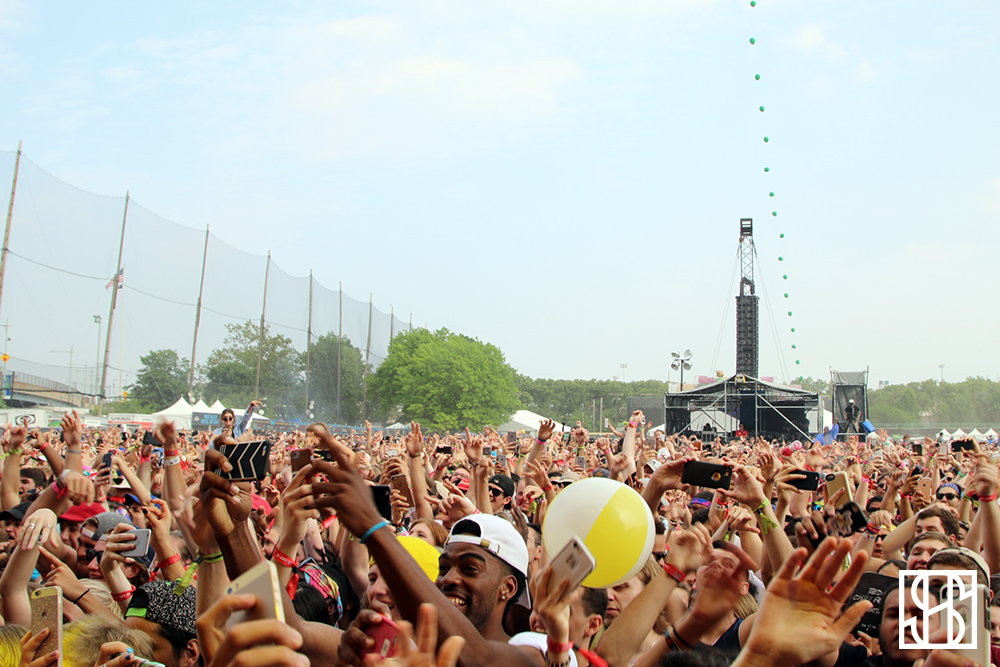 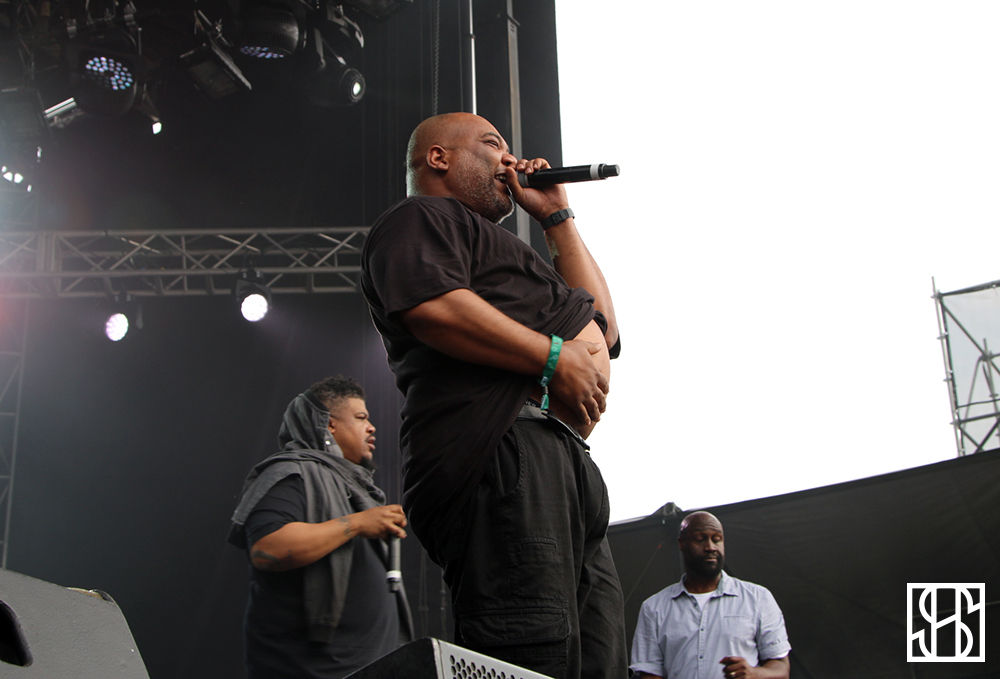 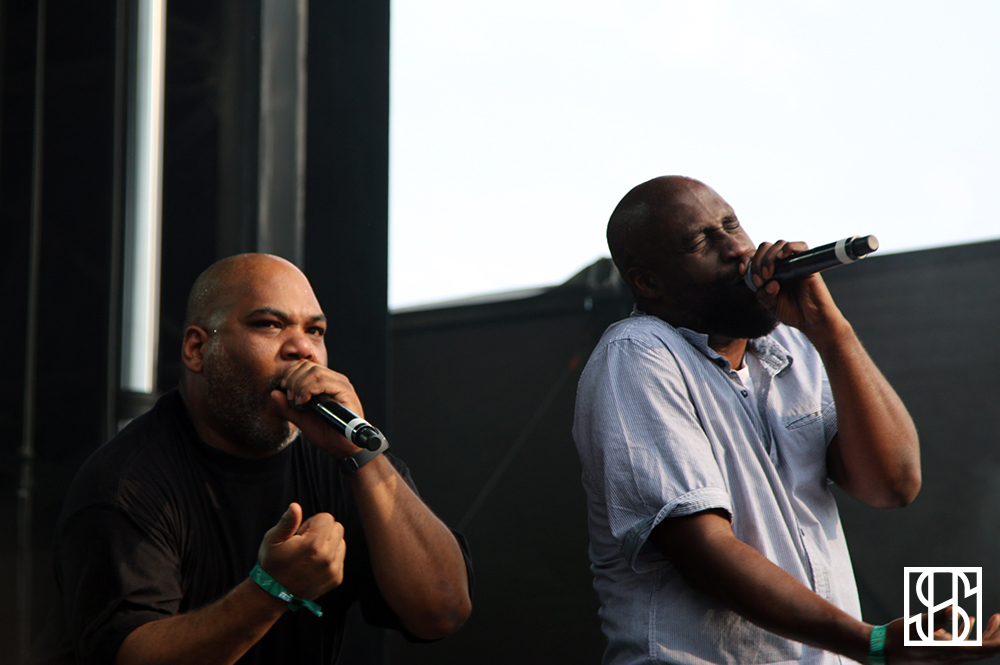 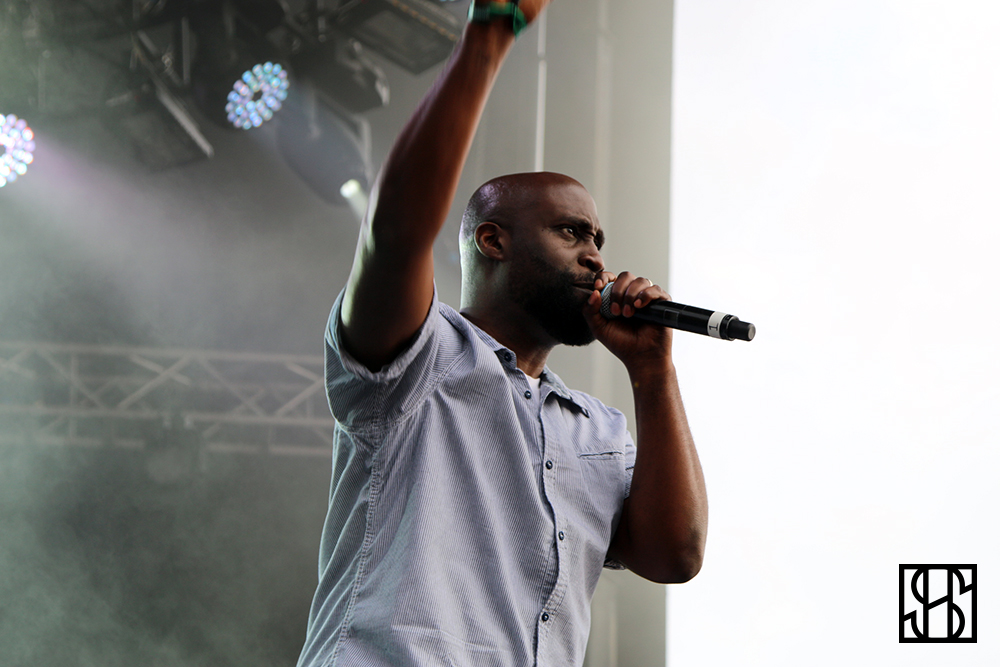 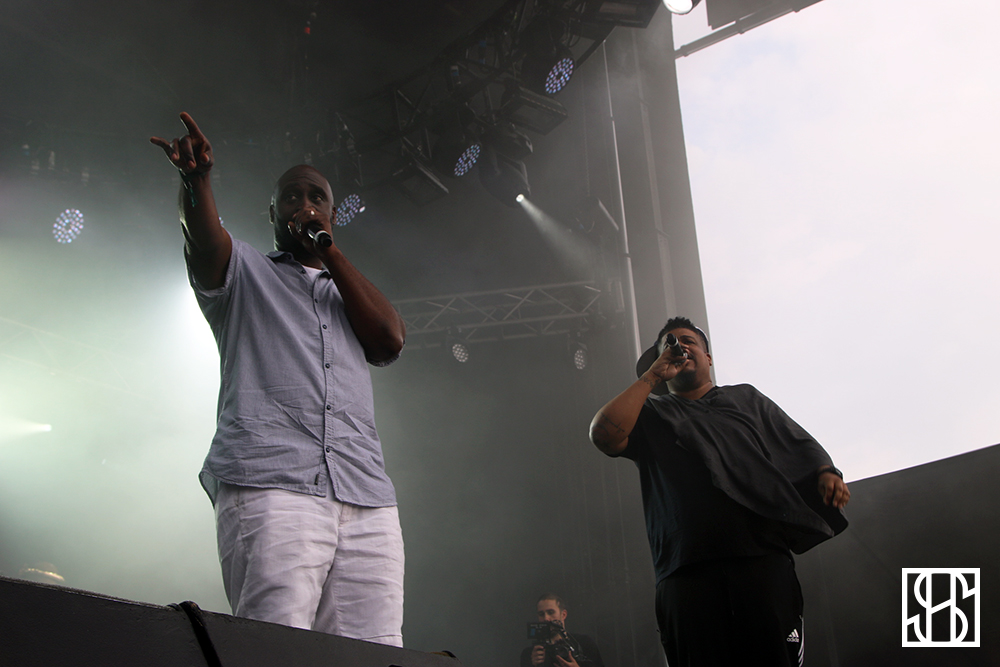 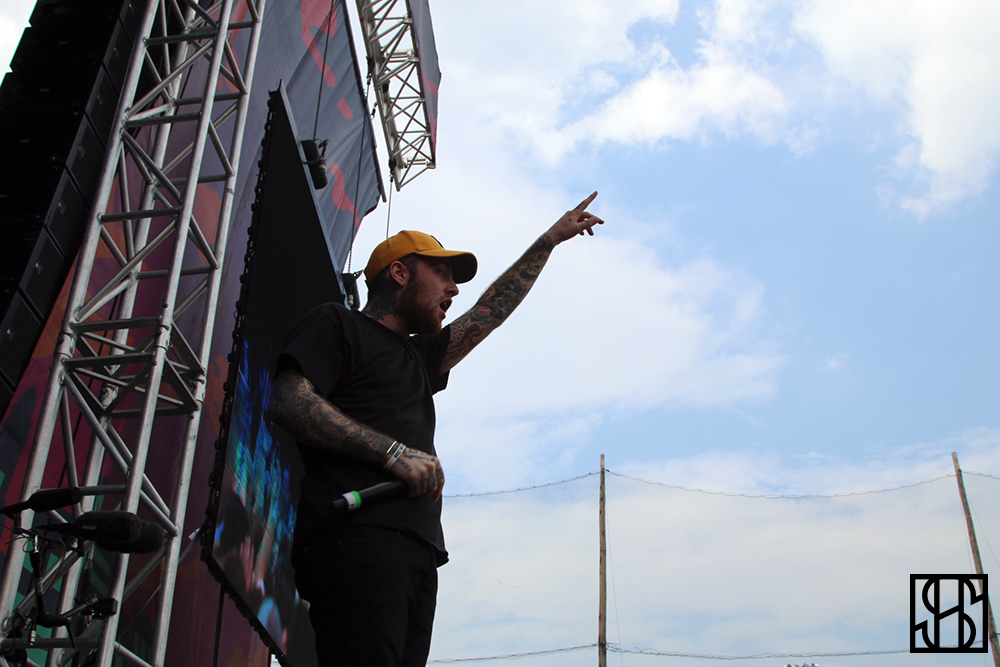 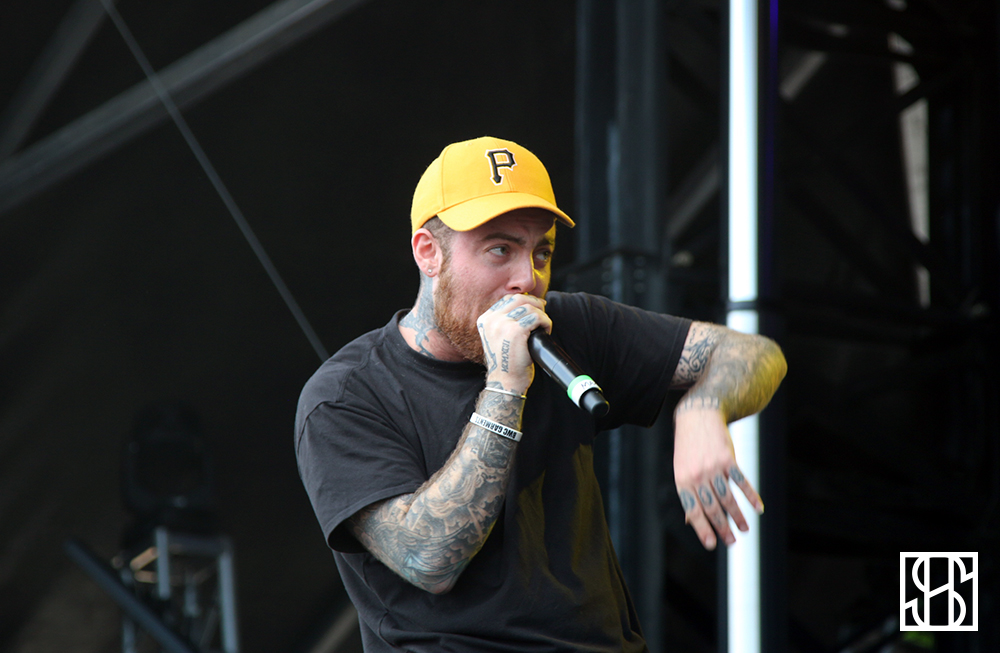 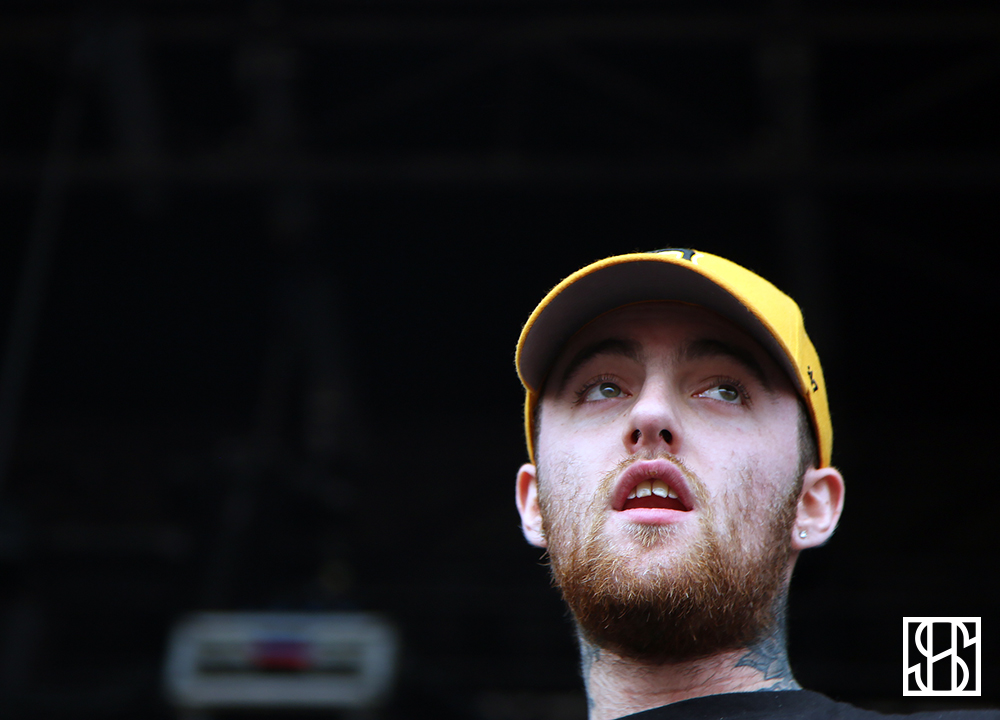 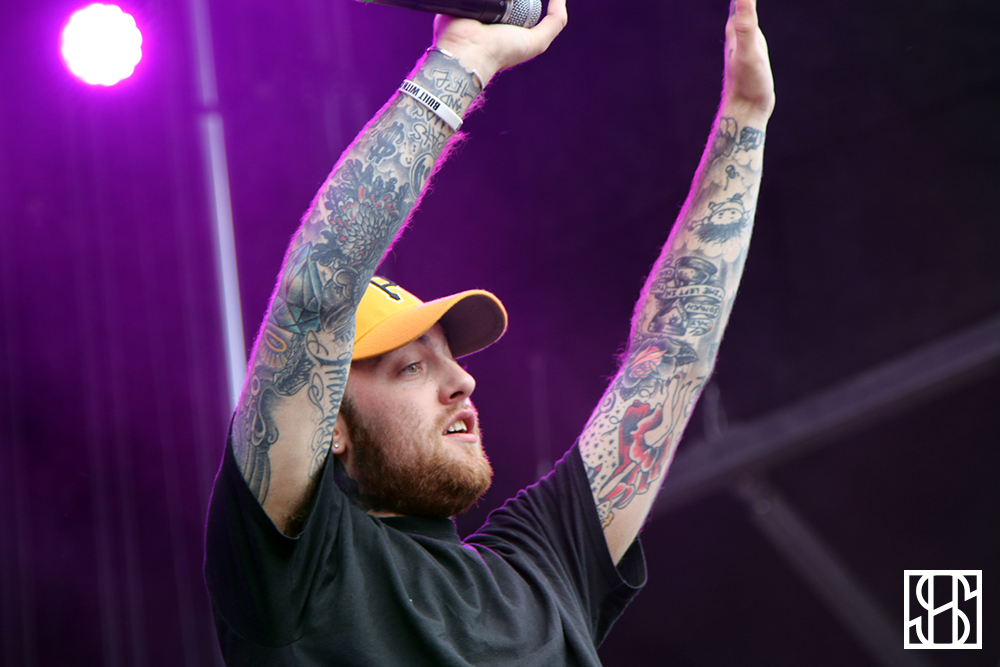 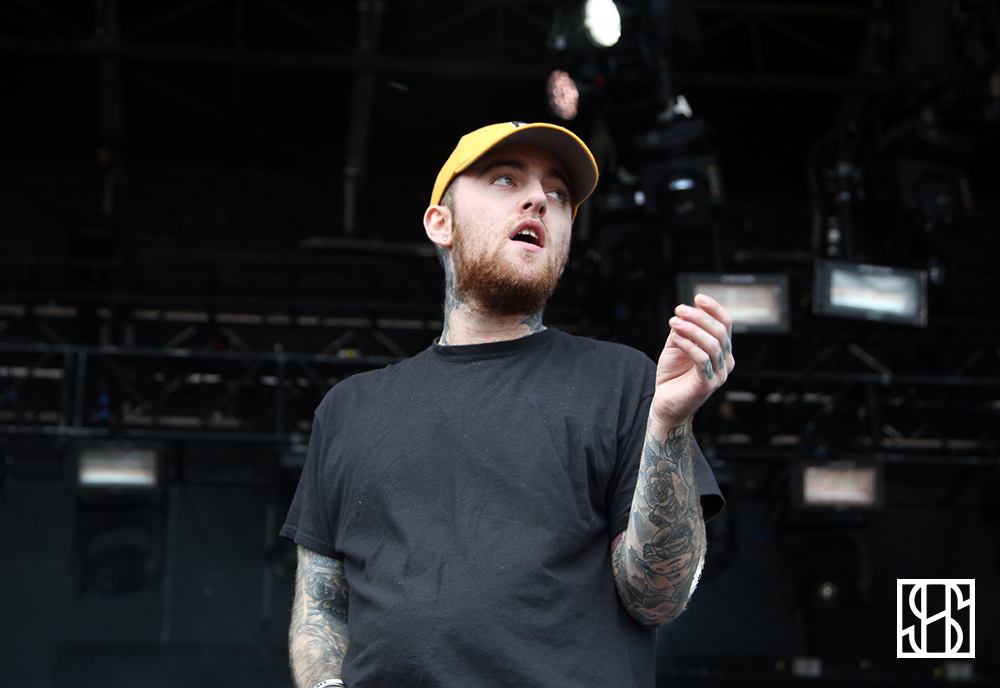 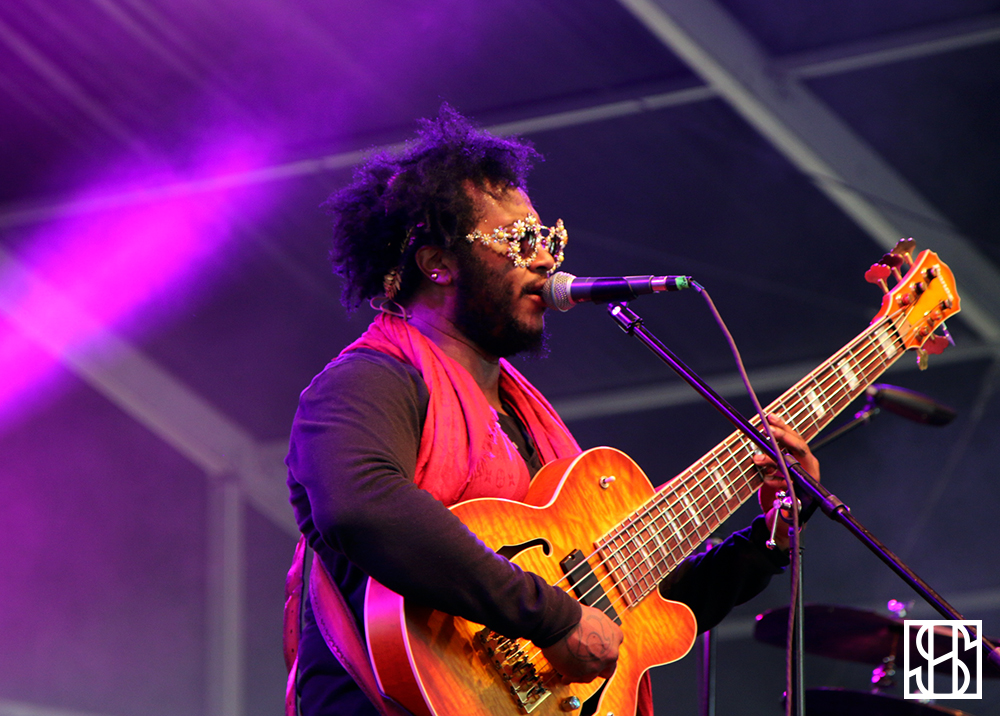 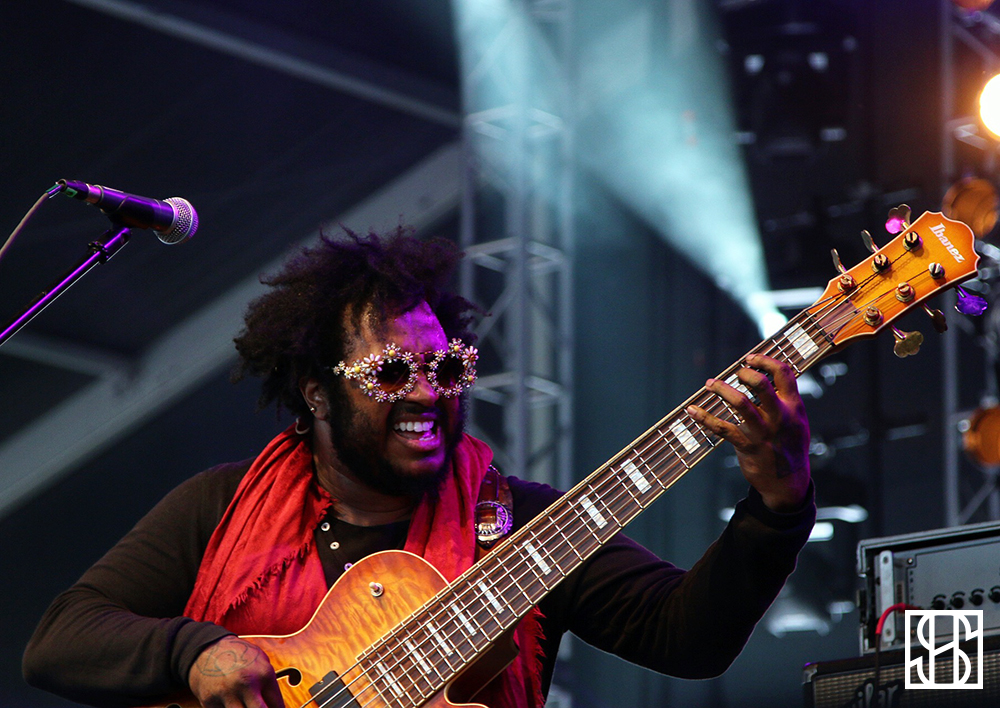