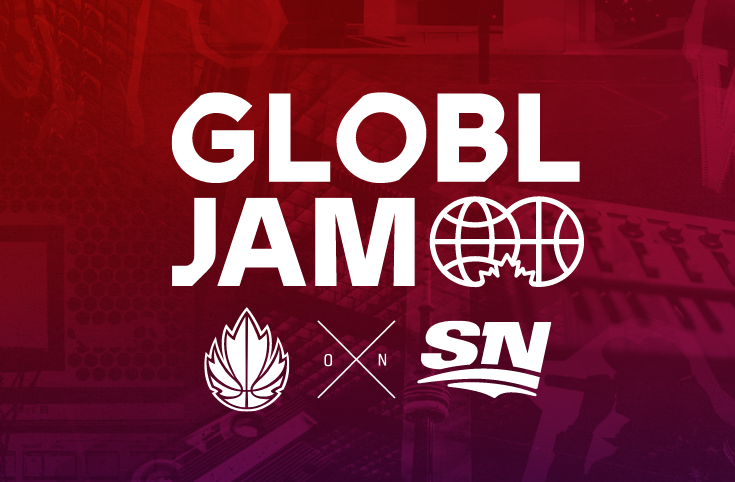 Canada Basketball, along with Raptors Uprising GC, the NBA 2K League affiliate of the Toronto Raptors, have partnered to sync up gaming and sport entertainment. Introducing the first ever GLOBL JAM, an Under-23 battle featuring men’s and women’s tournaments, each with two pools of four teams, respectively. All this goes down at Mattamy Athletic Centre in Toronto from July 5-10.

“The esports industry continues to grow with a global audience of all ages and Raptors Uprising has tapped into a fanbase dedicated to watching our team compete in the NBA 2K League,” said Sumit Arora, vice president of strategy, analytics, and esports at Maple Leaf Sports and Entertainment (MLSE). “We are thrilled to partner with Canada Basketball and share our passion for the game during their inaugural GLOBL JAM tournament.”

Kids Up Front, an organization which provides tickets to arts, culture, and sporting events for kids and families, Canada Basketball, and Raptors Uprising GC have committed to sending hundreds of local youth basketball players from across the GTA to games at the GLOBL JAM FIVES tournament.

“As a sport in Canada, basketball continues to experience unprecedented growth from a participation perspective,” said Michael Bartlett, president and CEO of Canada Basketball. “However, the significant impact that NBA 2K and gaming has on the popularity of the sport cannot be underestimated. Partnering with Raptors Uprising GC around GLOBL JAM is a great first step for both organizations as we look to bring basketball to a new generation of fans across the country.”

Look out for ticket giveaways, prizes, and other promo goodness as things lead up to tip-off at GLOBL Jam.

Raptors Uprising, which was founded in 2018 when the NBA 2K League launched, is also looking to host Team Canada members at the Bell Gaming Centre, a newly formed state-of-the-art facility by MLSE Digital Labs. The facility is the home for NBA 2K League games, streaming content, and training.

GLOBL JAM tickets start at $47. The festivities will be televised via Sportsnet.