GIRLS may be close to over as they enter into their sixth and final season, but the battle for gender equality in the workplace is far from settled. GLAMOUR Magazine decided to shake things up staff wise in 2017. Enter, their February Powered by Women issue created and produced entirely by women, which Condé Nast revealed earlier this week. The only exception is Michelle Obama’s makeup artist Carl Ray who is featured in the issue.

Lena Dunham, Allison Williams, Zosia Mamet, Lena Dunham, and Jemima Kirke take the cover by storm rocking some super crazy platforms and of course a helping of necessary cellulite to round things out.

Check out the full cover below and look out for it on newsstands starting January 10th. 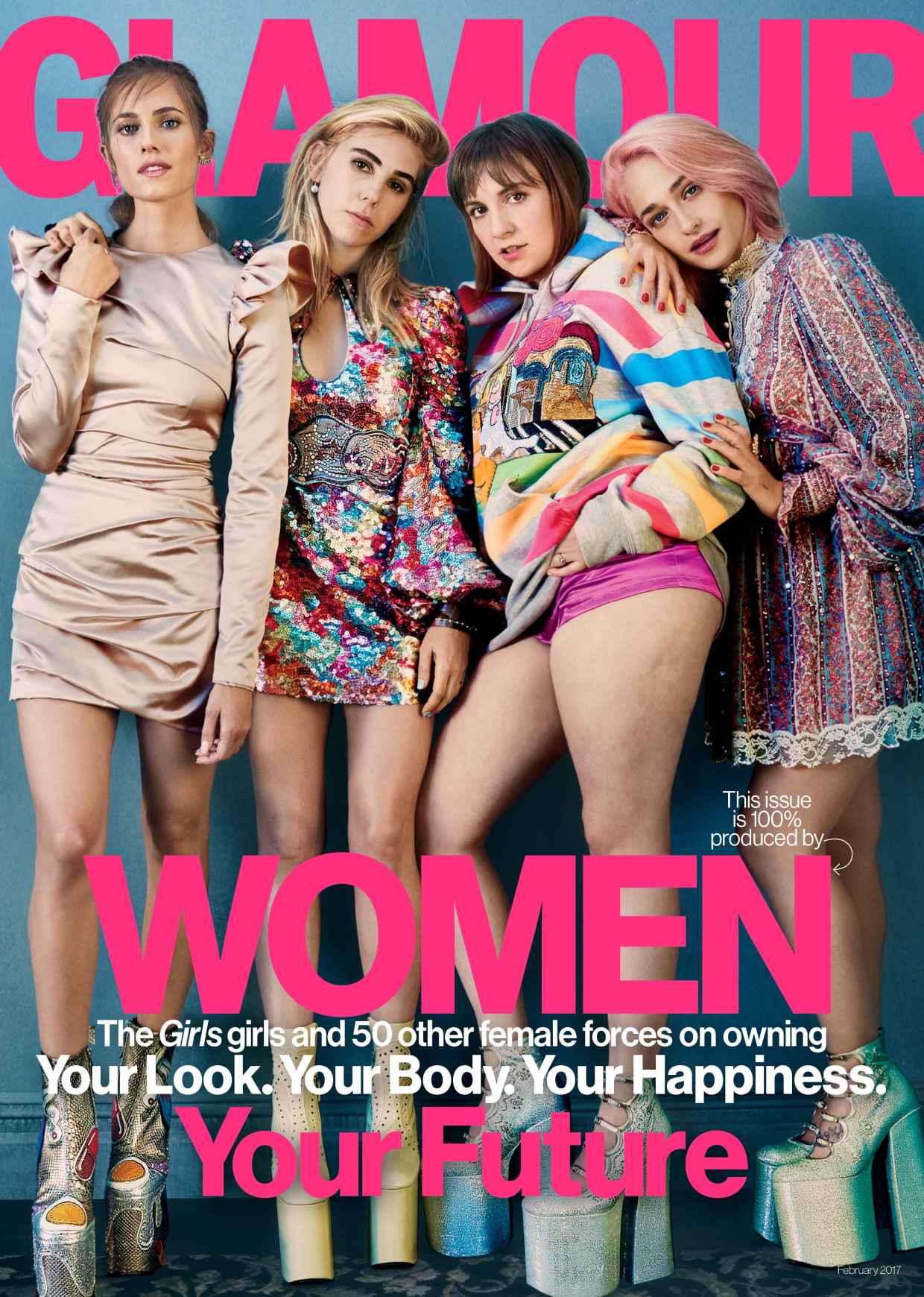