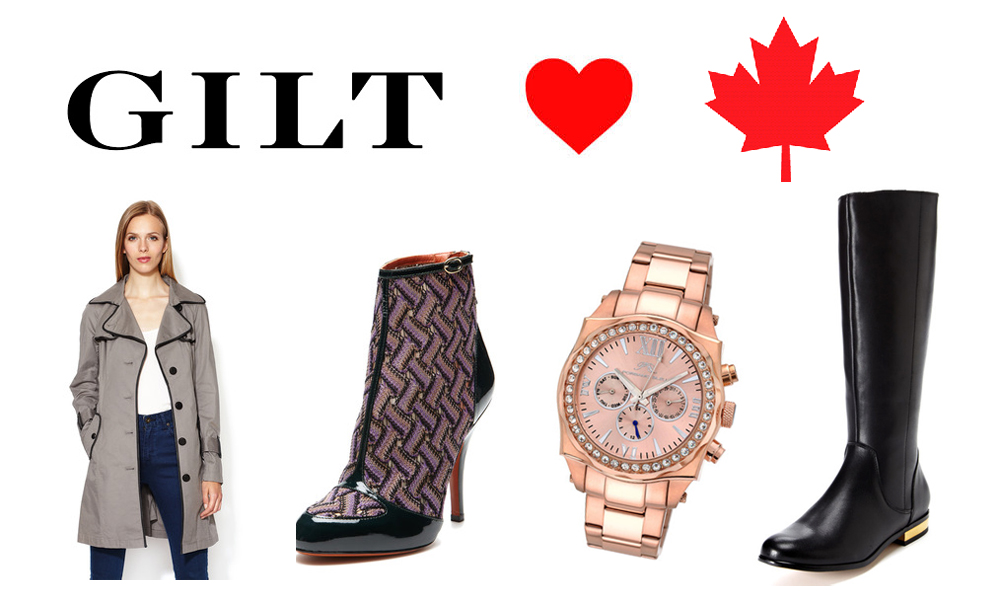 Yesterday morning we had the pleasure of brunching with GILT‘s women’s editorial director Tracey Lomrantz Lester at Soho House to introduce the sites first Canada-only sale. In case you haven’t heard of GILT, they’re a pretty rad members-only shopping site that stocks lots of cool designer brands for way less than regular price.

Though their site was initially launched primarily devoted to flash sales on certain designers when it launched back in 2007 (and that’s still a large part of what they do), GILT stocks a huge range of designers and ships to over five million customers all over the world, including Canada!

Here’s the awesome new! Starting today at 12pm EST, GILT will launch the first Canada-only site exclusively curated and tailored to their Canadian customers! The sale promises everything from 3.1 Phillip Lim to Missoni as well as pieces from must-have Canadian designers like Pink Tartan, Mackage, and Soia & Kyo. So set your alarm for 12pm today, because like all GILT sales, they’re sure to sell out!