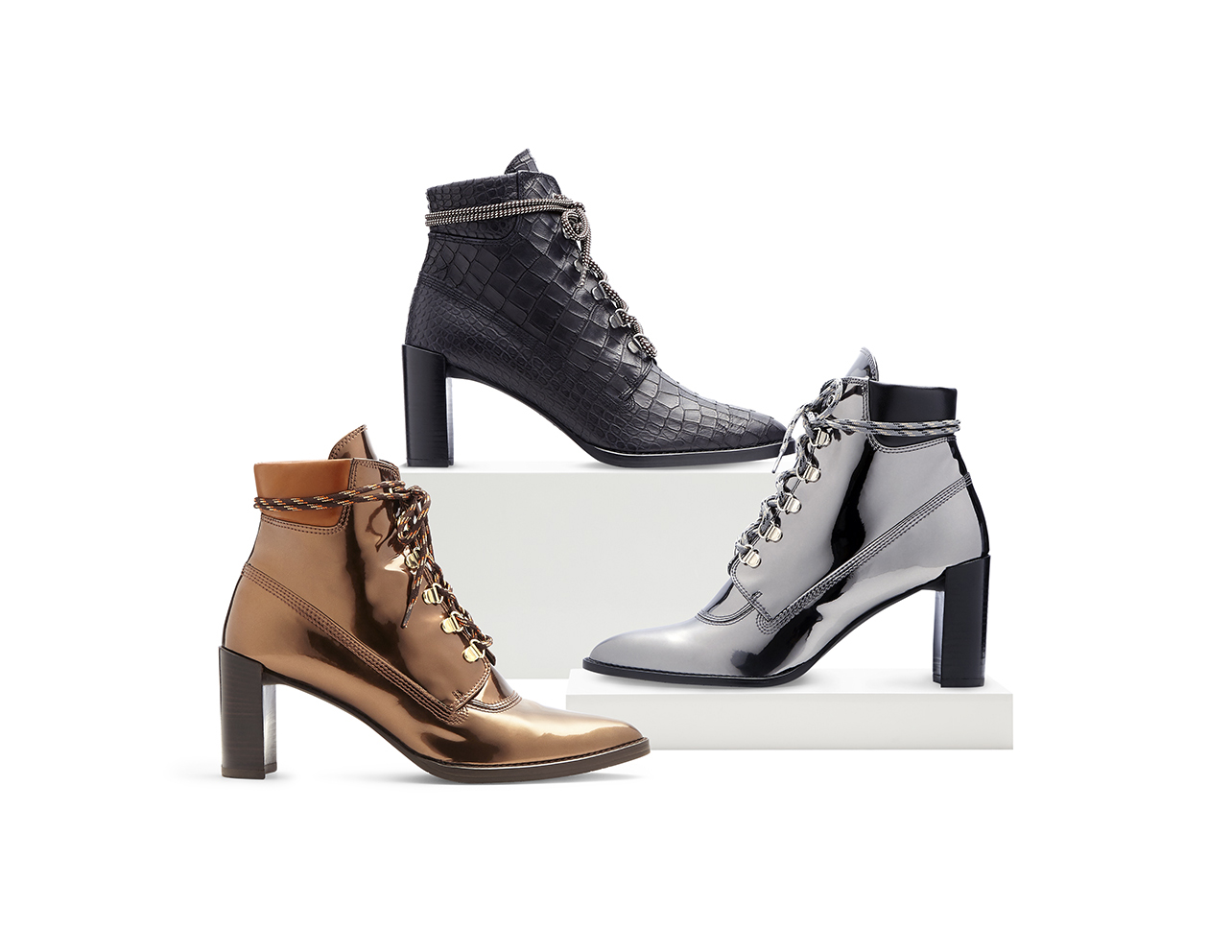 It-girl and model of the moment Gigi Hadid has teamed up with iconic footwear designer Stuart Weitzman and James Franco, who directed the video for the campaign, (because really, what doesn’t he do?) to launch three pairs of her signature lace-up booties, famously dubbed the “Gigi Boot.”

The stacked-heeled mid-ankle booties put a high-fashion spin on the hiker boot and come in three iconic shades – metallic bronze, silver and black crocodile – and retail for $798. A portion of the proceeds will be donated to the non-profit organization, Pencils of Promise, as part of the brands commitment to building schools in Ghana, Guatemala and Laos.

Shop the “Gigi Boot” at stuartweitzman.com and watch Gigi pack a punch (literally) in the #DoItRight campaign video below.