Get wrapped up in Virginia Johnson 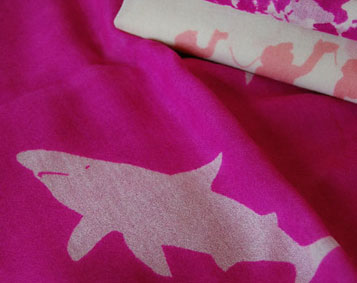 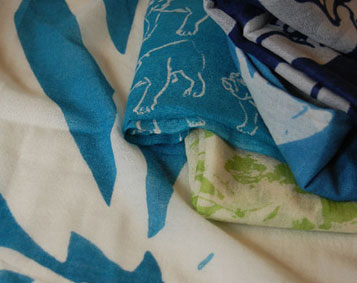 Genius Canadian textile designer Virginia Johnson has done it again with her amazing collection of printed scarves and shawls, accessories, clothing, and kids wear. Most of her past collections make me think of the beach (particularly her tunics, wide-brimmed hats, and canvas bags) because they’re made of the lightest possible fabrics and are printed in brightly colored patterns which are usually inspired by nature.

The Parsons graduate worked for many years at Helmut Lang as an accessories designer before founding her collection in 2001 which is now carried worldwide at such coveted retailers as Selfridges, Spotted Zebra, Barney’s, Takashimaya, and Holt Renfrew (to name only a few).

All her designs are individually painted and signed in watercolors and then are silkscreened onto fabric in her trendy Ossington studio as well as in India.

This season, the shawls are the real gems because they’re made of cozy merino wool and can be wrapped around your neck several times to create a statement without being bulky like some chunky knits are.

The shawls were also recently featured in O Magazine and will run you about $195 US. 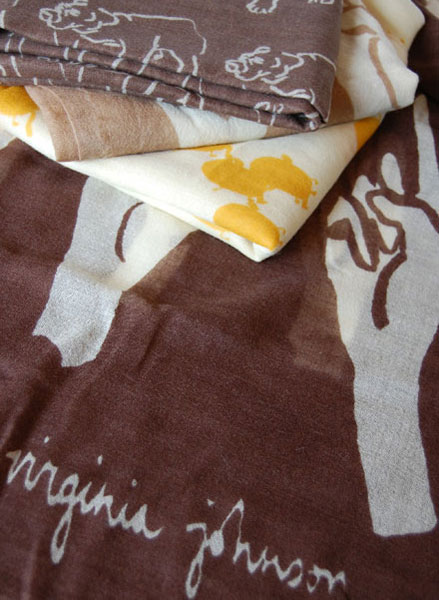