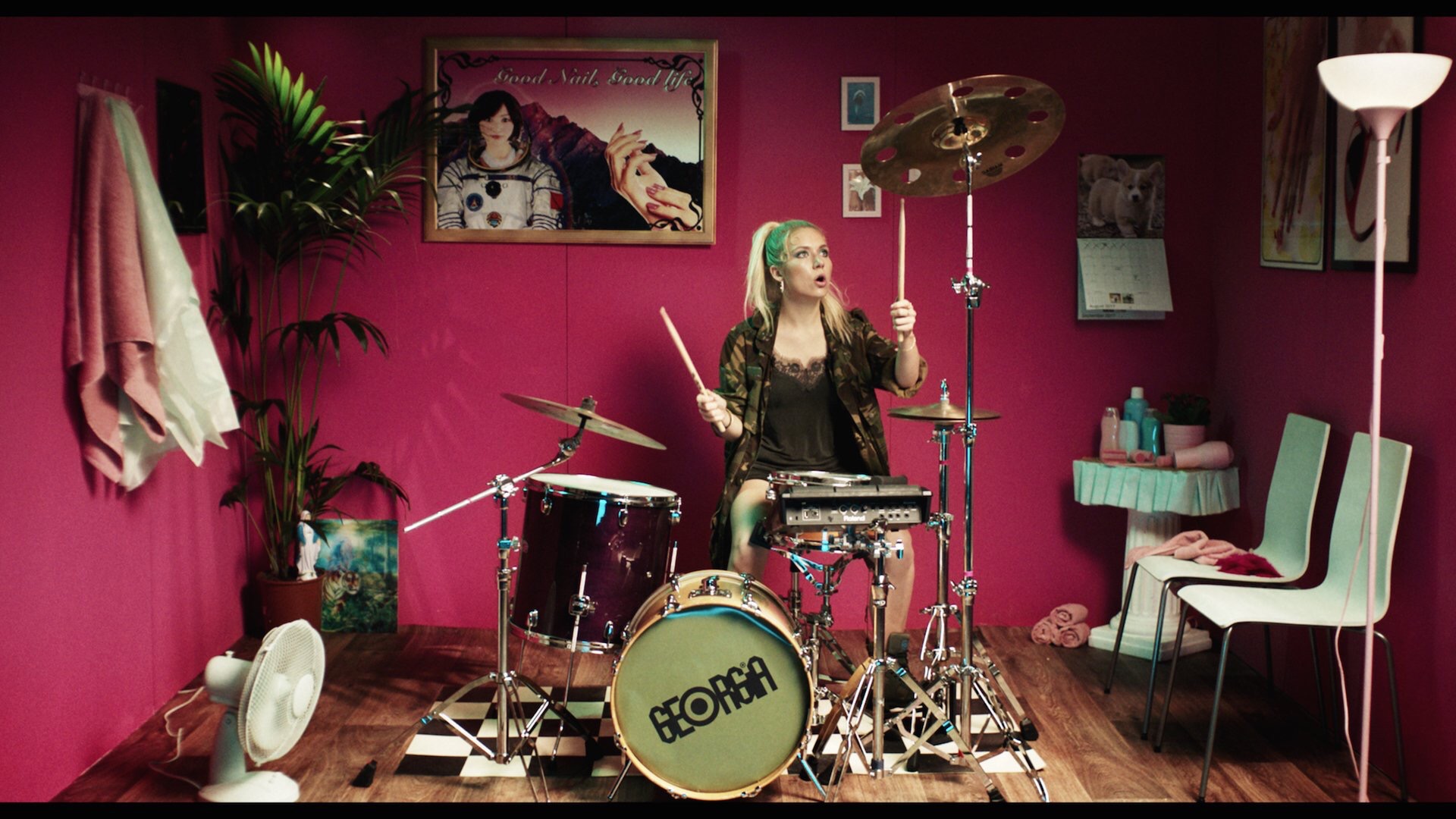 Multi-instrumentalist, producer, and songwriter Georgia is kicking off 2017 with a new track called “Feel It” along with its music video. While she can do almost anything, Georgia is known for her incredible skill as a drummer; she’s a sight to see on stage.

Directed by Raine Allen Miller, the video for “Feel It” features women from every walk of life having a go at Georgia’s drum kit. Miller wanted to inspire girls everywhere to pick up drumsticks. Nailed it. Similarly, Georgia hopes a new generation of musicians will get inspired.

‘Feel It’ is about when our mind and bodies are consumed by a powerful feeling, and the sense of nobody or anything being able to a/effect or ‘shatter’ it. I wanted the video to reflect this by getting female drummers of all ages and backgrounds, to express what they felt by playing and nobody ‘shattering’ this. We gave them little direction, we wanted to capture the initial emotions they felt when playing. I think in turn we managed to capture a real universal message, that whoever you are or wherever you’re from, we all share rhythm and heightened feelings, and if you are a female drummer, DON’T BE SCARED TO EXPRESS YOURSELF, PICK UP YOUR STICKS AND PLAY!

Georgia also announced a set of European tour dates with The Flaming Lips. See the video for “Feel It” above.