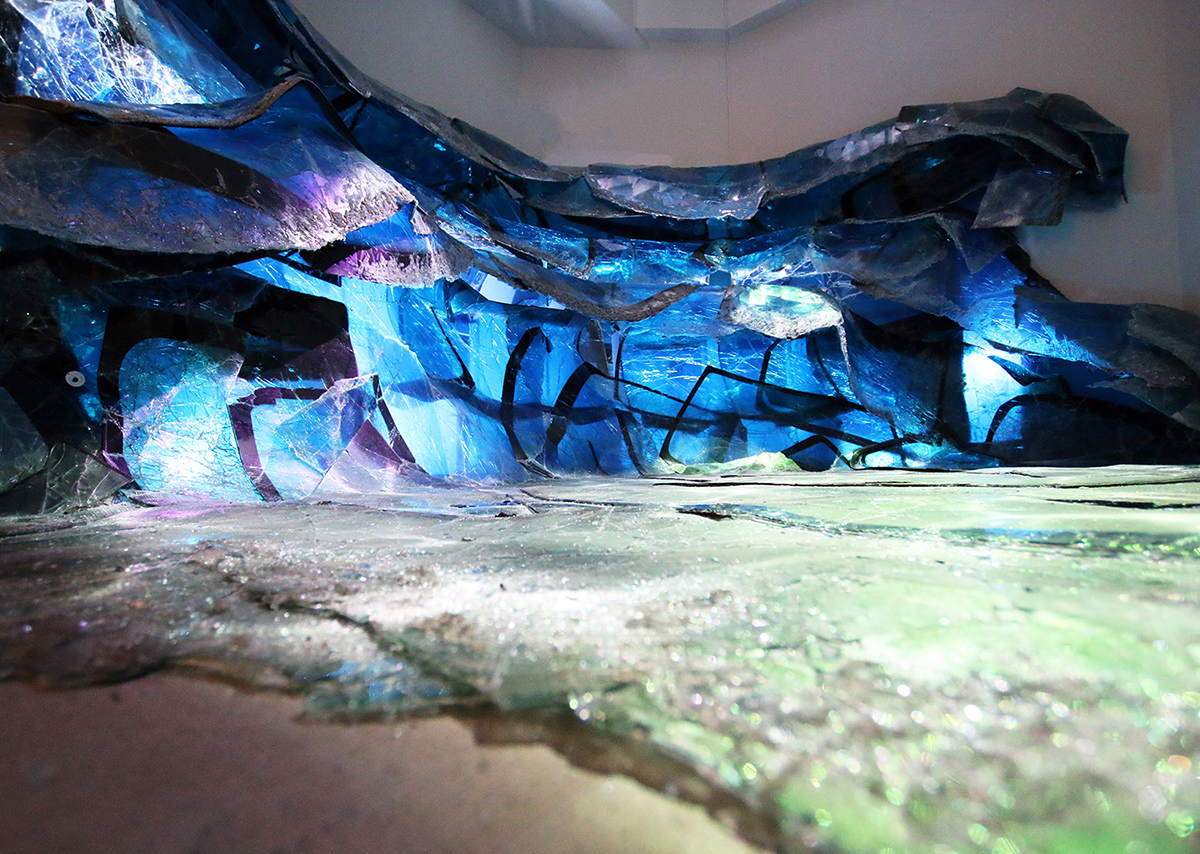 Cult favourite Korean eyewear brand Gentle Monster recently opened their very first flagship in North America in New York, later unveiling an art exhibition entitled Grand Blue. The exhibition is essentially a waterfall of shattered recycled laminated glass in which an underwater visual is projected, designed to look like “clashing waves and a high tide frozen in time,” complimented by a large scale aquarium which adorns the window.

Situated in the front and back of the Soho flagship, the installation is the second of their seasonal series designed by aquarium designer Justin Muir and glass sculptor Ivan Lee Mora. Inspired by the French film Le Grand Bleu, according to the press release the installation is, “a vision of peace and happiness on the surface of the ocean, a place so still and calm that time becomes irrelevant.”

Elements like coral and sand are spread throughout the stores displays, bringing the experience full circle.

The installation is on display now in store until August 31st, so if you’re in Soho, go check it out. Take a look at our photos of the space and some of our favourite shades from their current collection below as well.