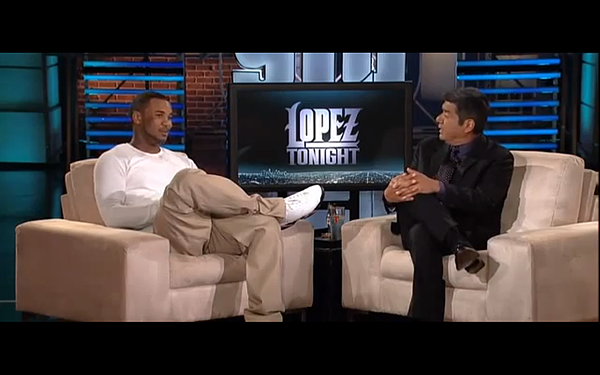 A Mohawk-less Game took to the stage on “Lopez Tonight” to perform his huge new single “Red Nation” from the long awaited R.E.D. album with DJ Skee and his Skeetox band. After rocking the shit out of the red stage, Game sat down to chat with the comedian about his banned-from-TV video as well as his children. The video/interview ends with brief and pretty cute clip of Games younger son “Justice Bieber,” because he’s such a big fan singing Justin’s “Baby.” Watch the video and enjoy!