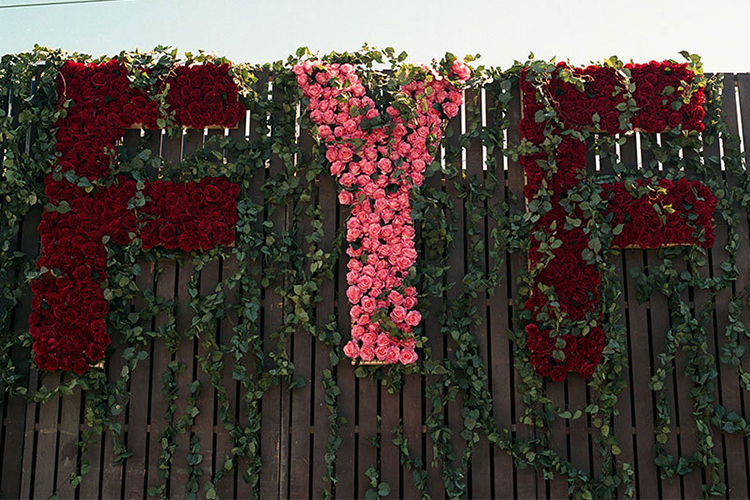 FYF Fest, Los Angeles’ premier festival in Expo Park, just announced this year’s lineup and it’s pretty stacked. Boasting 50+ of the coolest hip hop, rock, and alternative acts, the festival will take place the last weekend in August. Now in its twelfth year, no mean feat at a time when festivals are closing up shop all over the world, FYF will include a market and art installations along with a crazy good lineup of bands. Kendrick Lamar, LCD Soundsystem, Tame Impala, and Grace Jones will headline. Air will perform for the first time in five years. Viet Cong is listed as an act but will be changing their name. Full lineup below.

Passes go on sale this Friday, April 1st online as well as at Amoeba Records and Fingerprints Records. 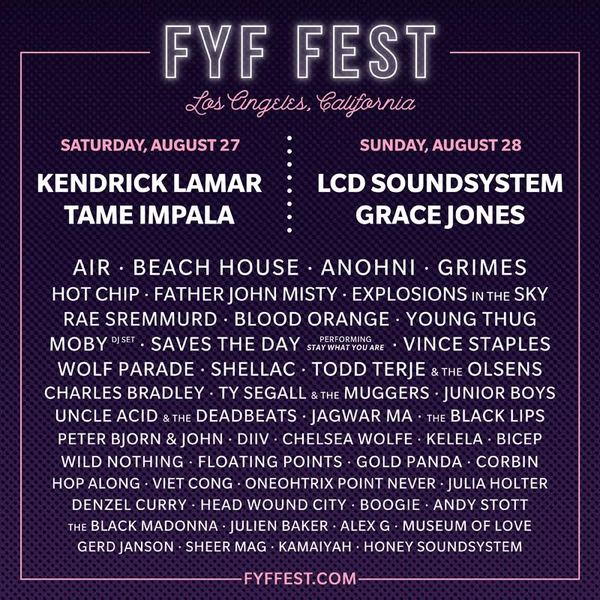 UPDATE: FYF has added some new acts to the lineup. Mac DeMarco, Classixx, and Bands & Steelz will join the two-day fest.