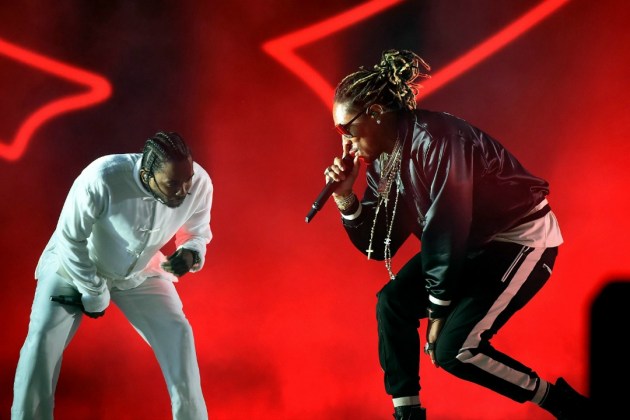 After teasing a potential collaboration on Twitter, Future premiered a “Mask Off” remix featuring Kendrick Lamar on Power 105.1’s The Breakfast Club.

The two recently performed together when Kung Fu Kenny brought out Future during his headlining set at Coachella 2017.

Listen to the “Mask Off” remix below and stay tuned for an official release.