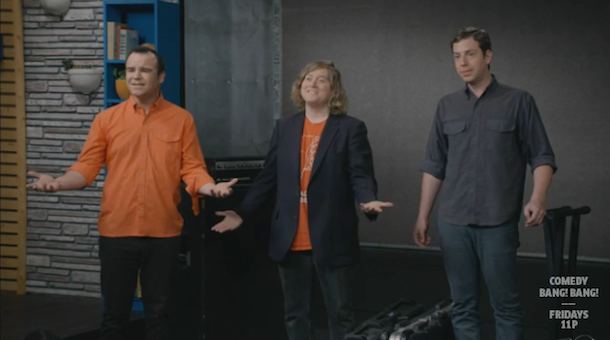 Future Islands stopped by the hilarious IFC show “Comedy Bang! Bang!” earlier this week, hosted by Scott Aukerman. The band arrives there because their bus breaks down, so they attempt to pass the time by playing a song but Aukerman and Reggie Watts aren’t really interested.

After a little convincing the band finally brings them around and just as they’re about to play the song, Reggie Watts fixes their bus.

Watch the clip below.