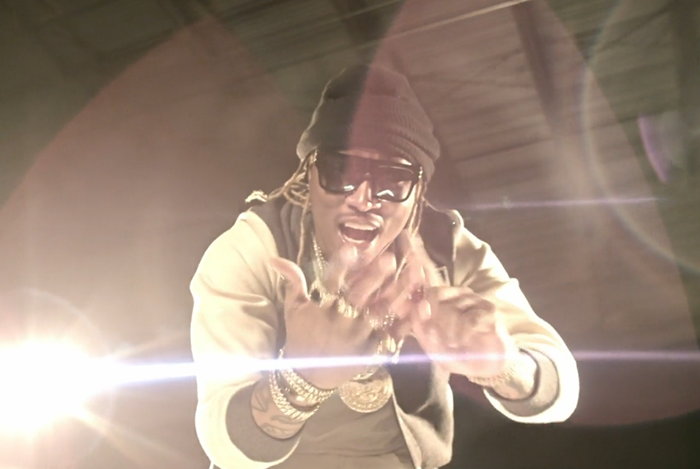 Rapper Future flex’s his late night bling in the official visual for his single F*ck Up Some Commas” off his mixtape Monster, which dropped last October. The video was directed by Motion Family and features the Atlanta rapper and leader of the Freeband Gang lighting piles of money on fire, dropping verses in front of very expensive cars, and more flagrant balling. The video also features cameos from the tracks producers DJ Spinz and Southside as well as Metro Boomin, Lil Boosie, Young Scooter, and Curtis Williams. Watch below.