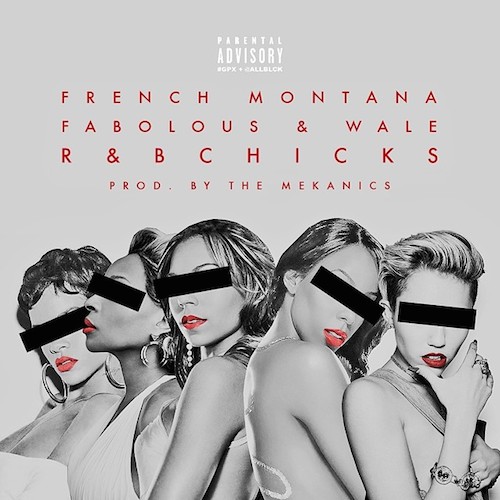 The soon to be Mr. Khloe Kardashian, rapper French Montana, takes a minute out of his day to give a shout out to all the “R&B Bitches” on his new track featuring Fabolous and Wale. The beat was produced by The Mekanics and has all three rappers singing the praises of some of the hottest chicks in the game, including Rihanna, Mary J. Blige, Ashanti, Kelly Rowland and Miley Cyrus. The song is crude but amusing.

French Montana is working on his sophomore album Mac & Cheese 4 now, but until that is released listen to “R&B Bitches” below.