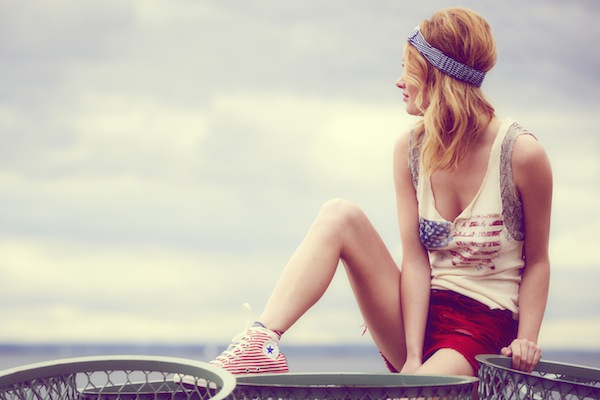 In ’75 Bruce Springsteen sang about freedom and escape on the album Born to Run, singing in the song of the same name, “baby we were born to run” and Free People offers us clothes in the same patriotic style. Shot in the spirit of American freedom and a carefree summer, photographer Thomas Northcut captures Camille Rowe on Coney Island modeling Free People’s take on the American summer.

The Born to Run look book pays homage to the American babe who is not afraid to wear her patriotism on her sleeve; she’s a bit of a tomboy who can rock a worn pair of jeans styled up with boyish shirt or an easy tee, but isn’t scared to throw on the platforms. Red, white, and blue fill the looks with kisses of stars and stripes here and there.

Our favorite looks? Camille in torn jeans, a button down Henley and a red satchel, in this single shot she captures the carefree insouciance of the American summer. We’re also loving her in high waisted shorts, a white tee and a stars and stripes satchel, Camille is ready for a summer weekend of BBQ’s, concerts or just tearing up the town. Camille is set for a backyard 4th of July party in the pretty in red and white gingham dress and a polka dot headband (another homage to the Boss and the summer of ’75).

Take a look at the full look book and the Boss’ lyrics to “Born To Run” below. 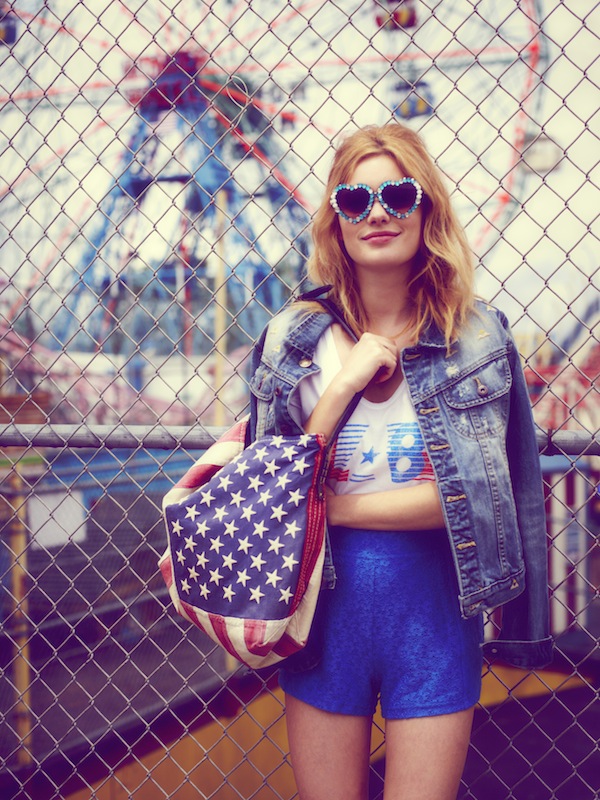 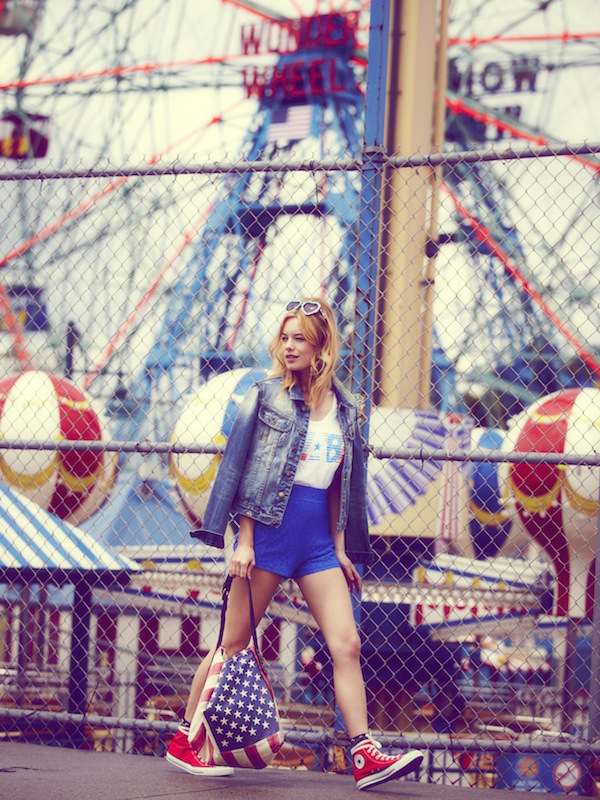 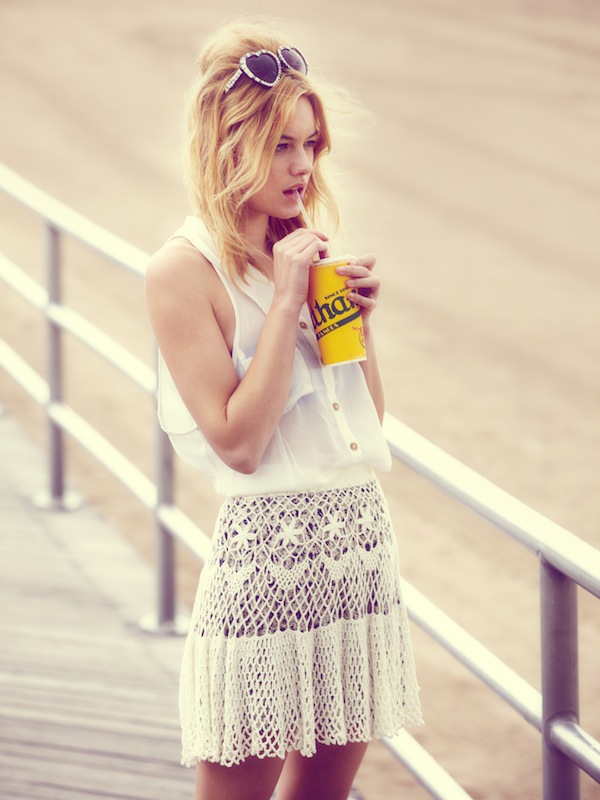 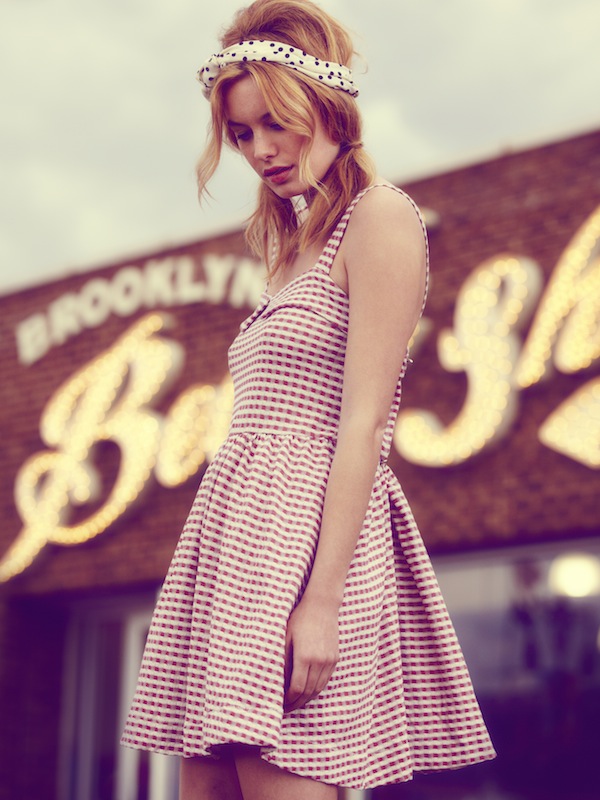 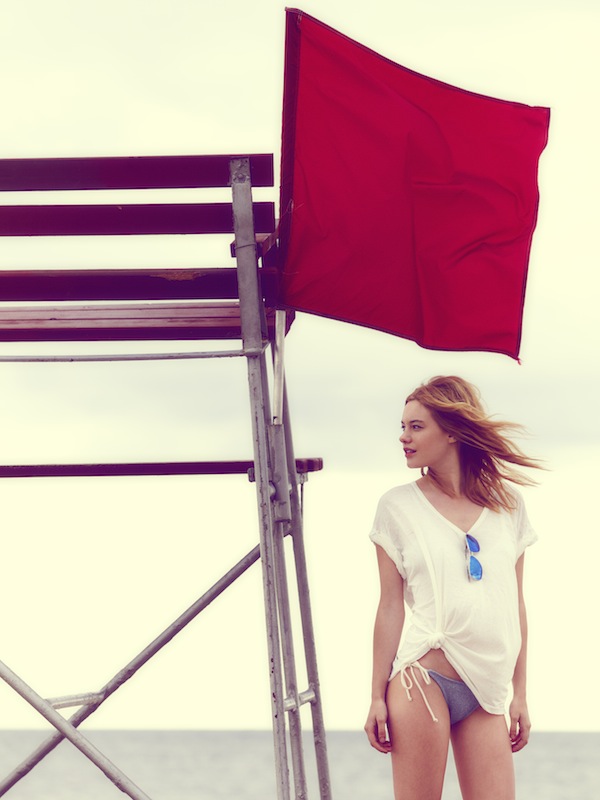 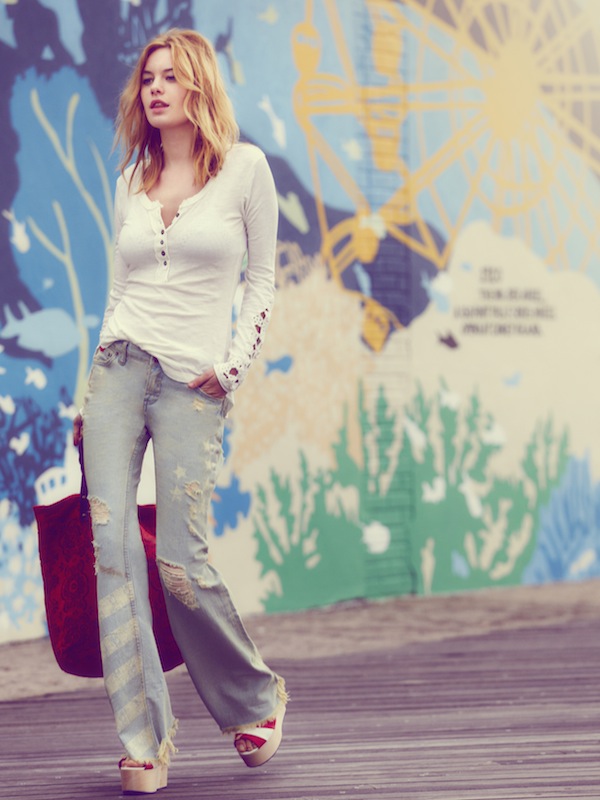 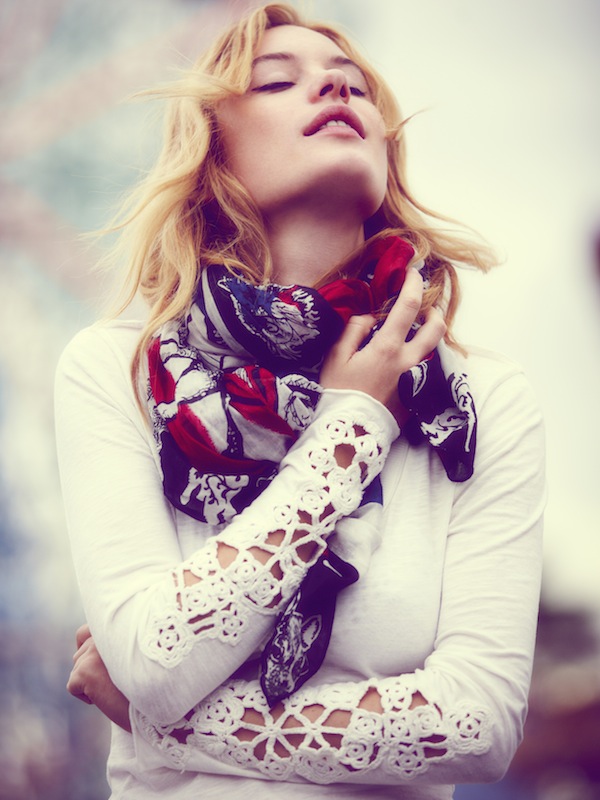 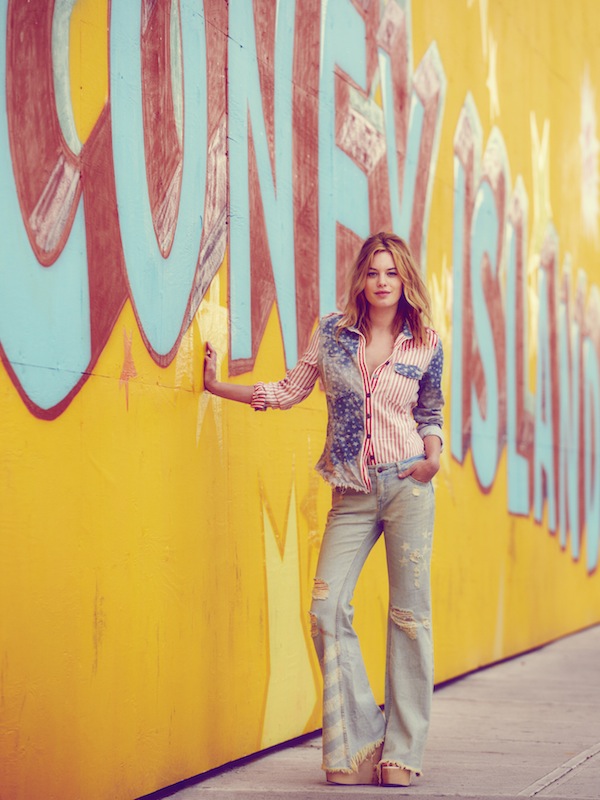