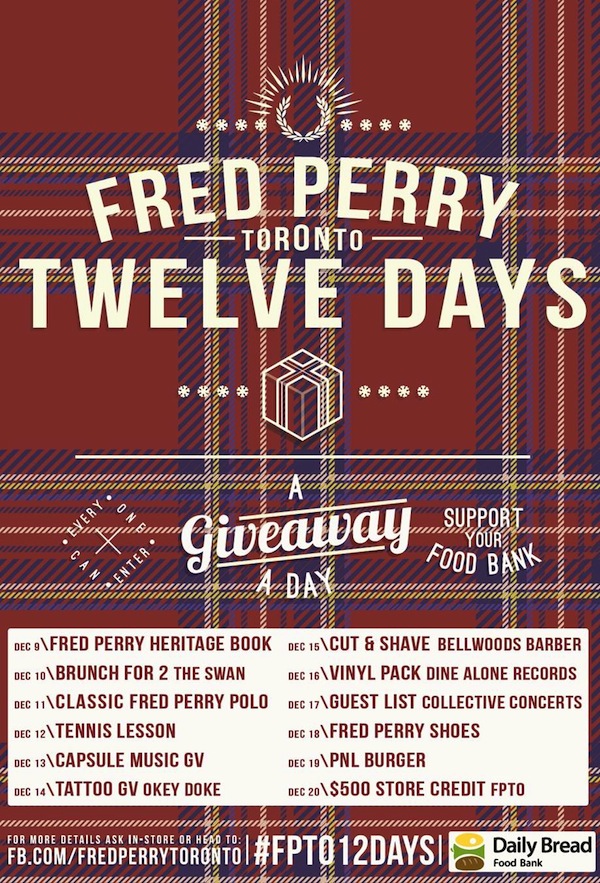 Not sure if you’ve noticed lately Toronto, but your local Fred Perry store, yes, the only dedicated flagship store in Canada, is kinda killing it. Awesome lookbooks, super cool in-store performances and appearances, and running cool contests, such as this one!

In support of the Daily Bread Food Bank Fred Perry Toronto is running quite the epic giveaway spanning twelve days, starting today! Further solidifying their relationship with the bustling Queen West neighbourhood, the giveaway consists of many awesome prizes in store and on the West end block – Brunch for two at Swan, PNL Burger, or some show tickets.

Wanna win? Yeah, us too. Head here to enter.