Frank Ocean is GQ’s ‘Rookie of the Year’ 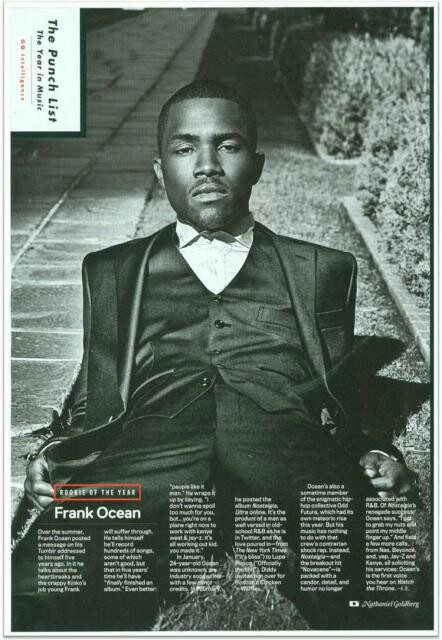 Frank Ocean of OFWGKTA, and of heavy rotation on my iPhone, has been named “Rookie of the Year” by GQ in their magazine’s annual “Men of the Year” issue. The singer-songwriter, has taken hip hop by storm and worked with Beyonce, Jay-Z, and Kanye West, rocks a slick suit in the black-and-white feature. The piece has the 24-year old discussing success of his debut Nostalgia, Ultra, which Ocean released for free back in the summer. We pretty much can’t wait until his official debut album drops.