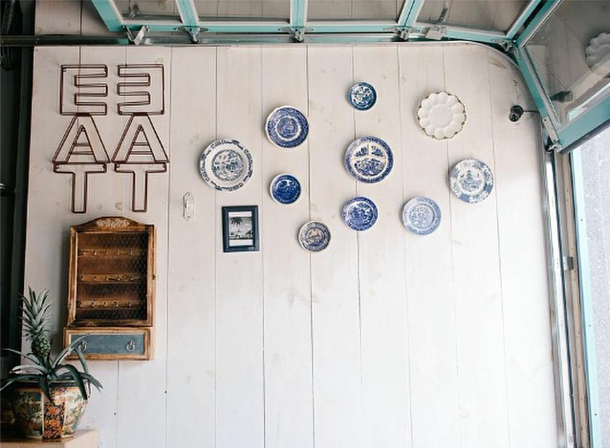 Patois isn’t even 3 months into the ever-growing Toronto foodie scene, and it’s already making its mark in the right neighbourhood, at the right time. This Trinity Bellwoods find is creating some serious impact in the world of Toronto Caribbean cuisine and Sidewalk Hustle had the chance to meet Patois’ owner and head chef, Craig Wong, and chat about influence, culture, and of course his insanely creative recipes.

According to Craig, he’s always wanted to open a restaurant that reflected his Chinese Jamaican roots, and that he did. Everything on the Patois menu is exactly as Craig described it- a deliberate blend of classic Caribbean cuisine with a big hit of Asian flavour. Just like the name of his restaurant (Patois is a term reflecting a blend of cultures), his menu reads like a drool-worthy clash of typical Asian cuisine (i.e chow mein) with a creatively Caribbean twist (add Jerk Chicken to that chow mein!). The restaurant is decorated in welcoming urban textures and patterns, and hip hop music blares from the speakers above. Fitted with a staff that can rap to their songs of choice as well as sell you on any item on the menu, Patois is made for hungry people looking for a cool place to chill.

Check our photos (and reviews) below: 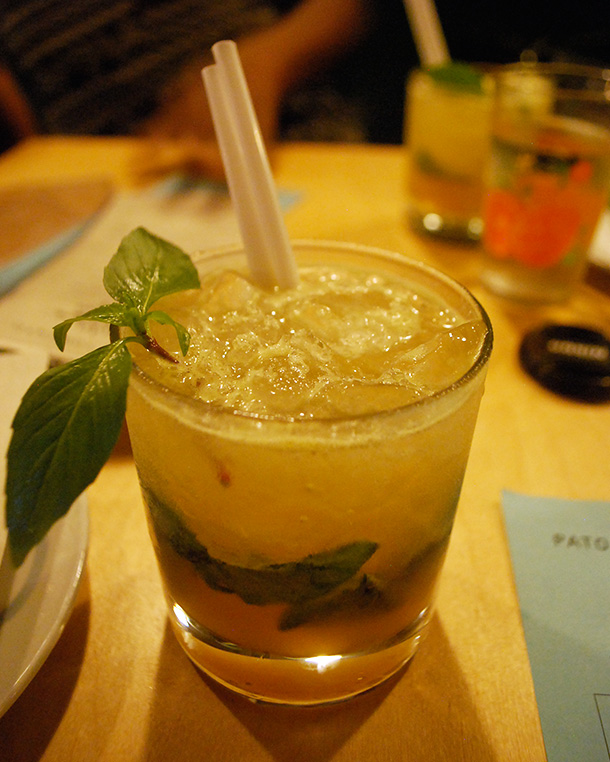 What’s a night out without a cocktail? Pictured above is the delicious Pineapple Mojito. Heavy on the Mojito, light on the pineapple- this drink isn’t as sweet as it sounds, but is definitely delicious. The entire table had (at least) one of these! 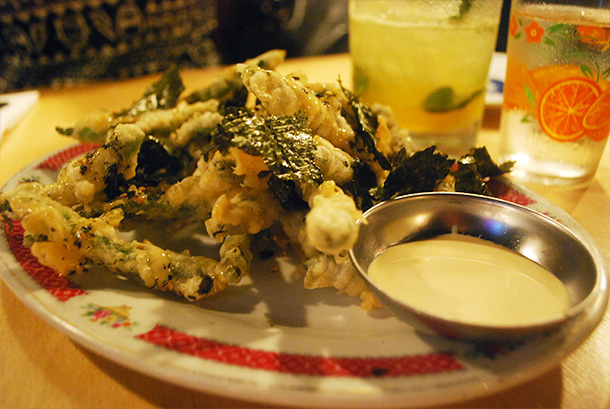 One thing that we noticed (and loved) about Patois, is their choice of China. Each and every plate featured that floral pattern you may find familiar from countless trips to dim sum lunches and late night Chinese restaurant hang outs. We loved the “homey” feel of it all; it was a familiar design in an all new setting, which we were totally cool with. Pictured above was the starter: tempura battered green beans with nori. It doesn’t sound like much, but that mayo dip on the side was EVERYTHIING- one bite of the crunchy bean dipped in that magical mayo got our stomachs eager to try more. A must have appetizer at Patois. 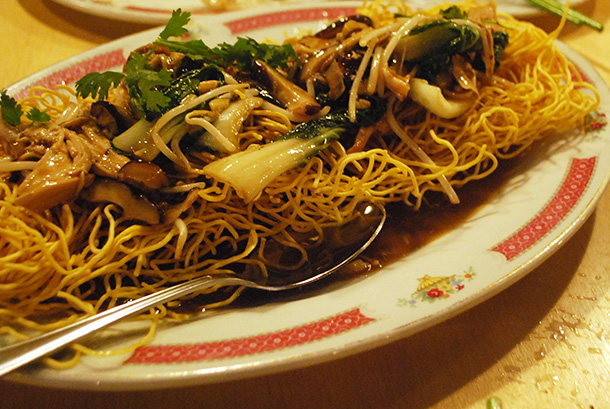 Pictured above is the delectable, incredible, yet strange combination of Jerk Chicken Chow Mein.  It may be difficult to imagine what jerk chicken and bok choy could taste like on a traditional bed of fried egg noodles and oyster sauce, but trust us when we say it is incredible. The oyster sauce is perhaps some of the best in town; Craig definitely knows how to modify a traditional Chinese recipe to make it his own, and this specific dish is no exception. Juicy, crunchy, spicy and incredibly rich, this version of chow mein is new to Toronto and is definitely a star on Craig’s menu. 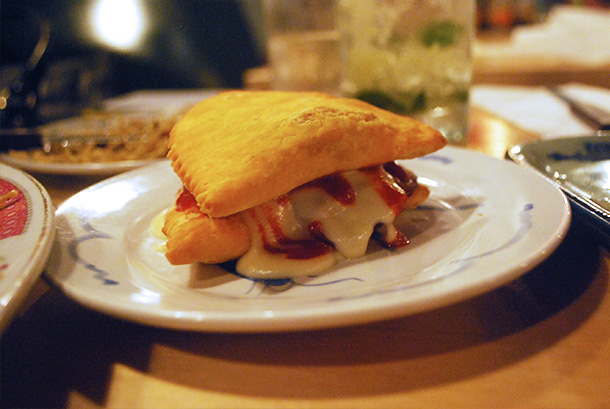 Ah, the Jamaican Patty Double Down. A play on the double down chicken sandwich from KFC, this version features 2 moderately sized patties, several slices of bacon, and a melted cheesy sriracha hot sauce blend sandwiched in between. Take a look at the gooey mess in the middle! Cheese and sriracha hot sauce don’t sound like a great combination, but it was absolutely magical. This snack is likely the trendiest one on Patois’ menu. 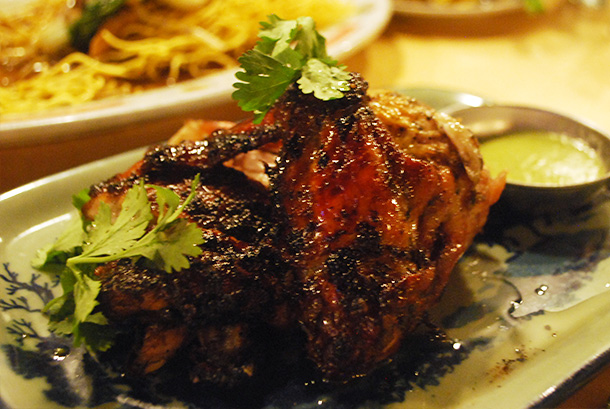 Because we didn’t get enough jerk chicken on our chow mein, we had to order a 1/2 Jerk Chicken as well. Craig shared that his Jerk is marinated and cooked rotisserie style- a different method from traditional baking or grilling. We don’t know how he managed to do it, but he has created a perfect method to keeping the chicken tender and juicy on the inside, and crispy with spice on the outside. Simply delicious. 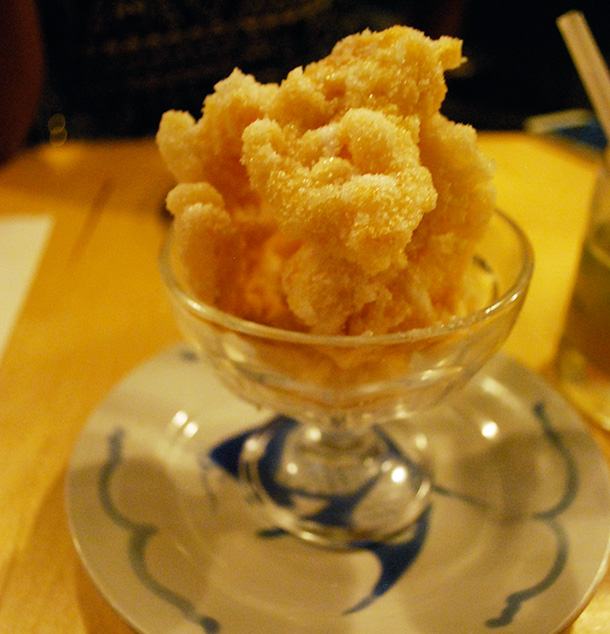 Of course, we had to end the meal with a dessert, so we opted for the Jackfruit Beignets. Unlike classic beignets, these were not donuts but instead, huge pieces of juicy jackfruit lightly breaded, fried to a golden brown and dusted with fine sugar. The perfect sweet ending to a completely satisfying meal. However may we suggest to Craig, pairing some vanilla bourbon ice cream with these beignets?

Patois is an incredibly down to earth restaurant in Toronto, and despite its young age of 3 months, Craig seems to have the food, staff and decor on point at all times. Sidewalk Hustle had a great experience there and will definitely be back; there are enough fascinating items on Patois’ menu to keep people coming back for more. With a refreshingly different menu, Patois will be making waves in the Trinity Bellwoods neighbourhood for a while.