Foals perform “My Number” on ‘Later… with Jools Holland’ 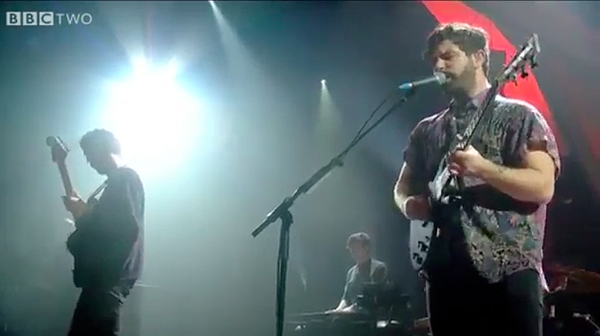 Last night the Foals dropped by “Later… With Jools Holland” to performed a brand new track, “My Number”, which will reportedly appear on their upcoming third album Holy Fire. This is the second new song released from the Oxford rock group in little over a week. So far, so good from what we’ve heard. Holy Fire is set to be released on February 12 via Warner Bros.