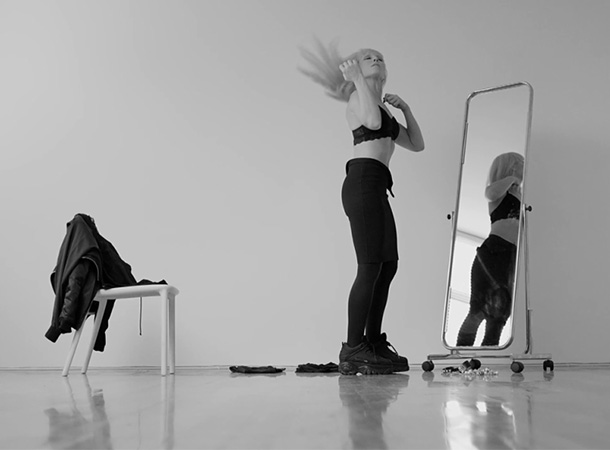 You may recognize the star of this short film, Noomi Rapace, from the original Swedish film interpretation of The Girl With the Dragon Tattoo. Here, Noomi is filmed as she experiences a body casting process- the film is broken down into 7 “Acts”, including everything from Noomi’s arrival to the studio, to her undressing in preparation for the cast, to the casting itself. Each Act features a different sound from Flying Lotus, each appropriate to the specific Act’s mood. Shot completely in black and white, Flying Lotus’ haunting music fits perfectly with each Act and almost leaves you wishing there were more than 9 minutes of this gorgeously directed film to watch.

Have a look at the entire video below via NOWNESS.