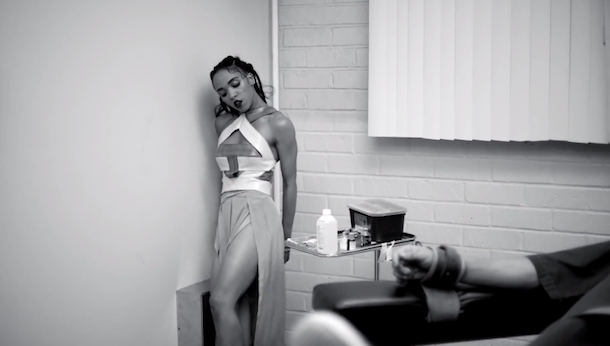 Following her super cool concept video #ThroughGlass release last week, FKA Twigs has dropped a brand new video for “Video Girl” off her stunning debut album LP1. The video is somewhat disturbing featuring scenes of Twigs behind a glass looking at a violent criminal, who she eventually ties down to torture, while still looking incredibly fierce dressed in couture. It also features short graphic clips of a man with blood running out of his mouth, which is near perfectly timed with Halloween this week.