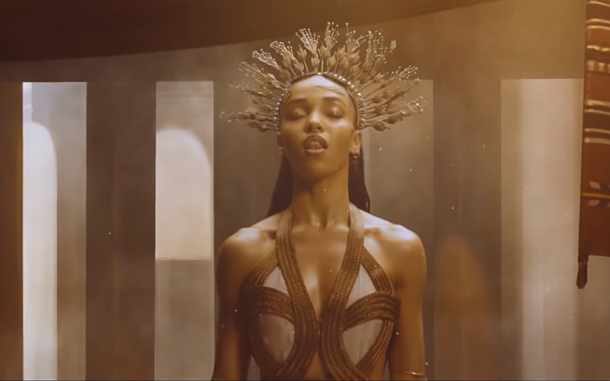 FKA Twigs has been one to watch ever since her “Water Me” video caught some waves last year. Now she’s back with the first single and video off her upcoming LP1 album, which is set to come out on August 12th. The entrancing visuals were directed by Nabil and captures FKA looking regal with little ‘twiglings’ dancing below her.

Watch the full video below.