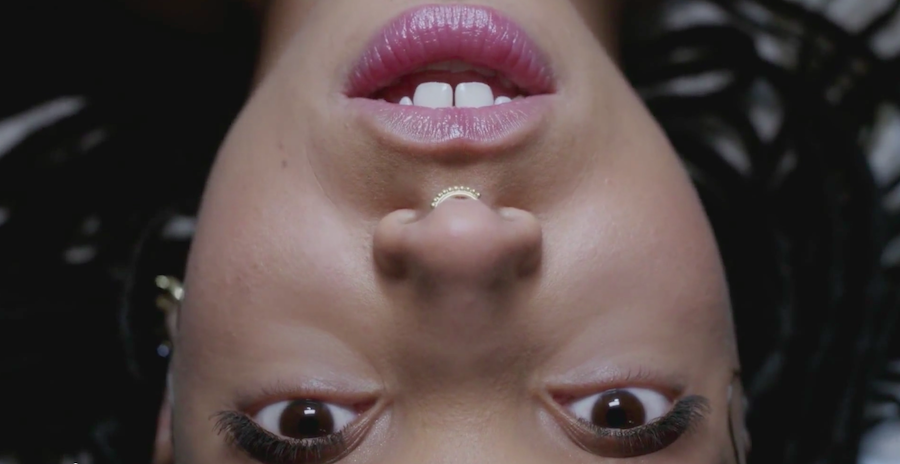 FKA Twigs has dropped a brand new video for “Glass and Patron”, the track which was recently featured in her Google Glass ad, and is set to appear on an EP forthcoming this year. Produced and self directed as part of the YouTube Music Awards, the clip starts off with Twigs giving birth to a never ending trail of silk scarves which then transitions into her and a bunch of dancers doing some pretty epic vogueing.