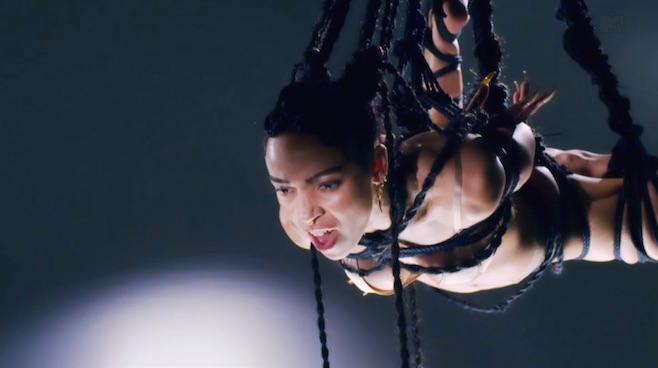 MTV has just released FKA Twigs brand new video for “Pendulum” off last years stellar debut LP1. The video captures Twigs hanging, like a pendulum, caught in a web of her own hair, wearing lingerie. We won’t reveal too much, but following that opening scene the video takes a somewhat odd turn from there.

Watch the vide for “Pendulum” below now, directed by Twigs herself!

(The video is unavailable in Canada at the moment, but we will update it as soon as it becomes available).