Five Minutes with The Naked And Famous at Governors Ball 2014 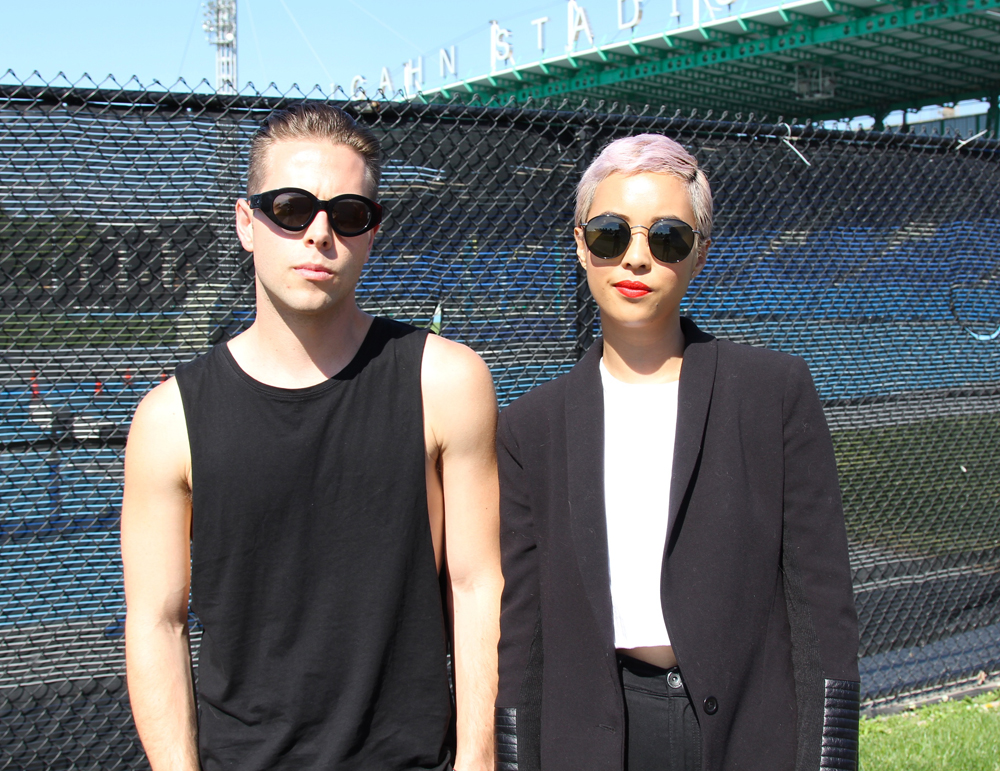 Alisa Xayalith and Thom Powers of Auckland rock band The Naked And Famous had a few minutes to spare back at Governors Ball in New York and we sat down to chat for five minutes about what music they’re listening to and loving at the moment and their projections and goals as a band among, other topics.

Read our Q&A below. 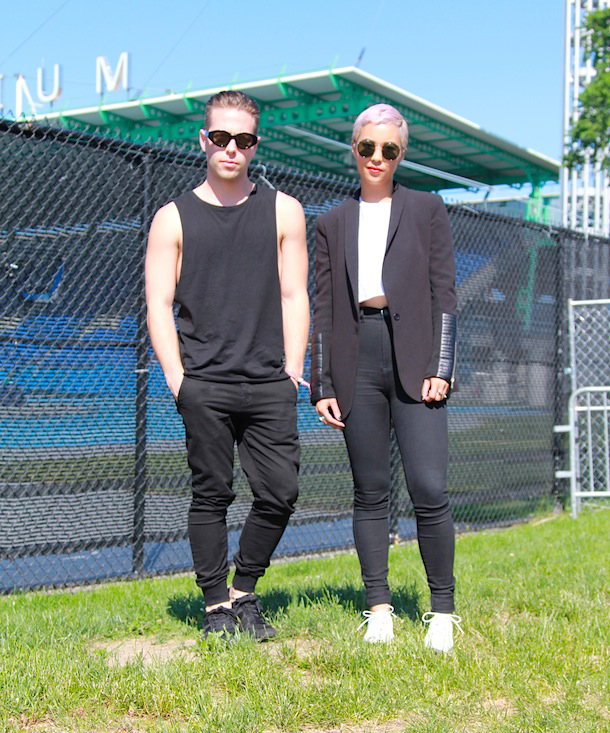 SH: Who/What are you wearing at the moment?

Alisa Xayalith: I’m wearing Miista Shoes and a jacket by a New Zealand brand called Moochi who I recently did a fashion collaboration with, and just you know, a casual crop top and jeans.  My glasses are by Moscot from New York.

Thom Powers: Stolen Girlfriends [club], my glasses, that’s a New Zealand brand and a bunch of casual crap I picked up from ASOS.

SH: What are you listening to right now?

Alisa Xayalith: At the moment I have just listened to the latest Caribou song on repeat. I LOVE it. I just can’t stop playing it! The New Horrors album has actually been really chill, I’ve been listening to that as well.

Thom Powers: I had one of those bouts of wanting to get into a whole bunch of new records, and I haven’t been very patient, so I deleted everything off my phone and just put all the Radiohead albums on. I went back and I’ve listened to the whole extended special edition of Amnesiac, which was really fun. I had forgotten so much of the b-side stuff that I didn’t really know.

SH: Where do you see yourself in five years as a band?

Thom Powers: Hopefully doing quite large theatres, playing large theatres would be nice. It would be nice if our band can just continue growing in a way that makes us feel like we’re developing as musicians and that were able to connect with more people and try interesting new musical ideas at the same time. Just the dream, perfect artistic and commercial success (laughs).

Thom Powers: Ha! Honestly, this is not one of those decisions I could comfortably make.

Alisa Xayalith: I’m gonna say Tupac. Because when I hear the name Tupac it makes me really reminiscent and nostalgic of my childhood.