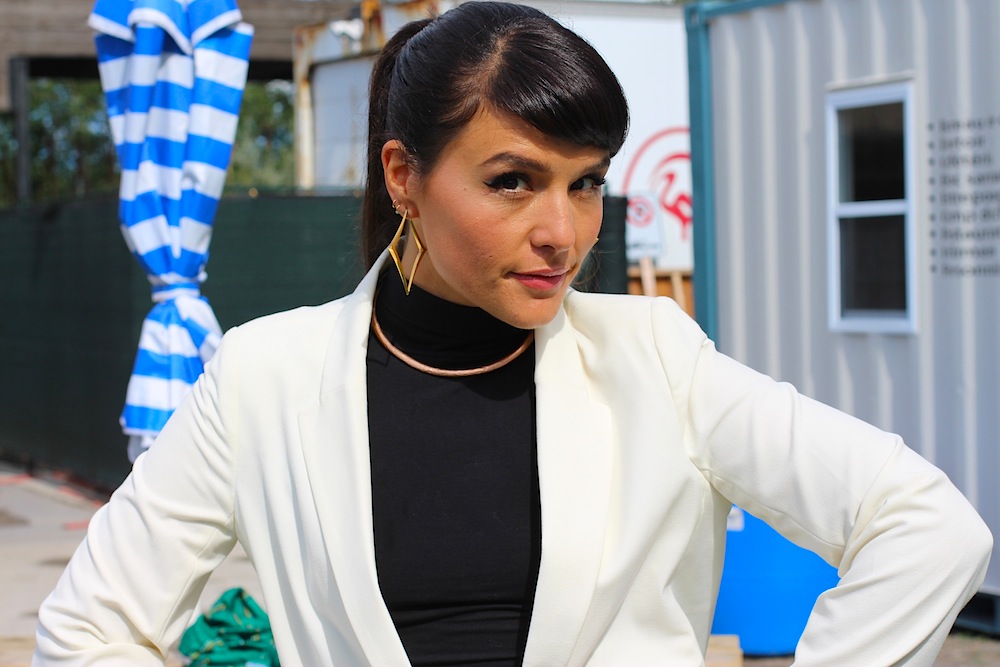 On the last day of Osheaga Music Festival, we were lucky enough to snag an interview with British songstress and just about the coolest chic we’ve ever met, miss Jessie Ware. We chatted following her performance, until we basically became besties (jealous?) talking about nails, her love for Prada, or Mrs P as she calls Miuccia, and why she’d choose Biggie over Tupac.

Man she’s cool. And of course, like any cool girl, she also looked cool in a layered monochrome look, including her signature cropped top, and for the first time, flats which are one of her festival survival tips.

If you aren’t already smitten with her, you will be once you read our adorable Q&A below. Excuse us while we run out and buy all her favourite things just like Liz Lemon when she thinks she meets Oprah on 30 Rock.

Sidewalk Hustle: Who or what are you wearing?

Jessie Ware: Robert Clergerie [white patent leather flats], never heard of him, but I love them, I love slippers. My favourite slippers I’ve got at the are these Penelope Chilvers embossed ones, they’re velvet, like proper slippers, and they’ve got JW on the front, like really old man-like – I love them. But these [Robert Clergerie] have been amazing to play on stage with because I’ve just learnt about wearing flats, you actually can run around in. I think they’re better for festivals because I feel like you have to give such energy at festivals.

These are some custom made Topshop trousers. I’ve designed some outfits with Topshop for performances, so they’re kind of made to fit and they’ve got a little silk paneling. This [blazer] is actually Miss Selfridge, which is a really cheap high street brand in London, but I think it’s just really good for stage because you don’t always want to wear really expensive stuff on stage, but it’s really graphic and I love the monochrome.

This [shirt] is just asos, but i’ve been wearing polo-neck crops since the beginning. These [earrings] are Dinny Hall hoops, which, actually I don’t usually wear this shape, but I love them. This [ring] is Dom Jones. Do you know about Dominic Jones? He’s my friend, he’s the most amazing designer.

Sidewalk Hustle: Your nails are rad too… [they were]

SH: Who is your favourite designer?

JW: I think Miu Miu, I think Mrs Prada can do no wrong in my eyes. She’s phenomenal. I just became the CK One colour global ambassador, like for their new make up, so I got to wear Calvin Klein yesterday. I’ve never worn Calvin Klein before, and OH MY GOD it was beautiful. I’m really excited to be working with them and wearing the clothes was just an absolutely wonderful bonus.

SH: What’s on repeat right now for you?

SH: Are you still on tour with MS MR?

JW: No, they did a small tour with me in April. We’ve kind of missed each other on these runs, but I saw them at Glastonbury – they’re lovely man, really good. I did this festival at the beginning of the year in Australia that was a touring festival that went all over Australia and The Neighbourhood were playing. Have you heard of The Neighbourhood?

JW: Oh my god. They’re like the trendiest boys. They’re playing tonight – check them out! They all look amazing, tattoos and they all dress the same and they’re lovely lovely boys and they look fucking great. Met them and met MS MR, and I met El-P, lovely guys, and Alt-J, and we all kind of got on really really well at the festival, so that was nice.

SH: Any festival survival tips besides flats? Or touring tips?

JW: Take your make up off, like proper. False eyelashes. Dry shampoo. Baby wipes, you never know when you’ll be able to have a shower. Head scarfs, I’m really into head scarfs at the moment. They can always hide a greasy mop.

Sam: Yeah I would, but not many people would..

JW: Well it’s not your interview so… [cuts him off and they laugh] Yeah so, he’d choose Tupac, I’d choose Biggie. 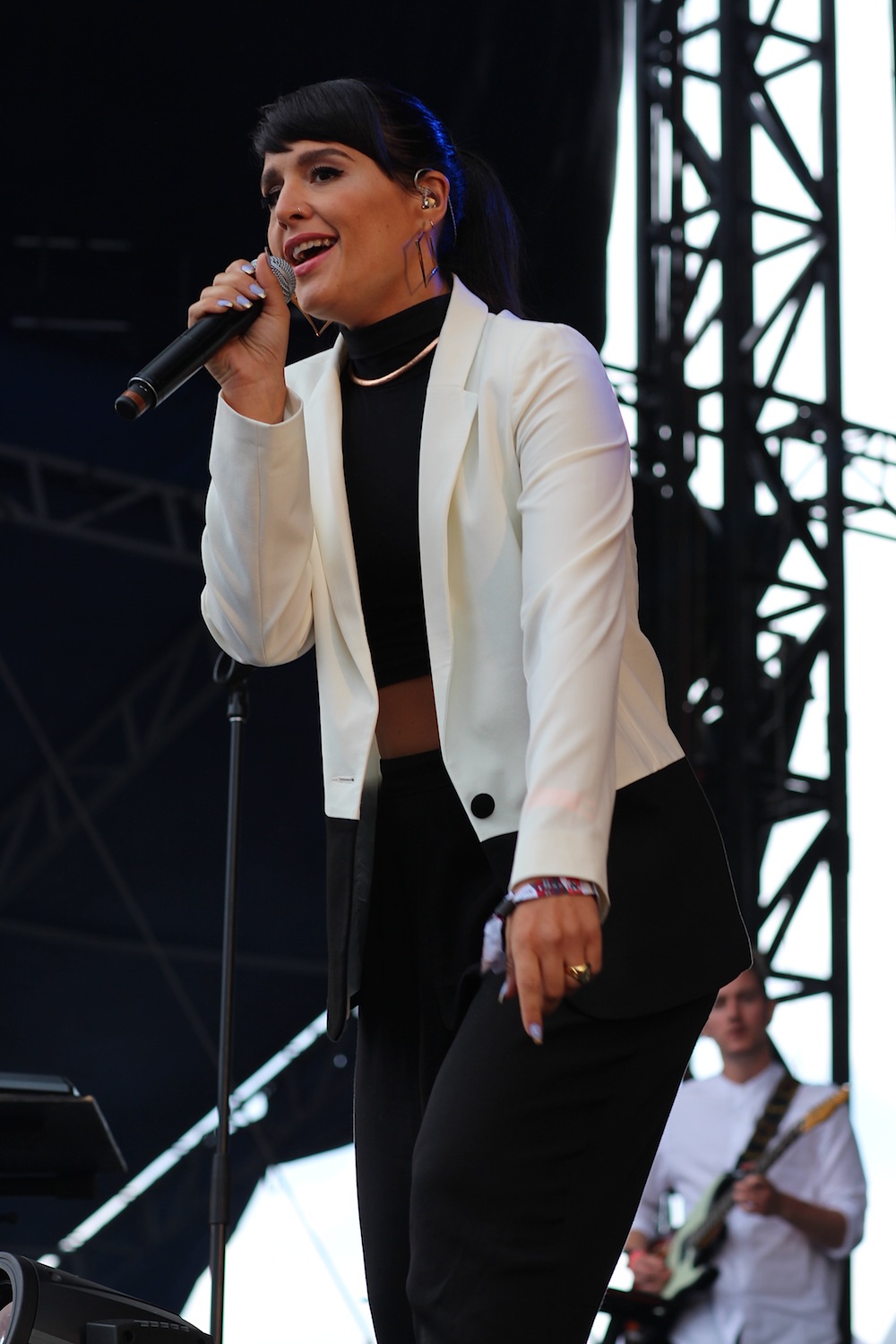