We recently caught up with Jesse Hughes aka Boots Electric aka The Devil aka Shanky McBuzcock aka the lead signer of the popular desert rock band Eagles Of Death Metal. We chatted casually with the greasy, yet somehow charming Hughes on the muddy fields of Riot Fest in Toronto a couple weeks back about capes, getting girls to sleep with him, the new record, and of course drugs.

Read our Q&A below now.

Sidewalk Hustle: Let’s talk about weed. Because, Canada.
Jesse Hughes: I love weed. I like drugs in general but I’m not one that likes to do anything that doesn’t suit me. I don’t drink, it’s a lot of work for a shitty high, never have. I like really intense pharmaceutical grade amphetamines because sleeping sucks, and I’m already hyper so it’s more like blowing out an oil fire with dynamite. And the weed doesn’t really ever still me out, it actually charges me, it has the reverse effect. It’s when a diabetic takes their medicine, it takes a while to get to dosage right.

SH: Tell us about the new record, the first in seven years, Zipper Down.
JH: Joshua [Homme] had to make a Queens album and a Them Crooked Vultures album and I made a solo album, but we never really look at it like there’s a certain time, there’s just right on time. Honestly too, the first time that we did press, we were asked, “why has it been seven years”, and we were like “it hasn’t been seven years…?” and it really hadn’t occurred to us, and we actually had it in our heads that it had been four or five years. You know, sometimes you get stuck on years in rock and roll, that’s when you have a really good job.

SH: How was the recording process different from on previous records?
JH: I always feel like it’s a learning curve. I try to learn something new. I always want to be a better songwriter and engineer. This album is the first album that Joshua and I really made as equals, in terms of my knowledge. Because he’s the most gifted greatest person I’ve ever known in my life and it’s been a cool thing to have. You want to be worthy of Joshua Homme.

SH: Will we ever see him on stage with you?
JH: Maybe. Maybe. But I’m a vain mother fucker and I don’t want anyone to look at anyone else but me.

SH: Where was your cape this time?
JH: They told us that our set was cancelled [due to weather], we were told it was done, and they confirmed it twice, it was done. And our bass player for example, he never smokes weed till after the set, so he starts smoking weed immediately, and then all of sudden our guy comes in and says “okay you can play for 30 minutes” and we were all like “what?!” so we just ran, and he said “you gotta come now.” I didn’t have time to get my cape, do you have any idea how tragic that is?! But I got new one, it’s a full length santa claus cape, that’s really awesome. Thank you for knowing about my capes.

SH: You got that whole cool guy greaser, wicked moustache going on… What’s the story behind your look?
JH: So, a lot of girls didn’t have sex with me on purpose when I was in high school and that really sucked. So, when I got into a rock and roll band, I realized I might have some accoutrement to my otherwise inability to do it. So I wanted to prepare for the part, and I felt if I looked like every of-age girls dad when they were about four, I would have a sort of “Paging Dr. Freud” edge. And that’s honestly how it started. Then I started wearing Sailor Jerry aftershave because then I could smell like their grandfather when they were eight and look like their dad’s when they were four, and they had no weapon to avail themselves against me.

SH: Maybe smoke a cigar…?
JH: Which I occasionally have for affect, you have to look at your subject. It’s only because I really love women that I want to know how to reach them, most affectively.

SH: What music are you listening to?
JH: I’m gonna give you that corny answer… I like all music. I’ve been listening to a lot of Roberta Flack “Feel Like Makin’ Love,” “The First Time Ever I Saw Your Face,” that album. I’ve been listening to Brian Eno a lot, ‘Here Come the Warm Jets,’ and The Sonics. I obviously have used the Bachman–Turner Overdrive machine in every fucking song, so, I like that. I like shit that dances, and I personally don’t like overly complicated songs. I like Zapp & Roger, you know, things that groove, I like hypnotism as opposed to engaging. Music to me is like the oder that comes out of pie in a bugs bunny cartoon and grabs you by the nose and pulls you in by the toes. That’s what music is like to me, it’s the difference between a magician and wizard to me, and I want to be a wizard.

Zipper Down drops on October 2nd. Pre-order it now on Apple Music. 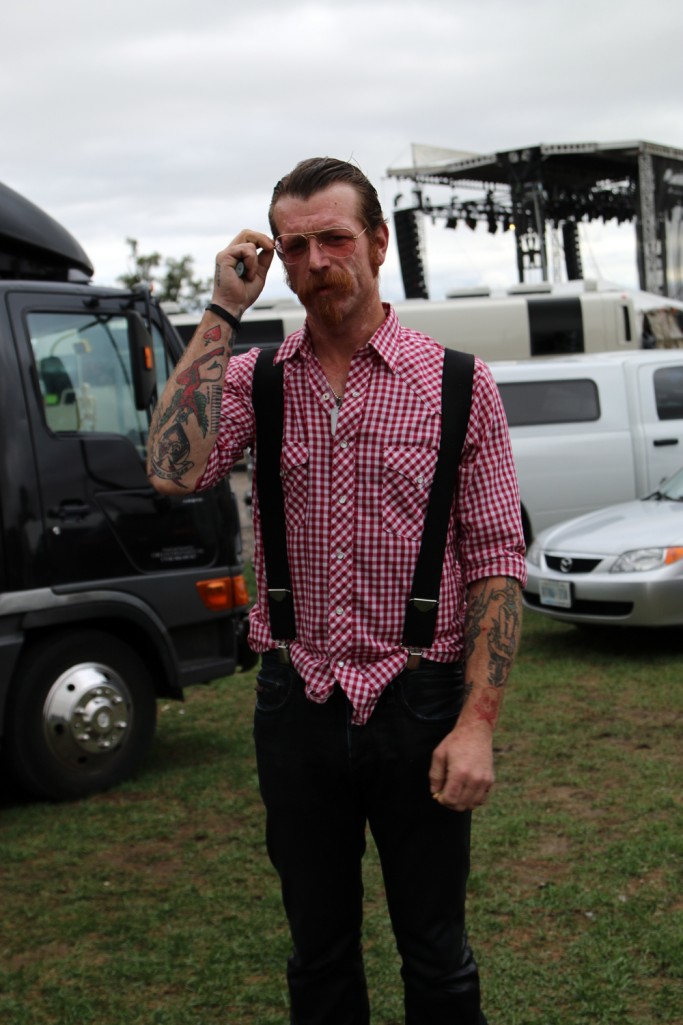 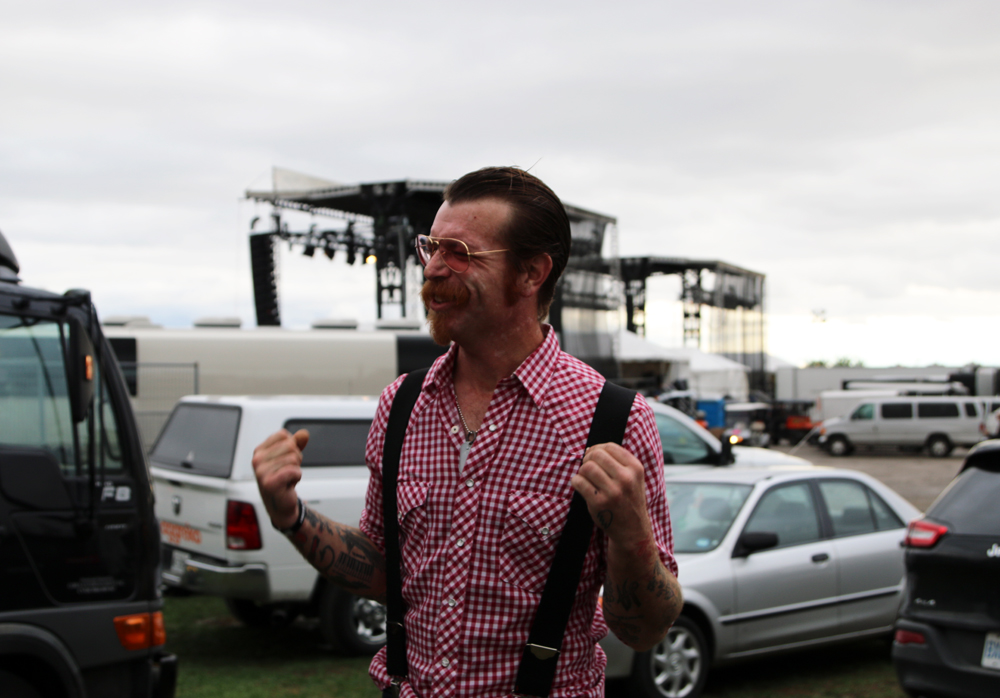 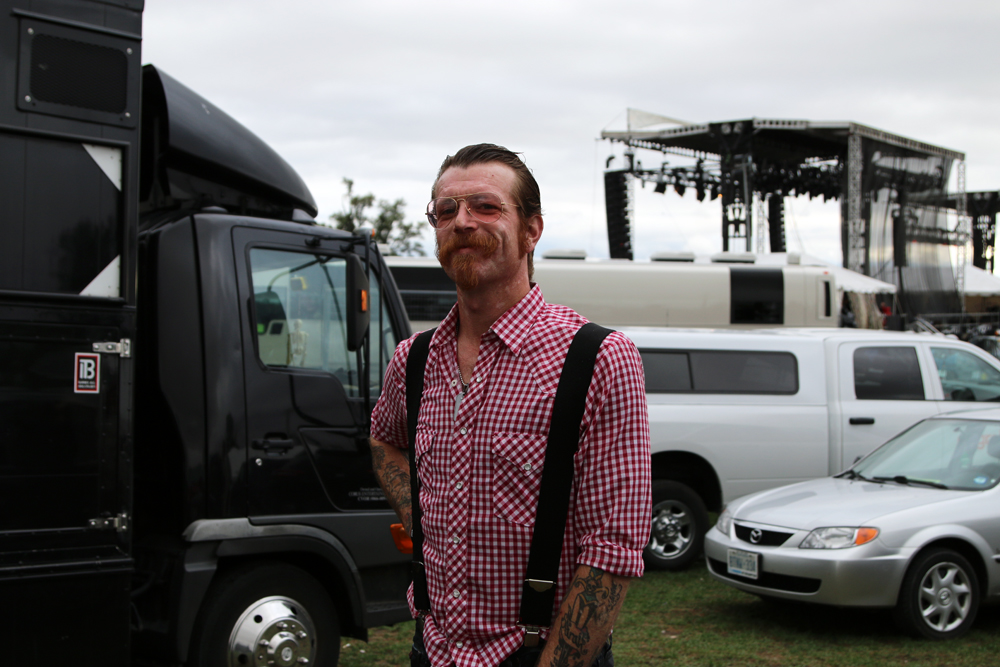